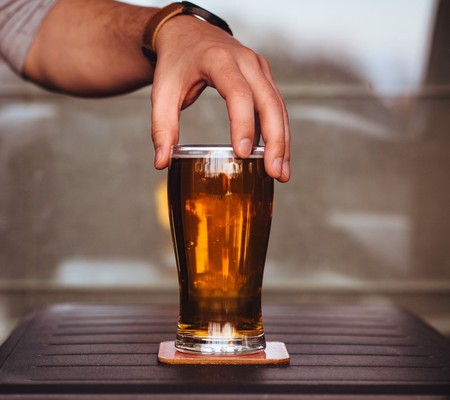 The Oregon Public House (O.P.H.) is rooted in Portland’s Woodlawn neighborhood—one of the city’s most diverse communities. Housed in a century-old building, the pub looks like a standard Portland establishment—exposed brick walls, bearded bartenders, funky décor. However, what the team is doing is nothing but standard: O.P.H. is the world’s first not-for-profit pub.

The idea came to Stephen Green, Ryan Saari, and Scott Baker in the summer of 2009, when the country was suffering from a devastating recession. Sitting in Saari’s backyard, they got to talking about some of Rose City‘s favorite things: charity and beer. Many know Portland is the craft beer capital of the planet, but did you know the city also hosts more nonprofit organizations than anywhere else in the United States?

Green made the observation that nonprofits seem to really struggle during a recession, to which his friends agreed, adding that people tend to drink more during hard times. Then the lightbulb came on. What if they opened a not-for-profit pub?

After years of planning, prepping, saving, and building, Saari, Green, and Baker opened the revolutionary O.P.H. on May 17, 2013. Though the pub hires its staff at industry-standard wages, its three founders and the rest of its board members work as volunteers, ensuring that all the company’s net profit goes to charities.

In the five years since its opening, O.P.H. transformed into a hub in the Woodlawn community, raising over $168k for a variety of Portland-based nonprofit organizations. Six nonprofit partners revolve every five and a half months and have included organizations like the affordable housing advocate, Welcome Home, the service dog trainers, Joy of Living Assistance Dogs, and the underserved youth and families guiding Self Enhancement, Inc. Every time a patron orders, they’re asked what they’d like and where they’d like their donation to go.

Aside from serving mouth-watering pub food and showcasing some of the best local breweries in town on a rotating tap list, O.P.H. also brews its own beer under the Aletruism label. The in-house ale features an I.P.A., light beer, red ale, and Hazy I.P.A., and gives O.P.H. a chance to distribute its own tasty suds and wonderful philosophy of “Have a pint, change the world.” Cheers to that.