This Fairytale Amusement Park in Oregon May Actually Be Haunted 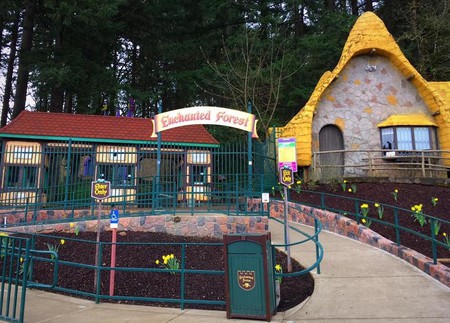 At Enchanted Forest, a massive amusement park in Oregon, a series of spooky experiences have created suspicions from employees and visitors alike.

Portland or Salem natives share one major commonality: childhood visits to Enchanted Forest. The whimsical 20-acre amusement park was quite literally built in an Oregon forest and stands in line with all the uniquely unusual experiences in the Beaver State. From original, hand-crafted attractions like Storybook Lane and Tofteville Western Town, to rides like the ice-mountain bobsled roller coaster and big timber log ride, Enchanted Forest is a dreamy outdoor funhouse for kids (and maybe their parents, too).

Sounds pretty magical, right? That all depends on who you ask. Though many experience nothing more than a charming park, other more abnormal experiences are definitely not in line with a regular amusement park. For many, a visit to the Enchanted Forest can be a supernatural phenomenon. 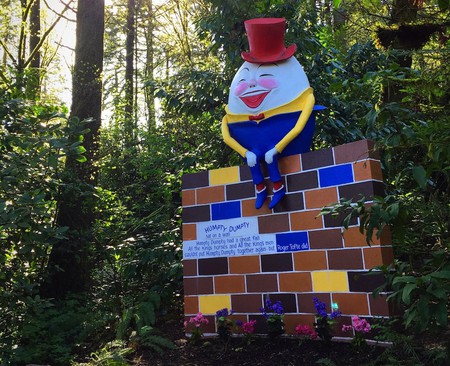 Tales of employees feeling a ghostly presence on attractions like the Haunted House and Challenge of Mondor ride caught the attention of Travel Channel’s paranormal investigative team, Ghost Adventures. Zak Bagans, Aaron Goodwin, and their crew made the trek to Turner, Oregon to check out the park for themselves.

The story of Enchanted Forest starts with Roger Tofte, the park’s creator, who spent every last penny he had to make his passion project come to life in 1971. Tofte was unexpectedly met with the stories that would befall Enchanted Forest for decades following. 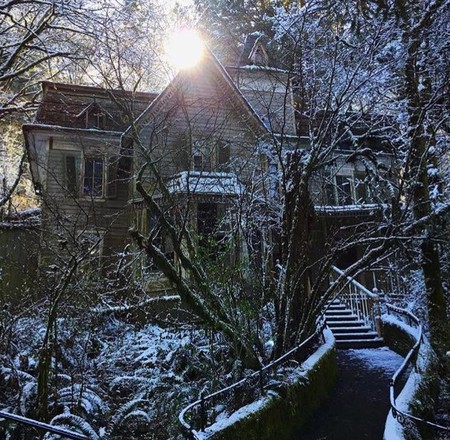 During Ghost Adventures, the team chatted with Ashley Tofte—the park’s manager and Roger Tofte’s granddaughter. Though she never personally experienced any supernatural phenomena in the haunted house, Tofte admitted the attraction made her feel anxious and overwhelmed. She took the team on a walkthrough of the old house, filled with hand-crafted props that would make your skin crawl, and Bagans discovered a cold spot that could be attributed to an otherworldly presence. “[It] was a very strange but amazing experience,” Ashley said.

Bagans and Goodwin also interviewed the Challenge of Mondor Ride Operator, Chriss Dunn, who had an inexplicable encounter one morning in 2016 while prepping the wizard-themed target-shooting attraction for the day. He explained how he heard footsteps behind him, but no one was there.

“Five seconds later, it’s like I just got hit with this energy right through me,” he said. “It made me really dizzy, and then I just got the chills.” Later in the day, the same thing happened with more intensity. He took photos of the ride not in operation and captured images of what looks like an orb that changes shape in three sequential photos. 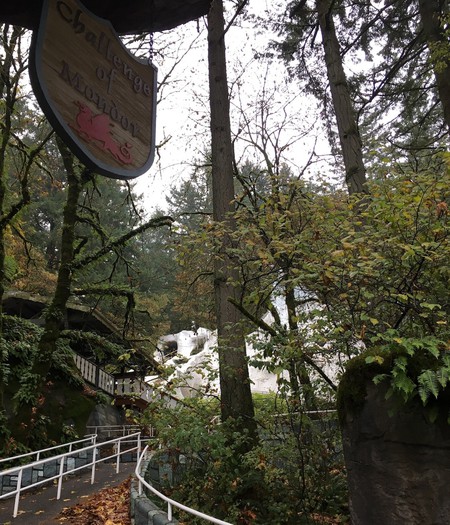 Outside of the Challenge of Mondor | © Ashley Tofte / Enchanted Forest

The Ghost Adventures team spent the night in the park and experienced some of these things for themselves, from feeling a chilling energy in the Challenge of Mondor to communicating with a spirit in the haunted house. But perhaps even more interesting than the paranormal activity itself is its origin—the haunted house was built along with the rest of the attractions and Challenge of Mondor was constructed in 2006, but no tragedy has occurred in the park, so where did the spirits come from?

In August 1846, Oregon settlers and Native American tribes of the Willamette Valley fought a bloody battle in present-day Salem known as Battle Creek. The Ghost Adventures team believes that energy could be the cause of the manifestation in the theme park, which was built in close proximity to the gruesome fight.

If you ask Roger Tofte if his park is haunted, he’ll give you a different answer. “The only strange experiences I’ve had in the park are the strange ideas that come into my head on what to create next!” he exclaimed to the Ghost Adventures team. When asked if he believes in ghosts, he says, “not really,” with a laugh. Haunted or not, the Enchanted Forest is truly a one-of-a-kind experience that should be on any Oregon native or visitor’s bucket list.