The Most Impressive Buildings in Portland, OR

Portland Union Station | © Ian Sane / Flickr
Like many American cities, Portland, Oregon has a bustling downtown, dotted with skyscrapers and lined with offices and all sorts of businesses. Just north, the Pearl District speaks to the city’s industrious past with the neighborhood’s warehouses and riverside factories. Elsewhere in town, Victorians and Craftsmen houses add a sparkle to residential streets, while candy-colored homes decorate the Southeast. No matter where you go, here is a list of impressive structures you can’t help but notice.

Building
Portland building | © Nikreates / Alamy Stock Photo
Known as one of the most hated edifices in America, the Portland Building stirs up quite the controversy. The structure, built in 1982 to house city government offices, was originally praised before an onslaught of architectural criticism and the discovery of several design flaws. Love it or hate it, it’s a remarkable example of postmodern architecture and a conversation piece for sure.
More Info
Open In Google Maps
1120 Southwest 5th Avenue, Southwest Portland, Portland, Oregon, 97204, USA
+15038234000
View menu
Visit website
Visit Facebook page
Send an Email
Give us feedback

Building
One of the tallest structures in the city’s skyline, the 42-story U.S. Bancorp Tower is Oregon’s largest office building in terms of volume. Dubbed the “Big Pink” because of its unusual color, the architects behind the tower managed to work in many unique design elements that make it such a standout. First of all, the structure has a parallelogram footprint, making for an intriguing range of perspective (super narrow to very wide) and no right angles.
More Info
Open In Google Maps
U.S. Bancorp Tower Southwest Portland, Portland, Oregon, 97204, USA
View menu
Visit website
Visit Facebook page
Send an Email
Give us feedback

You’ll see the Romanesque Revival clock tower first, its neon signs calling passersby to “Go By Train.” Built in 1896 and beautiful inside and out, Union Station is a highlight of the Old Town neighborhood and a sight to see when visiting Portland. Or why not make it your travel port with a train trip up or down the coast to Seattle or San Francisco? 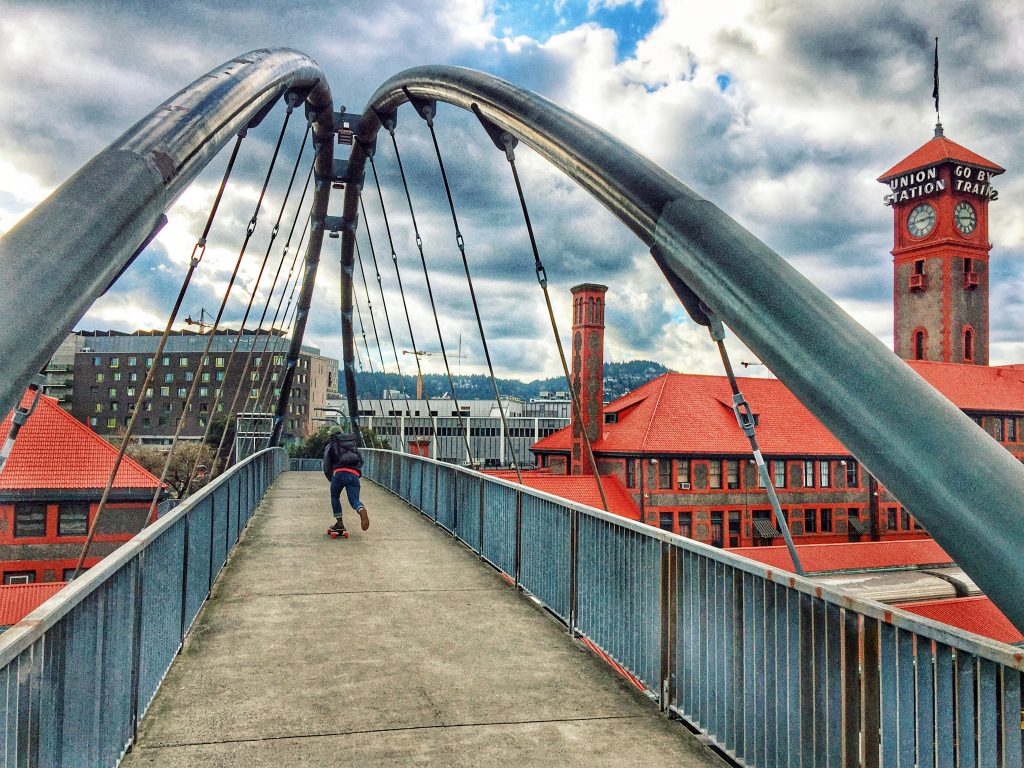 The academically inclined may want to wander southeast toward Reed College, a beautiful campus featuring a forested canyon nature preserve as well as stunning examples of Tudor-Gothic architecture. Designed by famed Portland architect A. E. Doyle, Eliot Hall was built in 1912 as the college’s arts and sciences building and now houses staff and faculty offices and classrooms.

Cosmopolitan on the Park

Among the many glistening apartment buildings lining the Willamette River, the Cosmopolitan on the Park is the tallest residential tower in Portland, and the most visually stunning. The city’s own Benson Industries designed the reflective glass curtain wall for which the building is so famous—the same kind of exterior the construction company created for New York City’s One World Trade Center.

Cosmopolitan on the Park, 1075 NW Northrup St, Portland, OR, USA

Memorial
Sometimes referred to as the “Glass Palace,” Portland’s Veteran Memorial Coliseum is an indoor arena with a seating capacity of over 10 thousand people. A war memorial of two black granite walls stands before the structure, inscribed with the fading names of those who perished. It’s definitely worth a look, with its International Style architecture in gray glass, aluminum forms, and impressive construction.
Looks like it's closed Hours or services may be impacted due to Covid-19
More Info
Open In Google Maps
300 North Winning Way, North Portland, Portland, Oregon, 97227, USA
+15032358771
View menu
Visit website
Visit Facebook page
Send an Email
Give us feedback

A former federal post office that’s now home to the Pacific Northwest College of Art, the 511 Federal Building was built in 1918 and designed by American architect Lewis P. Hobart. The six-story building has housed various governmental departments over the years, but it’s most fascinating aspect has to be the walled off Shanghai tunnels in its basements—a series of passages linking local hotels and bars to the Willamette River docks. 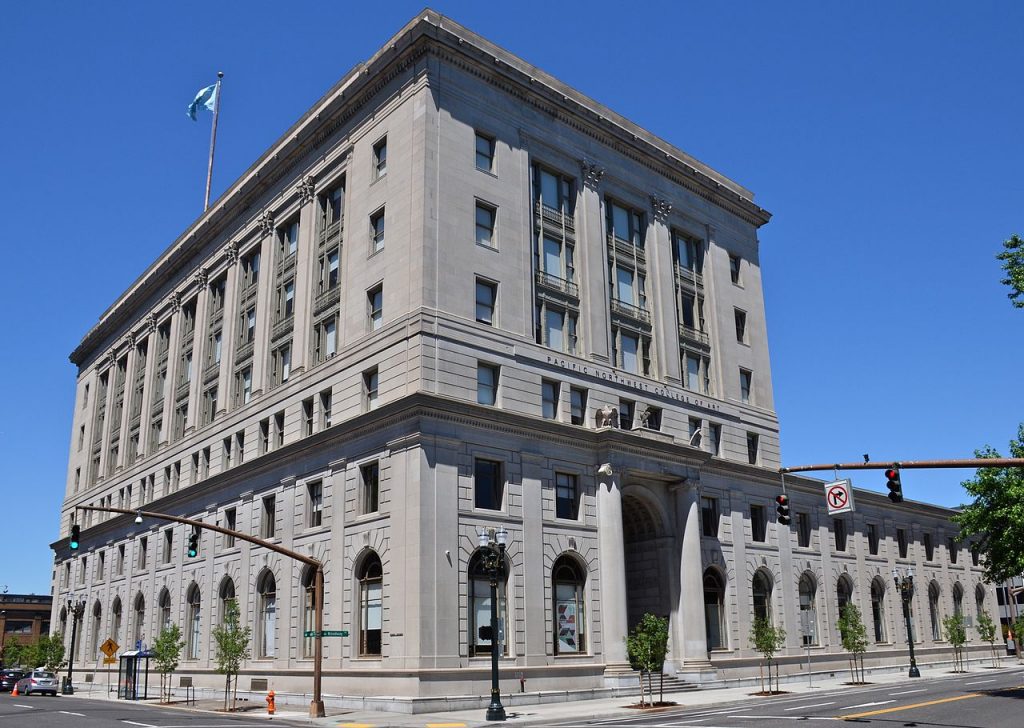