The 7 Most Beautiful Parks in Oregon

It’s no surprise that Oregon is home to some of the most beautiful national and state parks in the country. With all the rain comes lush greenery, rushing rivers and cascading waterfalls, and there are breathtaking locales to take in all of the state’s natural wonders scattered throughout every region of Oregon.

From the bluest lake you’ll ever lay eyes on to chiseled gorges and scenic coastal landscapes, these are the most beautiful parks in Oregon.

Crater Lake National Park is a must-see destination in the Pacific Northwest—and for good reason. The color of the water is jaw-dropping, and the views can’t be beaten. The lake sits in the caldera of Mount Mazama—a volcano that exploded with a force 42 times greater than Mount St. Helens almost 8,000 years ago. The heat’s intensity completely sealed the bottom of the caldera, creating a basin that turned into a pristine lake over thousands of years. The water in Crater Lake is some of the clearest in the world, and it’s the deepest lake in the whole country. 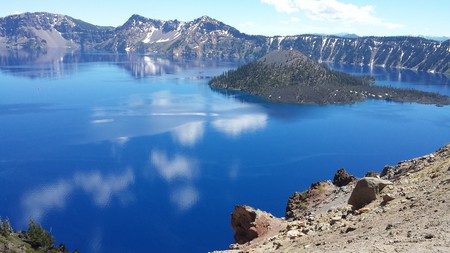 The Columbia River Gorge is what separates Oregon from Washington, and it’s stunning. The 80-mile-long (129 kilometers) gorge was carved over millions of years by the Columbia River as it made its way to the Pacific Ocean, and as it formed, so did miles of vibrant foliage and 77 waterfalls on the Oregon side alone. Although a tragic wildfire damaged the gorge during the summer of 2017, it remains one of the most beautiful places to hike and sightsee in all of the Pacific Northwest. 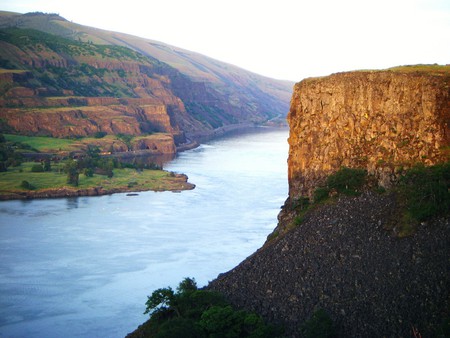 The Rogue River lives up to its name. The rushing rapids and rugged scenery make this Southwest Oregon waterway truly wild. Visitors can explore the river by raft—the 35-mile (56-kilometer) downstream stretch from Grant’s Pass is one of the best whitewater runs in the country—or by foot along the Rogue River National Recreational Trail, which parallels the water for more than 80 miles (129 kilometers). Whichever way you decide to experience the Rogue, you won’t be disappointed. 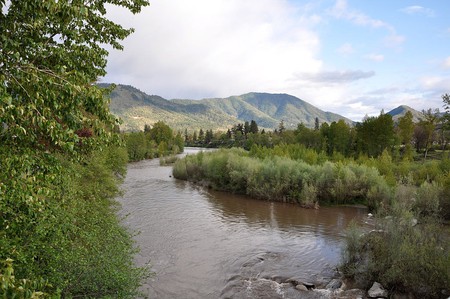 Oregon’s coastline spans 363 miles (584 kilometers), and it’s all open to the public. No matter where you go on the coast, you’ll be greeted with spectacular views of jutting cliffs, massive sand dunes, and windswept trees; however, the most breathtaking locale of all is Ecola State Park. Located just north of Cannon Beach, this nine-mile (15-kilometer) stretch of land wraps around Tillamook Head, a promontory forested by Sitka Spruce, and boasts awe-inspiring vistas of the frothy Pacific Ocean below, as well as rocky sea stacks including the majestic Haystack Rock. 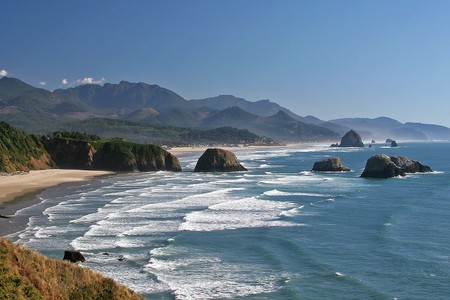 Oregon’s many shades of green are broken up by Smith Rock State Park, which proves that red, yellow and orange hues exist in the Beaver State too. The Central Oregon locale acts as a gateway into the state’s arid desert landscape, and it’s a haven for rock climbers. Smith Rock has some of the hardest routes in the world, including the first 5.14-grade climb ever completed in America, but don’t worry beginners—there are plenty of rock faces for you to climb as well. For those who’d like to experience the park closer to the ground, there are exceptional hikes, mountain biking, and the scenic Crooked River to explore as well. 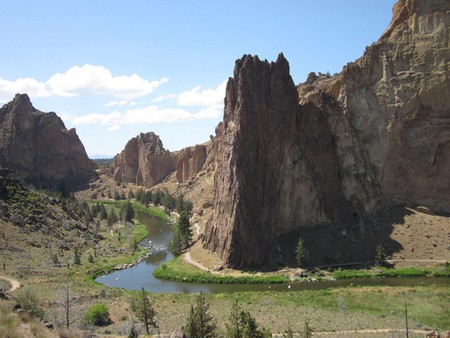 Silver Falls State Park is a waterfall lover’s dream. Known as the “Crown Jewel” of the Oregon State Parks System for its beauty, recreational options, and history, the park is nestled in the Cascade Mountain foothills. The 9,200-acre property boasts a breathtaking hike called the Trail of Ten Falls that weaves through a dense forest and gives visitors the opportunity to walk behind the famous South Falls and see a 177-foot (54-meter) curtain of water cascading right in front of them. 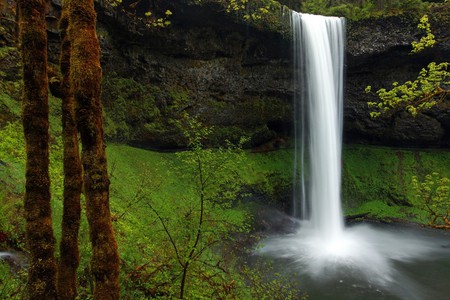 Cottonwood Canyon is Oregon’s newest state park. Carved from the John Day River, this monstrous canyon is loaded with hiking, biking, horseback riding, and watersports opportunities along a 16-mile (26-kilometer) stretch of the Northwest region’s 284-mile-long (457 kilometers) Columbia River tributary. Becoming part of the Oregon State Parks System in 2013, there are parts of the park that are still being worked on to create an extensive network of trails, but what’s already open to the public is an exceptional sight to behold. 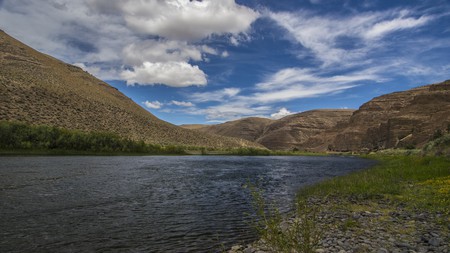