Meet the Army Vet Trying to Inspire Others Through Sumo 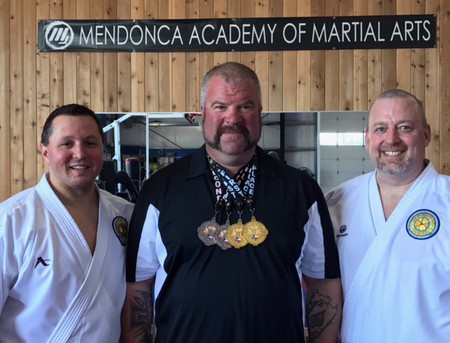 Shawn Buller isn’t a sumo wrestler for the accolades or the medals or because he got bored and needed a hobby. Buller does it for his brothers. He does it to inspire and represent his fellow combat veterans.

Buller served with Oregon’s 2/162 Infantry 1st Cavalry Division in Baghdad, Iraq, during the Iraq War from 2003-05.

“If I can inspire one to try, to challenge themselves, and not go down the dark road that claims so many of our veterans each day — if I can help just one — that’s a win,” Buller said. 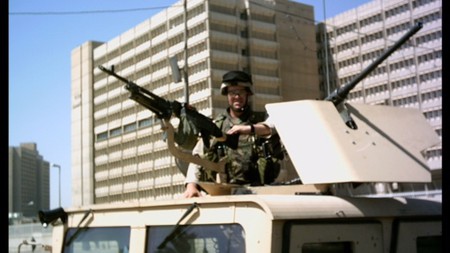 Buller, 44, will be part of the more than 60 sumo wrestlers from 15 countries around the globe participating in the 2017 U.S. Sumo Open on Saturday, June 17 in Los Angeles. Founded in 2001 by Andrew Freund, the U.S. Sumo Open is the world’s largest and longest-running annual sumo competition outside of Japan.

Buller is fresh off two gold medals and a pair of silver medals won at the U.S. Sumo Nationals in San Antonio.

“I find great peace in this sport,” he said. “I’ve learned through experience of combat how to control adrenaline and emotion. Nerves are non-existent.” 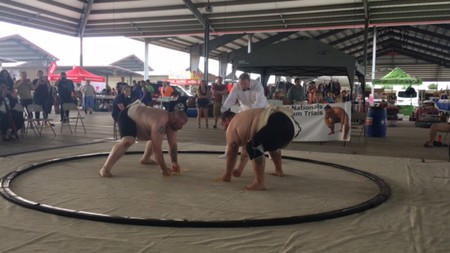 Buller’s athletic background and physical strength is a combined result of labor-intensive jobs ranging from underwater welder to gold mine operator in Alaska coupled with his law enforcement and military experience. He graduated from the Oregon Basic Police Academy in 2001 and spent a few years in law enforcement before serving in Iraq.

Training out of the Mendonca Academy of Martial Arts in McMinnville, Ore., Buller is also a blue belt in karate. Discussing the Swiss wrestling style of Schwingen, Buller, who wrestled in high school, noticed many similarities between that and sumo, but with sumo, “food and nap times are paramount.”

“It was an easy decision for me to transition into sumo,” Buller said.

Tenacity and perseverance are reasons why Buller has been able to remain motivated and successful in both life and sumo. He cites words found through Ranger Up, a company founded by veterans that makes shirts for the military and patriotic Americans. It reads:

“There’s a reason why most professional athletes don’t play past 40. There’s a reason why most military people don’t stay in past their 40. The same can be said for people in labor-intensive careers. But every so often you see that old timer still hanging in there. They seem to be just as physically capable as the rest, too. What separates them from the rest is experience. They’ve seen and done it all. They have accumulated knowledge — sometimes by learning things the hard way. They’re survivors in a world of high attrition. That’s what makes them so scary. That’s what makes them so deadly. An old man who is still hanging in there when everyone else has either quit or died is not someone you want to mess with. They don’t quit. They’ve played a real life version of king of the hill and won. Beware the old man in a world where men often die young.”