Why This Oregon Town is the Windsurfing Capital of the World 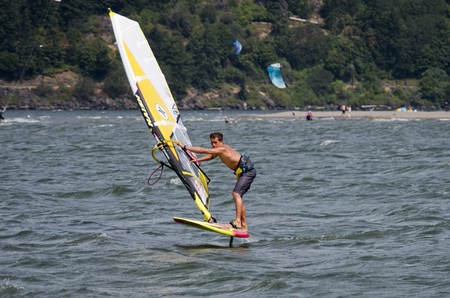 On any given summer day in Hood River, OR, you can gaze out on the water to find dozens of adventurers scattered across the Columbia River. Whether racing jet skis, slowly paddleboarding, or expert kayaking, the river is a hub of water activities. But perhaps the most common and visually-jarring is the population of windsurfers — one after another trying to catch a wake on what looks like a surfboard with a sail attached to it. A sight unfamiliar to most is actually what this small town is known for. And it’s no mistake that these windsurfing thrill-seekers ended up here, dubbing this Oregon town the windsurfing capital of the world. 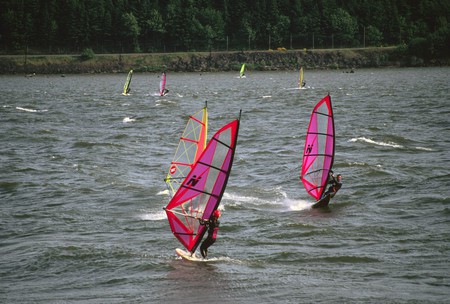 Windsurfing began as a sport in the 1980s, seeking to gain a more nation-wide traction to it. In practice, the sport deals with a few obstacles, typically with wind storms and unideal temperatures. But not in Hood River. With the magnificent Columbia Gorge in its front yard, the wind comes with the sun. The river canyon runs through the Cascade Mountains, with rock walls towering 1,400 to 4,000 feet high above the water. In the summer months, wind channels through the canyon and into Hood River, giving windsurfers worldwide a destination to seek out.

The best thing about the town’s placement is its accessibility for windsurfers of all levels. Destinations like “The Hatch” on the Washington side of the Hood River Bridge boast strong western winds and swells, making it a premiere spot for advanced freestyle riders, but, the river is kind to beginners as well — right on the Hood River waterfront sits “The Hook,” a protected cove sheltered from extreme wind and currents. With its calm perimeter making it easy to perfect water-starts, this is an ideal learning location for beginning windsurfers. During the summer, local windsurf shops teach out of the cove. 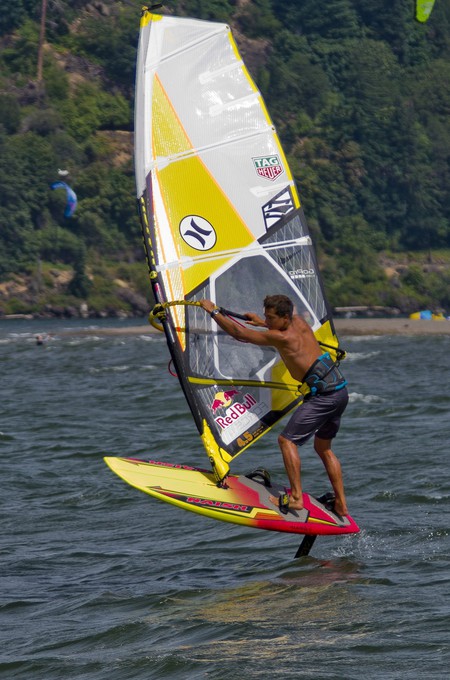 No matter the skill level, Hood River is the most profound place for windsurfers — and still a destination for those who aren’t interested in participating in the sport, but want to spectate.