Downward Dog and Drink at This New Oregon Yoga Class 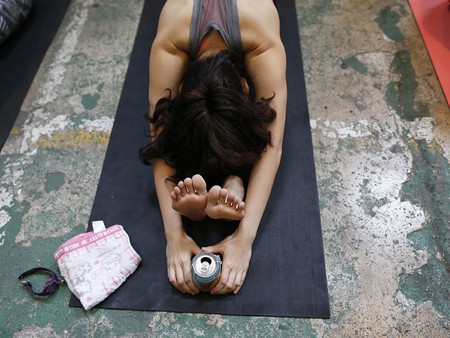 Finally, a fitness routine everyone can enjoy.

People from Bend, Oregon love two things: beer and fitness. And now they can indulge in both, at the same time.

Bend Beer Yoga is a fitness class that strives on not taking itself too seriously. Patrons drink beer (cider, wine, or cocktails) while practicing beginner yoga moves in this new fitness class.

Founder Cady Lindsey will be the first to tell you she’s no yogi, but the Bendite found that yoga was the most helpful thing she tried while recovering from a car accident. After reading about beer yoga in Germany and realizing it had made its way to the United States, Lindsey scoured the web to find a local class, but to no avail.

“When I realized it wasn’t being done here, I thought that it should be,” she told Bend Magazine. “It was an ‘if you build it they will come’ sort of situation. Bend people are active. They want to do more than just sit at a bar.” 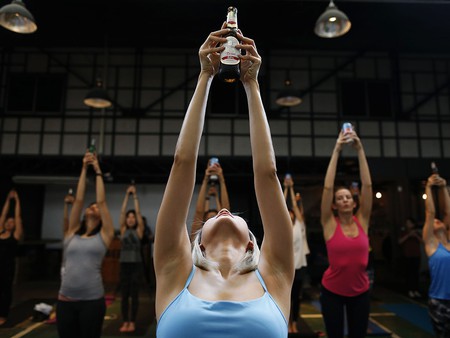 Her inaugural class was held in September at Worthy Brewing and was fully booked by Fall. Events are now held at breweries all over the city. The classes are taught by four rotating instructors, who each bring their own music and style. As a result, classes can range from restorative to flow.

“It’s meant to be pretty beginner and accessible to anyone [who is over 21 years of age],” Lindsey explained to Bend Magazine. “It’s interactive. There’s a lot of ‘cheersing’ and laughing going on.”

Incorporating beer into the routine is also a genius way to help students’ minds from wandering. “When you’re holding a beer, and trying to balance at the same time, you can’t help but be present,” Lindsey admitted, “because otherwise you’re going to spill your drink.” 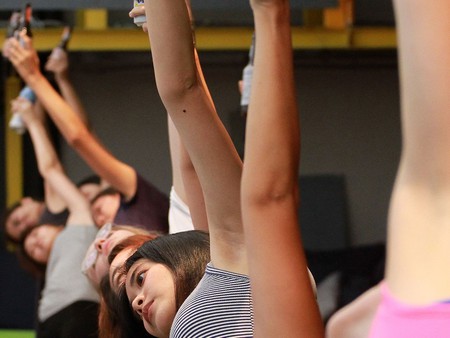