The 10 Most Beautiful Towns in Oklahoma

Oklahoma, from mountain ranges to prairie land, the Sooner State showcases some of America’s most remarkable landscapes. The state is a mixture of the south, west and midwest, making it stand as one of the most cultural and linguistically diverse areas in the country. Its towns, too, tell important tales about the country’s rich history. Here are the 10 most beautiful towns in the state. 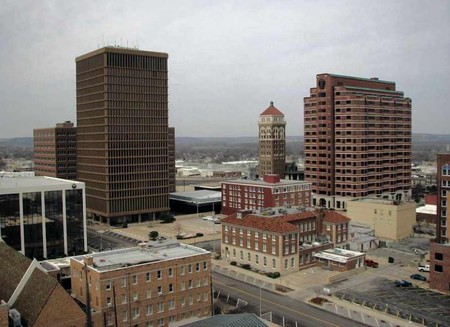 An old mill town dating back to the 1870s, it has a rich history reaching back through Native Americans, with the Osage, Cherokee and Delaware tribes being resident in the area, to the colonial settlers, who found great prosperity in the area due to oil. Today, Bartlesville is a far cry from the industrial center that it used to be. There are a number of lush parks and hills to visit, learn about the state’s history in the numerous museums, or simply admire the architecture all around, notably the frontier architecture in the downtown district. Look out for the painted buffalo around town or visit the replica commercial oil well for a new old look at the town. 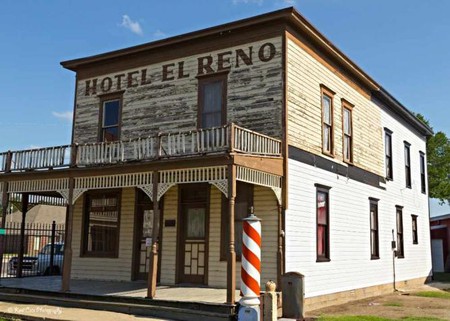 During the land rush around 1889 on the intersection of the historic highways Route 66 and the Chisholm Trail, El Reno was built. This pioneer town has had a tumultuous history as a railroad town, the home of three land runs, and currently stands as a festival town as well as a leading area in energy innovation. The past is still present in El Reno, and visitors can get lost for days exploring the array of historical buildings, including Fort Reno, the heritage express trolley route, and Hotel El Reno. The town has been hit by strong earthquakes and tornadoes over the past half century, but has taken these disasters in their stride and have reinvented the town so that it now looks to the future, while still retaining its past.

The territorial and first state capital of Oklahoma. Oklahoma City’s loss can, however, be seen as being a big win for Guthrie. After losing its prominence as the state capital, the town has been able to maintain its Victorian character. As you wander down the quiet, tree lined streets you will be treated to seeing Oklahoma’s largest collection of urban historic buildings, with downtown being designated a National Historic Landmark due to the importance and prevalence of its turn of the century commercial buildings. Away from this impressive architecture, Guthrie boasts relaxing lakes, an enviable bluegrass festival, and a rip-roaring rodeo. With so much to do and see, it’s no wonder that it lays claim to being the state’s bed and breakfast capital.

You don’t gain a nickname like ‘Circus City, USA’ without having an interesting backstory. Named for the French novelist Victor Hugo, Hugo was founded in 1901 and has since been the winter home for many circus performers. In addition to housing over a dozen circuses, the town used to be a railroad hub, making it a hotbed of dance hall girls, hustlers and gunfighters. At the turn of the century, there was never a dull moment to be had in the area. Today the same can still be said, although for completely different reasons. In addition to the historical buildings, cemeteries and museums, Hugo Lake and its adjoining state park make the town as relaxing as it is exciting.

Dating back to the early 19th century, Kenton is one of Oklahoma’s oldest towns, though it is now really a land unto its own. It currently stands as a semi-ghost town with a total population of around 20 people. There is nonetheless great beauty in this old, empty town. The vast, open land surrounding it is quite stunning, and the buildings, wagons and ranches give a startling glimpse into the days gone by. It is located in Oklahoma’s panhandle, with visitors most commonly being drawn to the area to see the Black Mesa State Park, where they can hike the state’s highest point. Rugged terrain, geological marvels and outlaw history all make Kenton an Oklahoma escape in the purest sense of the word.

Medicine Park was originally founded as a resort town in the early 20th century. For over 100 years it has been welcoming visitors, including celebrities, journalists, and even politicians and gangsters during its heyday. Today it draws visitors in as a vintage cobblestone resort town, with many falling for its quaint charms and abundant attractions. The cobblestones are a natural geological occurrence in the area and, in addition to the streets, feature on many of the town’s buildings and structures to give it a distinctive look. From the center of the town you can take a lazy stroll along Medicine Creek and Bath Lake or admire the surrounding Wichita Mountains. An original resort town. 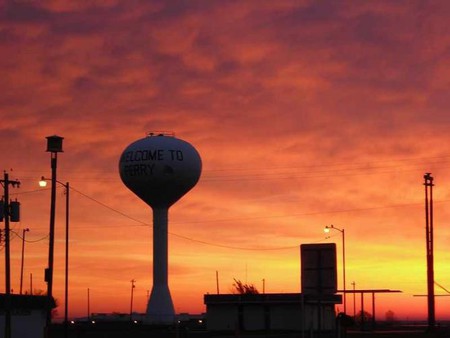 The place to be since 1893, a town that is proud of its agriculture, home-town values and progressive businesses, Perry currently thrives as a tourist-friendly town steeped in monuments and activities from old and new. The town was founded just before the great land run, and it spouted the Cherokee Strip Land Run, the biggest event of its kind in the world, with some 100,000 people trying to lay stake in land, and is still celebrated today. The historic downtown square and courthouse park offers exemplary turn-of-the-century architecture and has an abundance of antique shops and independent cafés and restaurants. You can take part in agro-tourism, with farmers, like the rest of the town, opening their doors to share their lifestyle with you.

As the home town of Oklahoma State University, Stillwater is one of the liveliest towns on our list, and indeed the state. The town has a thriving arts and culture scene as well as bustling nightlife and several annual festivals and events, most famously ‘America’s Greatest Homecoming Celebration’. It is located in Oklahoma’s Tornado Alley region, which boasts a humid, subtropical climate which allows for the town to be in bloom for most of the year. Its motto is, ‘where Oklahoma began’, and indeed there is plenty of history to be discovered within the town. Similarly, it shows where Oklahoma is going, with a vibrancy and lifestyle that keeps visitors and settlers coming year-round. 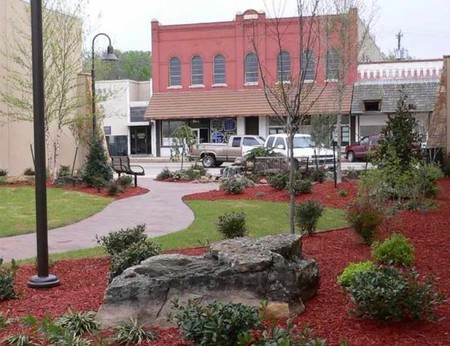 Tishomingo | Courtesy of City of Tishomingo

The largest city in Johnson County and the first capital of the Chickasaw Nation, quite the achievement for a town totalling just over 3000 with around half of the population coming from the Murray State College. With its rich history, sensational natural beauty and welcoming atmosphere. Tishimingo really lives up to its town motto of ‘progressive, growing, beautiful’. Large numbers of fishing fans come to the area to make the most of the Blue River. Even if you aren’t a fishing enthusiast, it is worth heading down to the river to take in the stunning views, and other scenic escapes in the town can be found at Pennington Creek and the adjoining National Wildlife Refuge. A green and blooming town.

For the past 122 years, Woodward has seen a lot of history and a lot of change. As with many of the most prominent Oklahoma towns, it has seen railroads and cattle drives, land rushes and gunfights, natural disasters and booming industry, and it still continues to stand strong and attract visitors. Walk to the edge of town to see the vast open spaces of the prairie land, or explore within and admire the frontier architecture and flowers in bloom. The Field Station Lake is the perfect destination to relax on a hot day, and hunters, fishers and nature lovers are drawn to the nearby North Canadian River and Boiling Springs State Park. A wild journey from a rough and tumble frontier town to the prairie’s shining jewel.