Oklahoma City is a hotbed for contemporary creativity, witnessed in the many galleries of the Paseo Arts District. It is also home to renowned art institutions like Oklahoma City Museum of Art, famed for its stunning Dale Chihuly glass works, and a State Capitol Building with an art collection larger than most other American States. We take a closer look at nine of Oklahoma City’s best contemporary art museums, galleries and not-for-profit centres.

Museum
Facebook
Email
Twitter
Pinterest
Copy link
Share
Dreams of a permanent art museum were realised when Oklahoma City Museum of Art opened in 1945. Housing an extensive collection of European and American art from the last two centuries, the museum has become one of the city’s key attractions. Every year it presents three to four museum-organised and travelling exhibitions in its first-floor gallery. Such shows include works by the likes of Ansel Adams (1902-1984), one of the most renowned photographers of all time. Rotating exhibitions of pieces from the permanent collection also take place on the second and third floors of the museum. Some of the most popular items in this collection are Dale Chihuly’s jaw-dropping glass works, including a 55-foot blown-glass tower and boats filled with giant, colourful balls and flowers.

[Artspace] at Untitled is a contemporary art centre located in an old warehouse in the Deep Deuce district, famed for its jazz roots. With a strong community focus, the centre runs printmaking classes and workshops, as well as an inspiring exhibition programme. The Untitled gallery space presents an eclectic mix of artists, like Mark Fox, whose work is influenced by his childhood experiences of tornadoes, prompting him to catalogue his belongings through art. Group shows cover a broad range of concepts, which in the past have involved Oklahoma artists creating prints to represent historical events between 1810 and 1843. Untitled is also home to a photographic resource centre, which includes a collection of 5,000 prints from the Photographic Society of America.

In its new gallery space of over 2,000 square feet, Istvan Gallery at Urban Art hosts quarterly exhibitions and pop-up shows in between. Works of both emerging and established Oklahoma artists are featured, such as that of the multi-talented Christie Owen. In the past Owen has presented minimalist sculpture, jewellery and furniture that bridges the gap between the fields of art and design. Gallery exhibitions also promote new media through shows that tackle subjects like early video game history. Such shows encouraged participation from audiences via light-hearted demonstrations and competitions. Furthermore, Istvan Gallery embraces other art forms through an events programme that includes poetry readings, Story Slams and film showings. 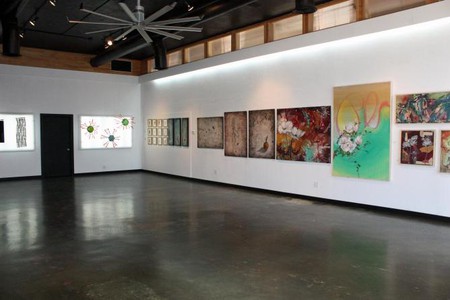 The Oklahoma State Capitol is an historic civic building housing the Capitol Art Collection and the State Art Collection. The Capitol Art Collection comprises more than 100 permanent sculptures, murals and paintings located throughout the grounds. Furthermore, four art galleries exhibit collection works from past and present Oklahoma artists. The Betty Price Gallery is one such space, home to the contemporary art section of the State Art Collection. Strong in works from the 1960s and 1970s, this section covers Abstract Expressionism, Geometric Abstraction, and Post-Painterly Abstraction by artists like George Bogart, Bob D. Barker and Leon Polk Smith. Temporary exhibitions also take place in the Capitol’s galleries, ranging in scope from photojournalism to contemporary painting and sculpture. 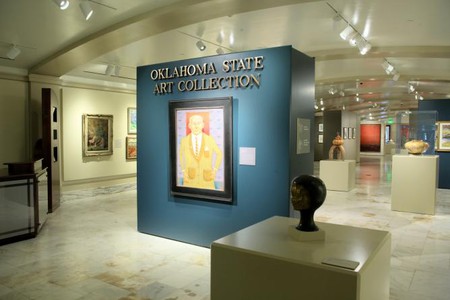 In the heart of the historic Paseo Arts District lies an adobe-style building that houses the Contemporary Art Gallery. Showcasing artistic talent mostly from Oklahoma, the galleryhosts a new exhibition every month, including recent work by member artists. In additionto traditional media, the gallery also displays glass art, ceramics and jewellery. Some ofthe more abstract artists to be shown here include K. B. Kueteman, whose lively acrylics often depict Native American scenes. Stephen Webber is another of the gallery’s unique artists; creating digital photographs that sometimes trick viewers into believing the works are oils or watercolours.

The not-for-profit Oklahoma Contemporary Arts Center was founded in 1989 under its original name of City Arts Center. Since the beginning it has played an important cultural role in the city, providing affordable arts programming and education for the local residents. Innovative art shows take place year-round in the center’s Eleanor Kirkpatrick Gallery, and its Bridge Gallery provides an exhibition space for community artists and groups. Furthermore, new media and experimental works are presented in the Circle Gallery, such as Laurie Frick’s installations themed around the self-tracking of daily routines. Oklahoma Contemporary Arts Center also hosts youth art camps, lectures, film nights and workshops. 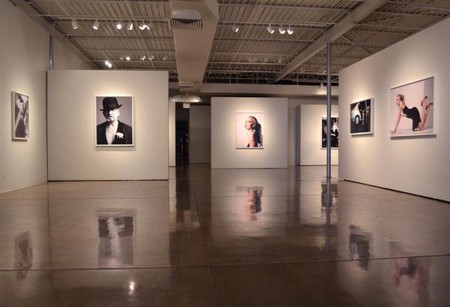 Situated on The University of Oklahoma campus in Norman, the Fred Jones Jr. Museum of Art lies just south of Oklahoma City. Significant collections here include traditional and contemporary Native American art, French impressionism, art of the Southwest, Asian art and many American pieces from the last century. The Modern and Contemporary art section contains works by the likes of Robert Rauschenberg, Ed Ruscha and Roy Lichtenstein. The museum’s 40,000 square feet of gallery space also houses temporary exhibitions, covering themes as diverse as worldwide indigenous photography, to the politics of art during the Cold War. In addition, the museum hosts the much-anticipated annual student art competition, which celebrated its centennial anniversary at the start of 2014. 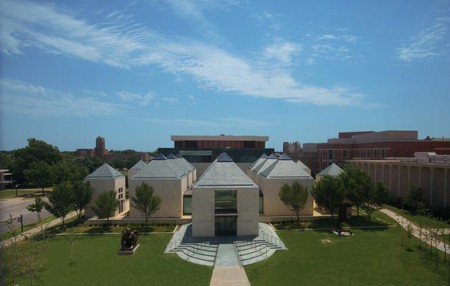 JRB Art at the Elms

JRB Art at the Elms is an award-winning gallery in Oklahoma City’s Paseo Arts District. The gallery, which celebrated its 10th anniversary in 2013, showcases a diverse mix of emerging, established, and international artists. Its exhibition programme changes every month, setting an energetic pace for Oklahoma’s art enthusiasts. In these shows a wide range of media is presented, from Karen Hayes-Thumann’s black-and-white photographs of blues musicians, to Don Narcomey’s earthy sculptures made from reclaimed materials. JRB Art at the Elms also participates in Paseo’s monthly First Friday Gallery Walk, featuring a plethora of artists’ works in more than 17 galleries of the district.

Located in the historic film district of Downtown Oklahoma City, Individual Artists of Oklahoma (IAO) has one of the finest gallery spaces in the region. Founded in 1979 by three poets, the alternative arts organisation encourages experimental contemporary practice. It provides an outlet for thought-provoking works in media that include film, video, performance and poetry, in addition to visual arts. The gallery presents talents like Erin Shaw, a Native American artist whose imaginative paintings tell stories of spaces existing between worlds, inspired by an inner sense of duality. IAO also participates in Premiere on Film Row, an entertaining monthly event featuring exhibitions, films, live music and performance in local venues.