How the Town of Hooker Got Its Slogan, "It's a Location, Not a Vocation" 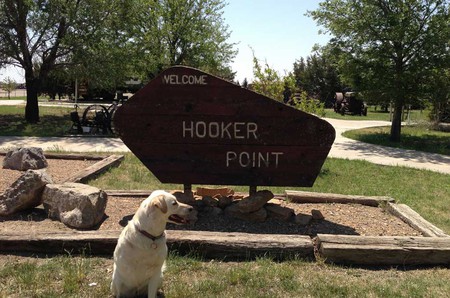 Deep in Oklahoma’s Panhandle territory, at the intersection of three highways, lies the small town of Hooker, population 1,955. It’s perhaps an unconventional name but one which the citizens of Hooker are proud.

Even though Hooker wasn’t founded by a cadre of women employed in the world’s oldest profession, but instead by a ranch foreman named John “Hooker” Threlkeld, who had a particular talent for “hooking” a calf out of a herd, that doesn’t mean they can’t have a little fun with visitors and each other.

The town embraces its name to the hilt. Upon arrival, a billboard with a painting of a 19th-century prostitute proclaims: “The Hooker Chamber of Commerce Welcomes You.” 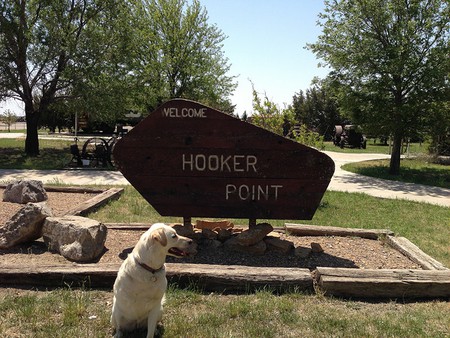 Hooker has even become something of a tourist destination for road-trippers based on its name alone. T-shirts for sale throughout town offer buyers the opportunity to brand themselves “not your typical hooker,” or share that “all my friends are hookers.”

But once the puns are out of the way, ask any Hooker resident more about their town, and they’ll be glad to tell you. Hooker is in a particular section of the rural Oklahoma Panhandle which was called “No Man’s Land” in the 19th century because no state or government surrounding it thought there was much use in the 40-something mile strip of territory and wanted to lay claim to it.

But terrain that might have seemed too remote for people was excellent for cattle. So intrepid cattle ranchers moved into the area, and Threlkeld staked his claim in what is now Hooker. Threlkeld was apparently a top-notch “hooker”. He could “ride quietly into a herd, drop a tight, small, and fast loop from either side of his mount and catch calves standing besides their mothers.” 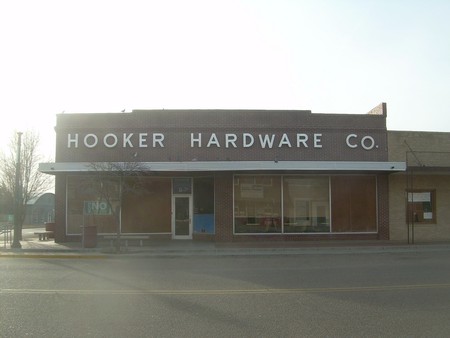 “Hooker” Threlkeld put his little part of Oklahoma on the map, and as the town grew in the late 1800s, found it only fitting to name themselves after him. In the early 20th century, the Chicago, Rock Island, and Pacific Railway laid tracks going south from Kansas to Texas, passing through Hooker. And with the railway, the town’s population really began to climb (relatively speaking: the population has never surpassed 2,000 people).

A fire decimated the majority of the town in 1908, thanks in part to a lack of fire trucks. But the town rebuilt, only to be hit like the rest of the Great Plains region with the sustained drought and dirt storms at the height of the Great Depression.

This proud declaration can now be found festooning t-shirts and hats around Hooker, which, thanks in no small part to its sense of humor and ownership of its name, has truly become not just a vocation but a destination. 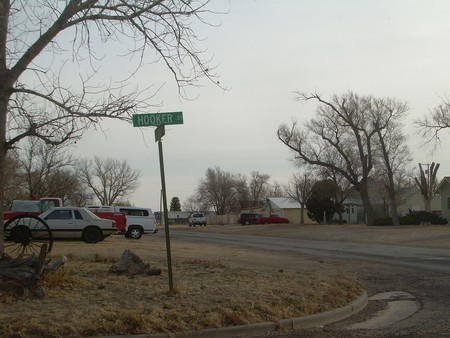 Hooker Street I | © Ross Griff/Flickr
Give us feedback