Toni Morrison And The Pursuit Of An African-American Identity

Throughout her vividly told stories, Toni Morrison has brilliantly captured the woes of African-American people, while articulating and condemning the socio-political discrimination that they have undergone throughout history. 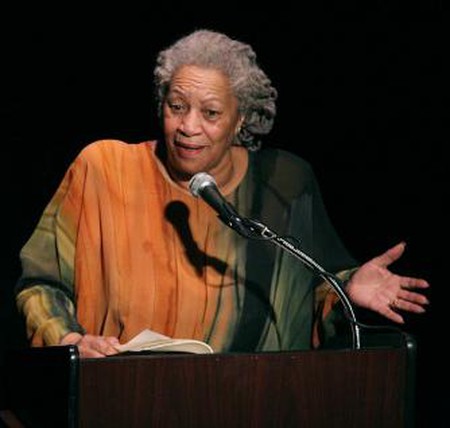 While being interviewed in 1993 by Elissa Schappell for the fall issue of The Paris Review, Toni Morrison said about the work of the great Eudora Welty: “there are some writers without whom certain stories would never have been written. I don’t mean the subject matter or the narrative but just the way in which they did it—their slant on it is truly unique”. But Morrison’s words articulated her own strength just as much as Welty’s: a pure uniqueness of voice and literary presence, a refreshingly originality in a world often plagued with mainstream plagiarism.

The leading voice of contemporary American fiction belongs to a stunning wordsmith, a political activist, a passionate scholar and a devoted humanitarian. She is the recipient of the highest accolades acknowledging literary merit and achievement, and a greatly inspiring artist whose accomplished career as an academic has defined her as one of the country’s leading minds. Morrison is also a Nobel Prize winner, a Pulitzer Prize winner, and a recipient of the Presidential Medal of Freedom. In addition, she has received an Honorary Doctorate of Letters from Oxford University, Rutgers University and the University of Geneva. Toni Morrison’s professional resume is a stunning compilation of both academic and creative achievements, but it is her literary legacy that remains her defining success. Characterized by a flawlessly fluid use of language, lush, intoxicating and precise, the work of Toni Morrison has garnered seemingly endless praise from critics, scholars and fans alike. Her stories are excavations of human identity uncovering and exposing the essential components of the human soul in its darkest moments of pain and rejection. A respected author as well as esteemed intellectual, Toni Morrison’s stirring narrative voice can be found in the beating pulse in each line of her prose.

Her intuitive understanding of the country’s political climate helped her to craft a body of work that addresses the violent injustices committed against black identity in America, emphasizing a cultural awareness and celebration of the ethnic diversity. Her Mid-West town in Ohio was home to many Southern migrants, like her parents, as well as European immigrants. Her awareness of culture outside of the American white patriarchal norm greatly informed her inspired fiction. Born Chloe Anthony Wofford in Lorain, Ohio, Toni Morrison was the daughter of true Southern migrants, her mother a native of Alabama and her father originally from Georgia. Storytelling and music in her own home played a significant role in the shaping of Morrison’s artistic talents. Raised on the folktales and rich oral tradition of storytelling, Morrison learned the history of her community and her people through stories told to her by her parents and grandparents. Supported and praised for her artistic abilities, Morrison’s parents raised an independent and talented young girl. A gifted and skilled student, Morrison’s literary and academic ambitions led her to Howard University in Washington D.C. where she studied English and the Classics. She then went on to complete a Masters at Cornell University. Academia would remain central throughout Morrison’s professional life, as she would continue to teach and write within higher education. But it was the time spent as a textbook editor in Syracuse, New York during which she wrote her stunning debut novel, The Bluest Eye. 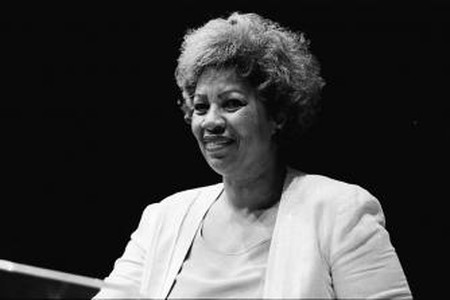 Published in 1970, The Bluest Eye tells the story of Pecola Breedlove, an impoverished young African American girl raised in the physical, sexual and emotional abuse of her parents’ turbulent household in Lorain, Ohio. Set during America’s Great Depression, Pecola’s bildungsroman is centered on her frustration of not meeting the criteria defined by white aesthetic ideals of physical attractiveness. Pecola obsessively measures her distance from the white standards, ultimately reinforcing her own self-perceived ugliness. The tragic tale of Pecola explores notions of gender identity in the context of crafting a self within a marginalized racial minority. In fact, The Bluest Eye interrogates preconceived notions of racism, and the construction of identity. Does Pecola perpetuate the white dominance by submitting to their conception of beauty? Subsequently, does Pecola then become part of the society that is rejecting her, by mimicking their standards and expectations? What does her ultimate emotional and mental descent signify in her pursuit of a fully established identity? Pecola’s story illustrates the aggressive and devastating affects of rejection as an African American, as a female, as a member of the supposed ‘lower class’. Even in the wake of Pecola’s tragic story, the novel remains undeniably courageous, maintaining a delicacy, a respect and a genuine vulnerability. These characteristics became staples of Morrison’s canon, and are notably revisited in her Pulitzer Prize winning, Beloved.

Beloved is a fictional recreation of the true life events of a female slave in the late 19th century. Sethe, the main character, manages to escape slavery by fleeing from a Kentucky plantation. But she is soon forced by her dire circumstances to make a heartbreaking decision and must sacrifice the life of her young daughter, called ‘Beloved’, instead of allowing her to be recaptured and enslaved. Sethe is then forced to return home only to be haunted by the ghost of her baby. Morrison’s Beloved scrutinizes the horrific effects of slavery on the identity of African Americans. The novel presents Sethe’s personal and narrative history fused with the historical context of slavery in the American South in a brilliant cultural and political commentary. 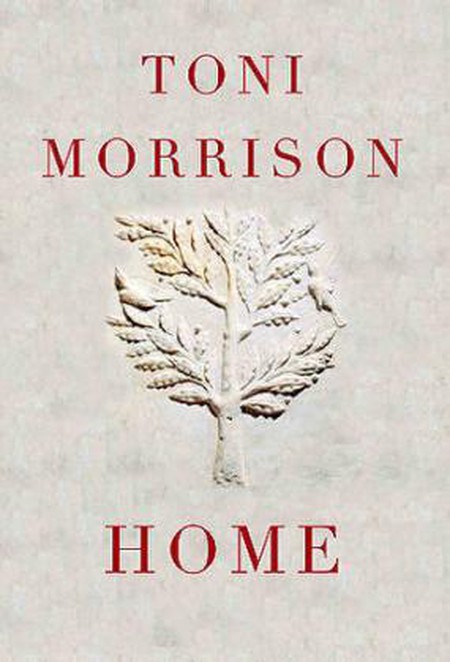 The same can be said of Toni Morrison’s latest novel Home which tells the story of Frank Money, a veteran of the Korean War who faces racism upon his return to America. He is forced to question his identity as he is rejected and disdained by the very society he fought for. He increasingly retreats into the violence of the war which paradoxically becomes a refuge from the uncertainty of his present. Morrison again combines history and myth to interrogate the shifting contours of African American experience and in doing so she creates a nuanced and unsympathetic depiction of the hypocrisy of 20th century America that remains acutely relevant.

While Morrison’s novels feature characters plagued by nostalgia, the text itself never turns nostalgic. Morrison is able to revisit the past in respectful celebration, while simultaneously exploring some of the destructive tendencies in the United States, including racism and bigotry. Morrison’s exploration of memory and consciousness is a tightly constructed framework in which her fiction exists. The thematic thread connecting the vital and intimate relationships between humans runs throughout her novels. Within the relationships between her characters bloom larger themes concerning the cultural and political history of the United States, specifically in addressing racial segregation and the brutally inhumane prejudices inflicted on African Americans. Morrison’s fusion of myth, history and fiction results in a vibrant collection of prose that transcends a mere reading and enforces a profoundly cerebral response.

Toni Morrison speaks about her life and her work at the George Washington University in September 2011.