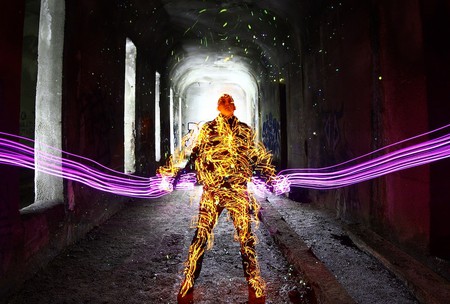 Few Cincinnatians know about the vast intersecting web of tunnels beneath their feet. But Cincinnati’s underground railway system was once a grand plan designed to alleviate the city’s notorious traffic.

By the early 1900s, traffic in Cincinnati was already daunting, and the infrastructure provided by the then-defunct Erie Canal presented a potential solution.

Urban planners decided to drain the canal and build a 16-mile (25.7-kilometer) loop that would allow travelers to get off at Over-the-Rhine, Downtown, Walnut Hills, Oakley, and Evanston, among other stops both above and below ground. The project was dreamed up in 1916, and its construction began in 1920, at the intersection of Central Parkway and Walnut Street.

Six underground stations and around six miles (9.6 kilometers) of the original project were constructed along Central Parkway before it was eventually abandoned. The project’s original cost estimate was $6 million, but that number rose over time due to construction troubles and a shift in the city’s politics. Cincinnati’s economy suffered due to Prohibition, among other factors. And as the Great Depression waged on and World War II approached, supply costs rose, and access to resources lessened, making the project seem even less feasible.

The Queen City’s proposed rail system was ultimately abandoned in 1929. Despite a few attempts at revival, the tunnels remain as they were, with no track laid. Many Cincinnatians attribute the city’s continued problems with loss of industry, a failing economy, and some of the country’s worst traffic to the poor public transportation system and the failure of the attempted subway system.

Today, 2.2 miles (3.5 kilometers) of the original subway loop remain, resulting in a cavernous, catacomb-like network of dark tunnels. They’re still in fairly good shape, and various potential uses have been proposed over the years. For now, they’re mostly a temporary haven for drifters, hikers, explorers, and artists, particularly photographers, with a hankering for the abandoned and decaying.

You know you've made it when the name of your band is spray painted inside of an abandoned subway tunnel.

The city hosts infrequent tours of the dark, abandoned subway tunnels beneath Cincinnati. If you’re willing to venture off the beaten path, you can also find some “unofficial” tours to take photographs and experience the disturbing beauty of the lost subway’s remains.