The 10 Most Beautiful Towns in Ohio 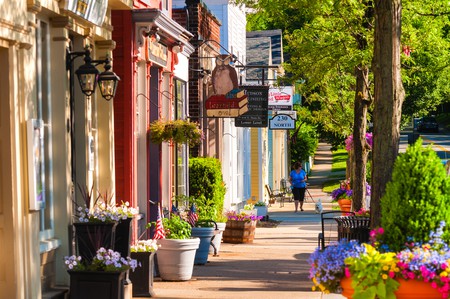 Brimming with history, Midwest charm and beautiful landscapes, Ohio is the place to be for quintessential American small towns. From arty Yellow Springs, one of the nation’s coolest small towns, to the picturesque island community of Put-in-Bay, we round up some of the prettiest places in the State.

A haven for creatives, bohemians and free thinkers, Yellow Springs is a charming, arty little town where local artists yarn bombers decorate trees with knitted graffiti. Yellow Springs is the home of Antioch College and a delightful downtown where brightly colored storefronts and houses populate pretty streets, buskers and street performers entertain passers-by and the twice-yearly Yellow Springs Street Fair, a popular festival featuring handcrafted arts, crafts and food, takes place. Just outside of town the beautiful Glen Helen Nature Reserve and the nearby John Bryan State Park offer opportunities to get back to nature. 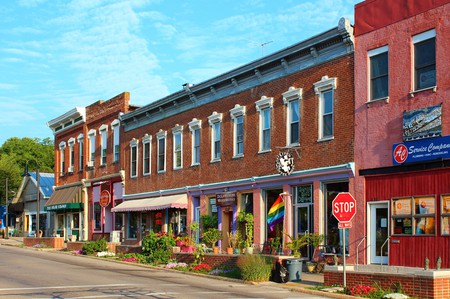 Founded in 1891 and nestled on the tip of the scenic Marblehead Peninsula, the charming village of Marblehead boasts beautiful views out over Lake Erie and Sandusky Bay and a true slice of small town Americana. Thanks to its enviable location and laid back lakeside ambience, Marblehead is something of a draw for visitors hoping to escape the hustle and bustle of the city with plenty of activities for holidaymakers from fishing and boating to cute store and local restaurants. The town is also home to Marblehead Lighthouse, which, built in 1821, is Great Lakes’ oldest continuously operating lighthouse and is open for tours in summertime.

Just a short drive north of downtown Dayton, Tipp City was founded in 1840 on the flourishing Miami and Erie Canal which formerly flowed past its downtown area. A quintessential small Midwestern town, Tipp City’s quaint historical downtown is listed on the National Historic Register and is home to a vibrant community of antique and handicraft stores, homey restaurants and beautiful parks. Locally held events include the annual Tipp City Mum Fest in late September, held in town since 1959, and the newer but increasingly popular Canal Music Fest taking place in mid-June in Tipp City Park. 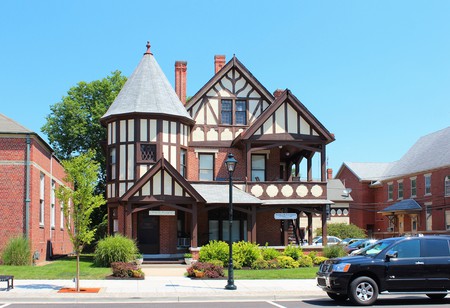 A small but vibrant, progressive town, Oberlin is best known as the home of Oberlin College, a private liberal arts college established in 1833 and the first American higher education institution to admit female and black students. Characterized by its close-knit community, eclectic shops and restaurants and lively arts and cultural scene, Oberlin was voted one of the state’s Best Hometowns by Ohio Magazine in 2012, which described it as ‘the quintessential college town’. The town has a rich history too. Beautifully preserved historic homes populate its streets while markers and monuments around Oberlin point to its pivotal role in abolition as an Underground Railroad town. 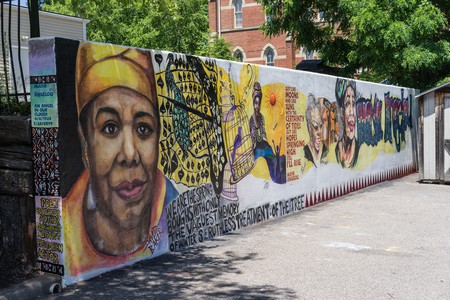 Located on tiny South Bass Island around five miles from the Ohio mainland, Put-in-Bay is a picturesque island town and popular summer tourist destination when thousands flock to enjoy the town’s quaint restaurants, lively pubs and recreational activities like walleye and perch fishing. It is no wonder Put-in-Bay is often nicknamed the ‘Key West of the North’. History buffs will delight in its historic homes and pivotal role in the War of 1812. Perry’s Victory and International Peace Monument, a 352 foot high Doric column and one of the USA’s tallest monuments, towers over Put-in-Bay’s harbor and commemorates Oliver Hazard Perry’s victory over British forces in the waters off the island. 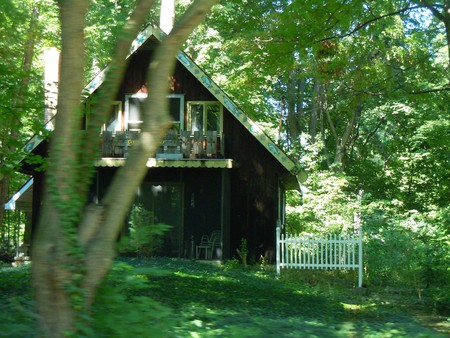 Nestled on the banks of the Muskingum and Ohio Rivers on the border with West Virginia, Marietta is a historic riverboat town whose roots date back to 1788 when pioneers established it as the first permanent settlement of the Northwest Territory. Known for its small town charm and European-style ambience, Marietta’s picturesque brick streets are populated with grand Victorian houses and it’s bustling, historic downtown is home to a lively scene, unique boutiques and locally-owned restaurants. Enjoy Marietta from a different angle with a trip aboard a sternwheeler and see why National Geographic named it one of America’s Best Adventure Towns with activities like the Rivers, Trails and Ales Festival. 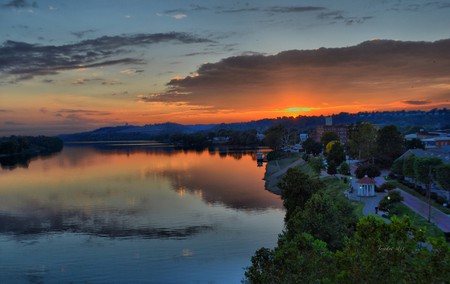 Situated just a few miles east of Columbus, the picture-perfect village of Granville owes its New England charm to the group of settlers from Massachusetts and Connecticut who came to the area in the early 19th century and modelled the village in the style of their homeland towns. Granville’s history dates back much further than its first settlement however, the Alligator Mound, an earthen animal effigy thought to date back over 1,000 years, is located on the outskirts of town. Visitors can take in historic buildings like the beautiful Buxton Inn, in continuous operation since first opening in 1812, and Granville’s picturesque downtown home to art galleries and vintage stores.

It's a beautiful day in the neighborhood. . . . . . #granvilleohio #fallcolors #shotoniphone

Located in the beautiful Appalachian foothills of southeastern Ohio, the pretty town of Cambridge was a glass-making mecca in the late 19th century, a past which is kept alive at venues like the National Museum of Cambridge Glass and the still functioning Mosser Glass Factory. Cambridge’s historic main street is a hive of activity, from cozy restaurants and quirky stores to fun events like the Cambridge Classic Cruise-In and Cambridge Main Street Farmer’s Market, which runs May through October and features locally grown produce, there’s always something to do, while the nearby Salt Fork State Park offers a scenic respite from the hubbub of town.

Even though it’s just its sandwiched between Cleveland and Akron, Peninsula’s location on the edges of the beautiful Cuyahoga Valley National Park makes the tiny town seem a world away from the big city. Founded in the early 19th century, Peninsula was a prosperous port town on the Ohio and Erie Canal and today its rich history is still evident. More than 20 sites throughout town are listed on the National Register of Historic Places and in 2012, Peninsula was named one of This Old House’s Best Old House Neighborhoods in the Midwest. Foodies won’t be disappointed either, from the farms dotted around town to food festivals, Peninsula is brimming with local flavor. 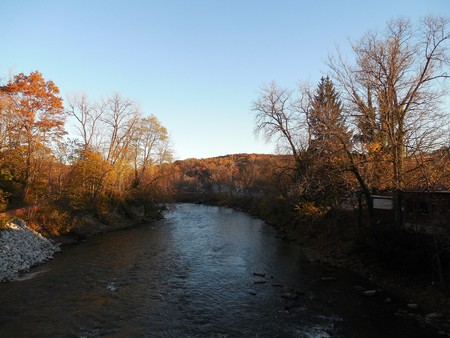 Nestled on the banks of the Maumee River a short distance from Toledo is the historical town of Waterville. Though it was first settled by Europeans in the late 18th century, the scenic river town’s history goes back much further. Roche de Boeuf, a rocky outcrop in the Maumee River, was the locale of Native American councils many years before. Today, Waterville’s rich past and beautiful structures have seen the town grow into a historical and architectural tourist destination with must-do sights and events like the Interurban Bridge, an abandoned Roman aqueduct-style railroad bridge, and the Roche de Boeuf Festival.

Back home for the Roche de Boeuf festival for the first time in 35 years! It was great fun! #watervilleohio #rochedeboeuf