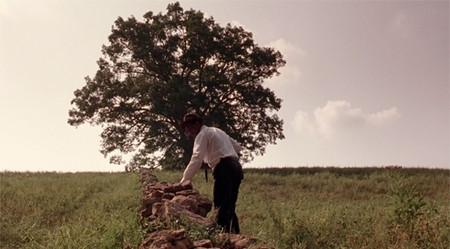 One of the most famous trees in movie history is no more. Fans of The Shawshank Redemption are grieving after the oak tree made famous by Morgan Freeman and Tim Robbins in the 1994 prison drama was felled by high winds in Ohio.

RIP Shawshank Tree!
"Hope is a good thing, maybe the best of things and no good thing ever dies"
Andy Dufresne pic.twitter.com/SDbUDrFjya

What was left of the famous oak tree from "The Shawshank Redemption" has fallen, the victim of a southwest wind. https://t.co/9cbxVTnfe8

Appearing toward the end of Shawshank, the white oak was used as a marker for Freeman’s character Red as he searched for clues leading to his friend Andy Dufresne (Robbins) following his escape from the prison.

The film was based on Stephen King’s Rita Hayworth and the Shawshank Redemption. The field where the tree is meant to stand is 800 miles away from the actual location used in the movie in Mansfield, Ohio. Like most of King’s stories, the plot takes place in Maine, but the movie’s producers decided to film at the disused prison in Mansfield because it fit the description in the book so closely. 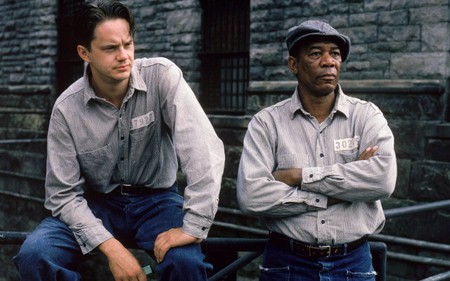 In the movie, Andy describes the location in great detail:

“It’s got a long rock wall with a big oak tree at the north end. It’s like something out of a Robert Frost poem. It’s where I asked my wife to marry me. We went there for a picnic and made love under that oak and I asked and she said yes. Promise me, Red. If you ever get out… find that spot. At the base of that wall, you’ll find a rock that has no earthly business in a Maine hayfield. Piece of black, volcanic glass. There’s something buried under it I want you to have.” 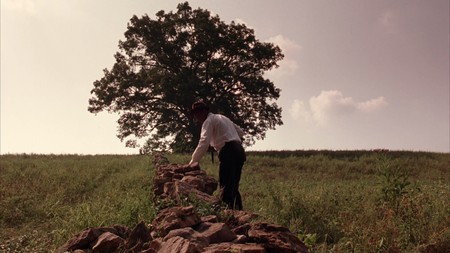 Staff at a local visitor centre were alerted by a call to tell them the entire tree was down following high winds late last week. The oak was partially destroyed almost five years ago during another storm, but this time the damage is terminal.

People have taken to social media to share their thoughts and lament the loss of the old oak tree.

The Shawshank Redemption was considered a flop on its initial release. The Frank Darabont-directed film’s popularity grew thanks to word-of-mouth and it went on to become a hit on VHS rentals. Since then it has topped various polls and is now regarded as a classic.

The tree was where Andy proposed to his wife and many fans have followed suit, so the location has an emotional significance to many couples.

The official Shawshank Trail website still lists the oak tree as a location to visit, only mentioning the earlier damage from 2011.