Where To Eat Out In Cleveland, Ohio

Cleveland, Ohio’s most popular city to the north, is growing into a hip, cultural hotspot, complete with character, art, great breweries and, of course, great food. Cleveland’s food scene is representative of its long history as a multicultural city. We’ve updated our previous foodie guide to bring you 10 more great places to eat out in Cleveland.

Restaurant, American
Facebook
Email
Twitter
Pinterest
Copy link
Share
Map View
Chef Jonathon Sawyer took his love of ramen noodles, cultivated largely while living in New York City, and brought it back to Cleveland to open Noodlecat, a Japanese-American mash-up. Noodlecat brings a different degree of fun and imagination to the downtown restaurant scene, mixing up traditional flavours and dishes with locally sourced ingredients – nearly every ingredient is sourced from within 90 miles of Noodlecat. Ohio City Pasta specially crafts the noodles, including ramen, udon and soba varieties. Highlights include the college ramen or spicy octopus udon stir fry with jalapeno and sesame chili paste, and of course, at just three dollars, your choice of steamed bun.
Open In Google Maps
Cleveland, Ohio, USA
Give us feedback

The West Side Market, Cleveland’s most popular and oldest continuously operated food market, serves a variety of dishes representative of Cleveland’s diverse cultural neighbourhoods. While there, eat at Kim SE Cambodian Cuisine, specialising in gourmet Southeast Asian foods. Try their award-winning dishes such as the shrimp or chicken pad thai. Named by Scene Magazine as one of Cleveland’s best in Asian Culinary Delights, Kim SE was also named the best value for less than 10 dollars by the Plain Dealer, proving that high flavour and authentic ingredients don’t have to come at a high price. 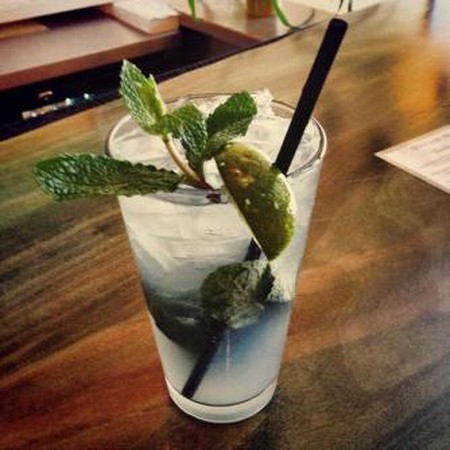 In the historic West Side Market,Orale! Chef Roberto Rodriguez has been serving up classic Mexican specialties since 1999. There, the stand was featured on the Food Network’s Americas Best: Top Ten Destinations and on other local television broadcasts. In fact, Orale! has become so popular that Rodriguez recently started a new restaurant just a few blocks away, offering diners a contemporary twist to his classic Mexican cuisine. There’s a wide variety of dishes to try, and a wide variety of salsas too: diners can chose from 22 different salsas, ranging from classic pico de gallo to mixes like mango habanero salsa.

Market, Beer, Pub Grub, $$$
Facebook
Email
Twitter
Pinterest
Copy link
Share
Map View
Though Cleveland has a long history of brewing, it wasn’t until 1988 when Patrick and Daniel Conway opened the Great Lakes Brewing Company that the tradition was brought back to life. Started in Cleveland’s historic Ohio City neighbourhood, Great Lakes Brewing Company is Ohio’s first craft brewer. A favourite among locals, it has since grown to all Northeast Ohio and now provides its beer to 13 other states. Head to where it all started at the Great Lakes Brewpub, a renovation of three Victorian era buildings. The Brewpub provides food made with fresh local produce, often from the GLBC’s own farm. Each meal has a suggested lager or ale to go with it, ensuring that you’ll get a perfect pairing for your dish.
Open In Google Maps
2516 Market Avenue, Ohio City, Cleveland, Ohio, 44113, USA
+12167714404
Visit Website
Give us feedback

The new Earth Bistro Cafe proves that health food doesn’t have to be boring. With a huge variety of healthy, local foods, Earth Bistro offers predominately vegetarian and vegan food, with an entirely separate vegan menu for those who need it. Highlights of the café include the Caribbean veggie tostadas topped with a creamy lime dressing or their Cuban panini sandwich with blacked forest ham, marinated pork, thinly sliced pickles, and ‘grandma’s mustard recipe’. With a motto like ‘a healthy place to eat’ you can expect that even the desserts are relatively guilt-free. Try the organic chocolate mousse and almond pie or the chocolate and peanut butter vegan cake.Earth Bistro Cafe, 11122 Clifton Blvd, Cleveland, OH, USA,+1 (216) 201 9338 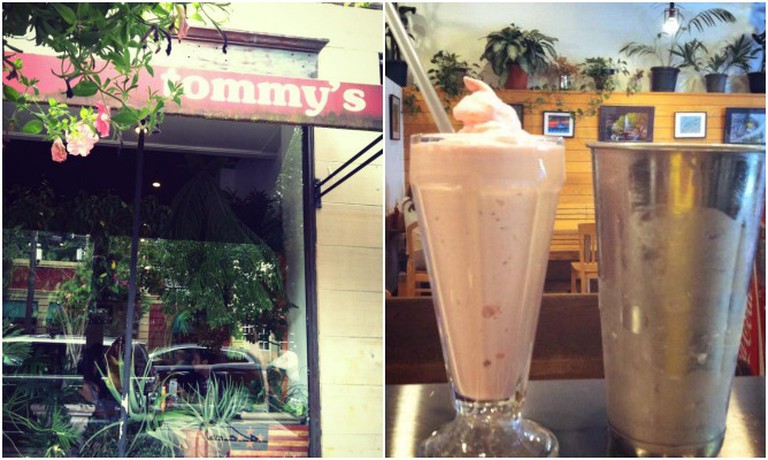 Superior Pho, Cleveland | Courtesy Tommy's on Coventry
Superior Pho uses a family recipe to make their famous pho broth. As the first Vietnamese restaurant on the Cleveland dining scene, owner Manh Nguyen paved the way, attracting pho-lovers around Cleveland and even beyond. The menu is extensive with 14 different variations of pho, but the banh mi sandwiches are another popular choice. Each sandwich is made with roast pork, paté, and mayonnaise, all of which are made in-house.
Open In Google Maps
105, 3030 Superior Avenue, Goodrich - Kirtland Park, Cleveland, Ohio, 44114, USA
+12167817462
Visit Website
Give us feedback 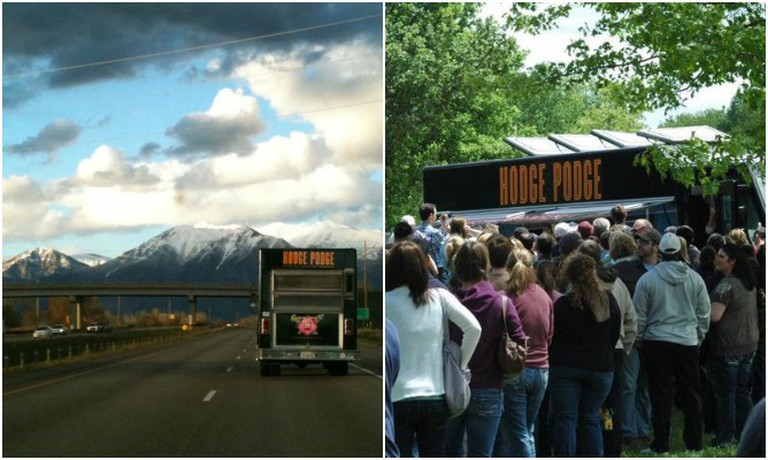 Tommy's, Cleveland Heights | Courtesy Hodge Podge Truck
Tommy’s has graced Cleveland streets since starting as a small soda fountain in 1972, although even in those days it was popular enough to have Rolling Stone magazine vote it as ‘Best Milkshake East of the Mississippi’. Since then Tommy has moved three more times, expanding his dining room each time as demand grew. Now Tommy’s offers a massive menu with nearly any sandwich, soup or side you can imagine. As a seven-seat diner in 1972 Tommy Fello often used people’s names to make up what they ordered. Eventually the names stuck and today the menu is filled with customer’s names in lieu of dish names so you might order a ‘Curt Burger’ or ‘Donovan falafel’.
Open In Google Maps
1824 Coventry Road, Cleveland Heights, Ohio, 44118, USA
+12163217757
Visit Website
Give us feedback

What’s a growing city without a hip food truck? Chef Chris Hodge has proven that food trucks can provide just as much as your favourite restaurant, often with more community spirit and lower prices. After launching Cleveland’s food truck culture in 2010 with his Dim and Den Sum truck, Chef Hodge launched the Hodge Podge Truck in 2011. Featured on both The Cooking Channel’s Unique Eats and Food Network’s The Great Food Truck Race, the truck serves healthy gourmet food made with locally sourced, sustainable ingredients. 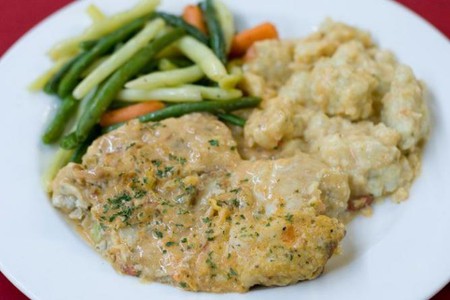 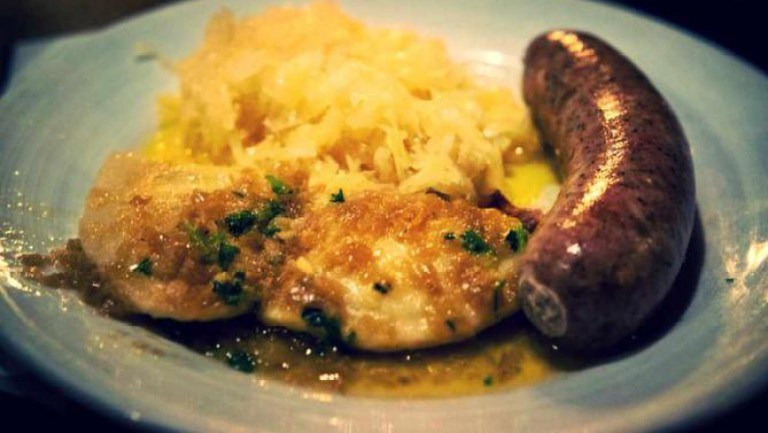 Lola Bistro is the restaurant of Cleveland’s celebrity chef Michael Symon of Iron Chef fame. Opened in 1997, originally in the trendy Tremont neighbourhood, in 2005 Symon renamed Lola as Lolita and opened Lola Bistro in downtown Cleveland. In a sleek, elegant space, Lola serves high-end classics such as lobster, halibut and beef hanger steak, as well as more adventurous choices such as pig ear or bone marrow, served with 25 accompaniments. Expect elegant food with an elegant presentation.