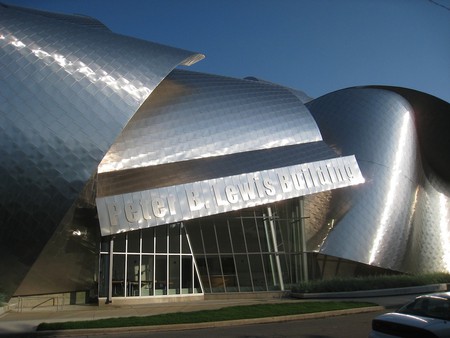 Best known as the home of the Rock and Roll Hall of Fame, Cleveland, Ohio also boasts an appealing array of art spaces that rival any other in the country / Pixabay

Best known as the home of the Rock and Roll Hall of Fame, Cleveland, Ohio also boasts an appealing array of art spaces that rival any other in the country. From old railway stations to medical facilities, occupied warehouses to revitalized museums, Cleveland’s art scene is booming. We profile ten of the city’s best art exhibition spaces. 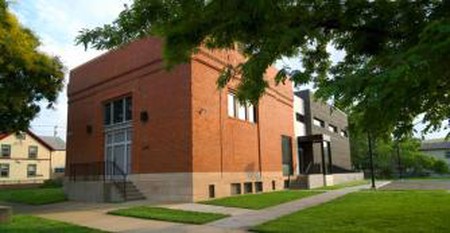 The historic Transformer Station was built in 1924 as a substation of the Cleveland Railway Company. Refurbished by Process Creative Studio, the classic brick structure was preserved while echoing its rectangular form with a contemporary, Minimalist addition. The expanded space is the home of the Fred and Laura Ruth Bidwell Foundation, established as a platform for emerging and mid-career artists. The Bidwell Foundation has partnered with the Cleveland Museum of Art, offering the space to the museum for six months each year as a venue for significant new projects. 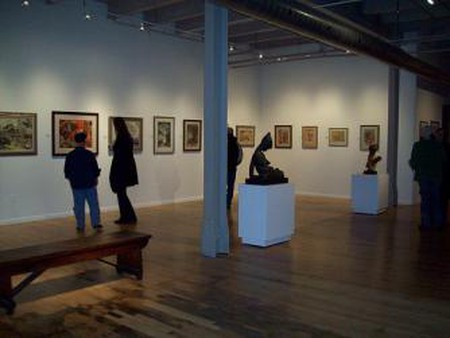 78th Street Studios occupies a massive warehouse in the Gordon Square Arts District, and houses over 40 commercial galleries, artist workshops, design showrooms, and other creative spaces. The studios became popular in early 2000 as interest in the city’s underground art scene surged; today they comprise the largest art and design complex in Northeastern Ohio. 78th Street Studios runs a monthly art walk on the third Friday of each month, during which time all 40 venues in the structure open for evening viewings. Over the past 10 years, the event has expanded to become a district-wide happening, and free gallery exhibitions are now accompanied by dining specials in local restaurants, live music, a pop-up artisan market, product specials and delicious food. Galleries located inside the complex include Forum Artspace, Greenwald Gallery and Survival Kit Gallery among many others. 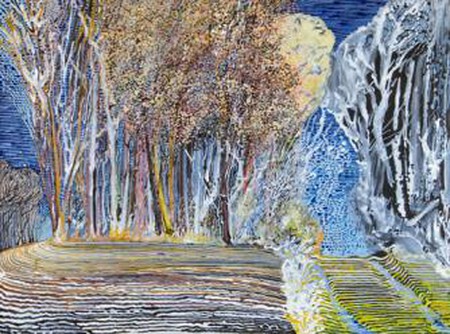 Formerly known as William Busta Gallery, in September 2015, 2731 Prospect Contemporary Art opened their doors as the newest and largest gallery in Cleveland. 2731 Prospect Contemporary Art offers its visitors contemporary artworks in genres as paintings, sculptures, and photography. The mission stays the same; to present innovative artwork made by artists from Cleveland. They also offer art talks, lectures, and other events; visit their website for updated information about tours. 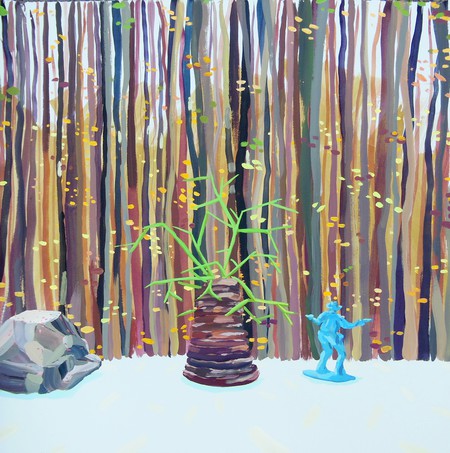 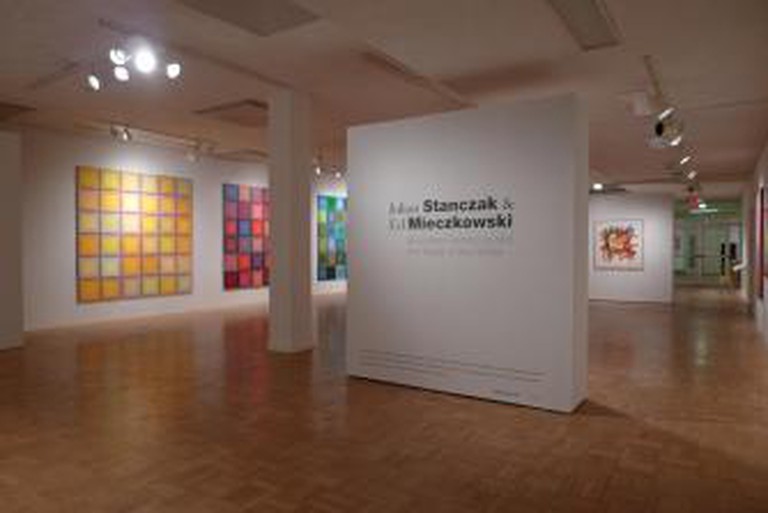 Shaheen Modern & Contemporary, Cleveland Courtesy of Reinberger Galleries | © Rob Muller
Established in 1999, Shaheen Modern and Contemporary Art has developed an experimental exhibition program, creating opportunities for younger, up-and-coming artists to show their work. Meanwhile the gallery’s number of mid-career, nationally and internationally recognized artists are provided a space to expose their practice to new audiences outside of the primary art cities such as New York, Chicago, and Los Angeles. The gallery also deals in the secondary art market, offering the work of highly regarded art world figures such as Alexander Calder, Joan Miro, John Currin and Elizabeth Peyton from its considerable inventory of art.
Open In Google Maps
# 101, 740 West Superior Avenue, Downtown, Cleveland, Ohio, 44113, USA
+12168308888
Visit Website
Give us feedback

The Cleveland Institute of Art

The rigorous visual art and design program at the Cleveland Institute of Art offers a wealth of opportunities to view the work of students, faculty and other professional and influential artists throughout the year, both in the on-campus Reinberger Galleries and in other spaces around the Institute. A diverse and highly engaging series of exhibitions acts both as an educational resource for students as well as an important cultural attraction for non-student art enthusiasts in and around the city.

Embracing the notion that art possess the power of healing, the Cleveland Clinic’s art program is one of the most notable in the city. The facility, considered among the top four hospitals in the United States, established its arts program in 2006 with the goal of inspiring, enlightening and enriching the experience of patients, families, employees and other visitors to the clinic. The hospital boasts a collection of over 4,500 works by local, national and international artists across a range of media, including major site-specific installations. Although much of the program caters to the patients – activities include tours specifically designed for those with memory loss – art ambassador tours are offered twice a week at regularly scheduled times and are open to the public. In addition, audio guides in which artists and curators discuss 35 specially selected artworks from the collection are available to visitors. 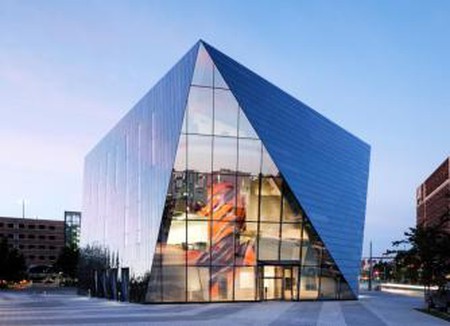 Formerly housed in an outdated structure once occupied by a Sears department store, the Museum of Contemporary Art Cleveland reopened in 2012 in an impressive new building designed by world famous London architect Farshid Moussavi. The museum now acts as a leading force within the cultural sphere of Northeastern Ohio, reinvigorating the downtown arts community and acting as the axis for cultural happenings in the city. As a non-collecting museum, the institution presents a series of rotating exhibitions, focusing on site-specific installations and public programming. 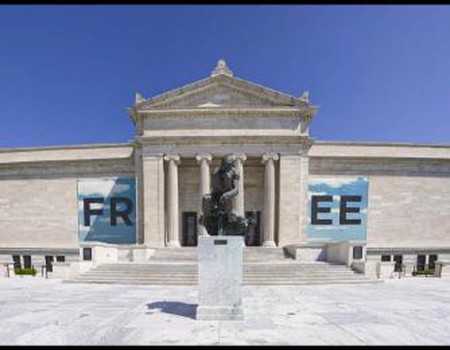 © The Cleveland Museum of Art

The Cleveland Museum of Art

Since its inception in 1916, the Cleveland Museum of Art has grown to become one of the premier art institutions in the United States. With an exhibition program that spans across diverse genres such as African art, Greek and Roman sculpture, Contemporary art and photography, the museum strives to reach the widest possible audience. 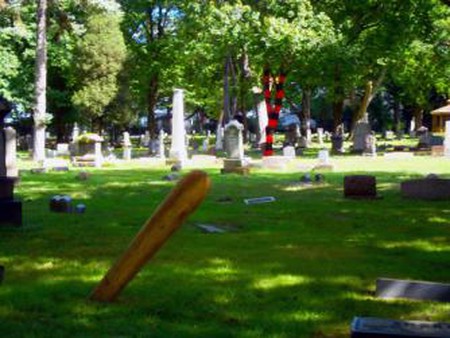 As a non-profit art institution, The Sculpture Center strives to further the careers of emerging Ohio sculptors and to protect outdoor public sculpture as an important part of the Cleveland cityscape. During the 1990s the Center was awarded federal funding for Save Outdoor Sculpture, the largest volunteer effort ever undertaken to record the location, condition, and history of all public sculpture in the nation. Although The Sculpture Center maintains a concern for the conservation of the nation’s existing sculpture, its ongoing efforts are directed towards nurturing new talent and enriching the artistic landscape of its home city through its series of exciting exhibitions. 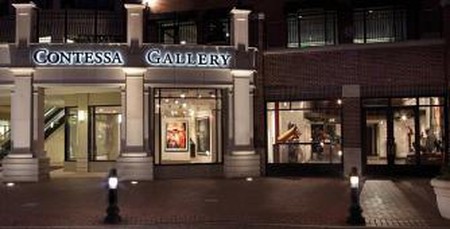 Contessa Gallery was founded in 1999 with three primary principles at its core: passion, integrity and education. Dealing in pre-20th century, modern and contemporary sculpture, painting and works on paper, the gallery works closely with collectors to help them assemble carefully considered, quality collections. Through its list of notable artists and increased visibility at international art fairs such as The Armory Show and Art Basel Miami, the gallery has secured its reputation for excellence. Among its list of blue chip artists are world-famous artists Louise Bourgeois, Tom Wesselmann, Chuck Close and Jasper Johns.