10 Must See Galleries and Museums in Dayton, Ohio

In the city of Dayton, where five rivers converge downtown, creativity and a passion for local history are flowing. From its beginning as a Midwest frontier town to its legacy as the Birthplace of Aviation, Dayton has a rich cultural history and an appreciation for the arts. Explore world-class art museums, learn about the pioneers of aviation and wander through an outdoor sculpture park and discover what Dayton has to offer. 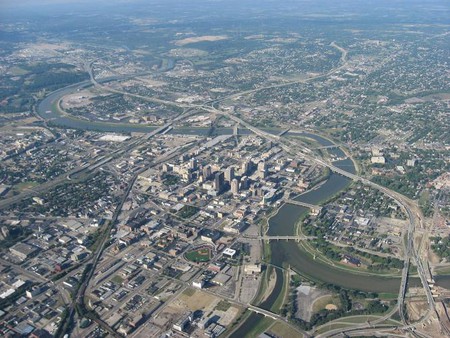 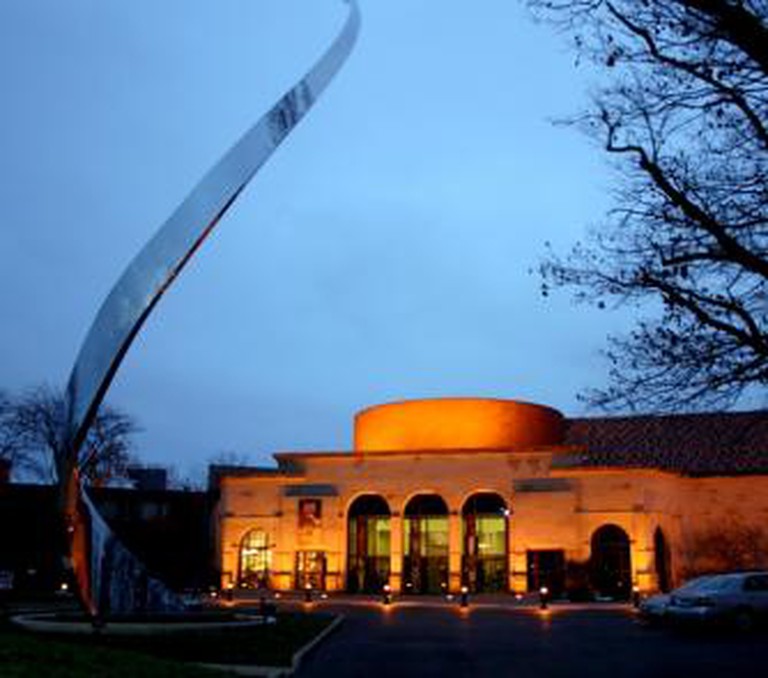 The exterior of the Dayton Art Institute, Dayton, Ohio | © Rick Dikeman/WikiCommons
The Dayton Visual Arts Center is one part community organization and one part contemporary art gallery. Boasting 500 member artists, in addition to its exhibitions, the Center also hosts professional development for local artists and an annual art auction. Exhibits focus on the work of local members, whose mediums vary from painting to sculpture to artist books and everything in between. The Dayton Visual Arts Center hosts an average of 15 exhibitions per year. Unique programs include Artist Palate, in which parties are held in artists’ studios or collectors’ homes and Art Source, a service designed to help businesses and individuals find locally sourced artwork for their interior spaces.

Museum
Facebook
Email
Twitter
Pinterest
Copy link
Share
Map View
The Dayton Art Institute is the city’s oldest arts organization, having been founded in 1919. Orville Wright, of the Wright Brothers, was one of the original founding members. The Institute’s stunning building, designed by Edward B. Green of Buffalo, was completed about ten years later. Green was inspired by the design of 16th century Italian Renaissance villas. The museum’s permanent collection spans all eras of art history, from ancient to contemporary. Highlights of the collection include pieces by Edward Hopper, Dale Chihuly and Oceanic, Native American and African cultures.

Museum
Facebook
Email
Twitter
Pinterest
Copy link
Share
Map View
The most influential industry on Dayton’s history and culture is undoubtedly aviation. From being the home of the Wright Brothers’ bicycle shop in which they engineered the first Wright Flyer to currently housing the National Air and Space Intelligence Center, Dayton is the epicentre of aviation and aerospace in America. Therefore, it would seem only fitting that the city should also host the National Aviation Hall of Fame. The Hall of Fame, founded in 1962, features famous names like Amelia Earhart and Ohio-native Neil Armstrong, but visitors will also learn about figures such as John Macready, whose flight as an Army test pilot is considered mankind’s first entry into space.

Museum
Facebook
Email
Twitter
Pinterest
Copy link
Share
Map View
For those more interested in automobiles than airplanes, look no further than America’s Packard Museum. The only museum dedicated to the now-defunct Packard Motor Car Company, America’s Packard Museum is also the world’s only restored Packard Dealership operating as a museum. It is located in the 1917 Dayton Packard Dealership Building and is officially called The Citizens Motorcar Company, after the original dealership. The Art Deco showroom displays over 50 restored Packards as well as historical artefacts relating to the Packard Motor Car Company, dating from 1899 to 1956. For the Packard collector and restorer, the Museum also offers Packard parts for sale and is the national headquarters of The Packard Club. 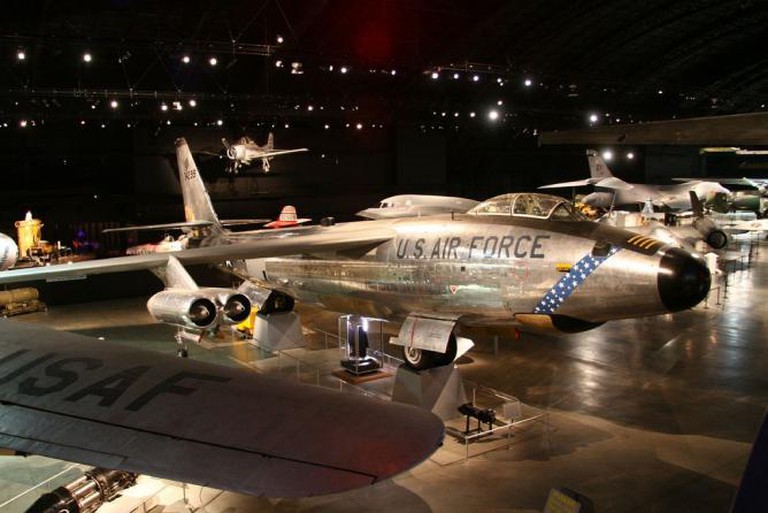 Air Force Museum | © D. Miller/Flickr
Aviation buffs can continue on next door to the National Museum of the United States Air Force, boasting the title of the oldest and largest military aviation museum in the world. Visitors will find the museum housed in a series of airplane hangers on Wright-Patterson Air Force Base, just outside of Dayton. The museum is vast, and patrons will see not only exhibits covering Air Force Art and World War II bomber jackets, but also hundreds of whole aircraft, including a Boeing VC-137C that served as Air Force One on the day of President John F. Kennedy’s assassination. Another highlight in the Research and Development Gallery is the XB-70 Valkyrie, which could fly three times the speed of sound. 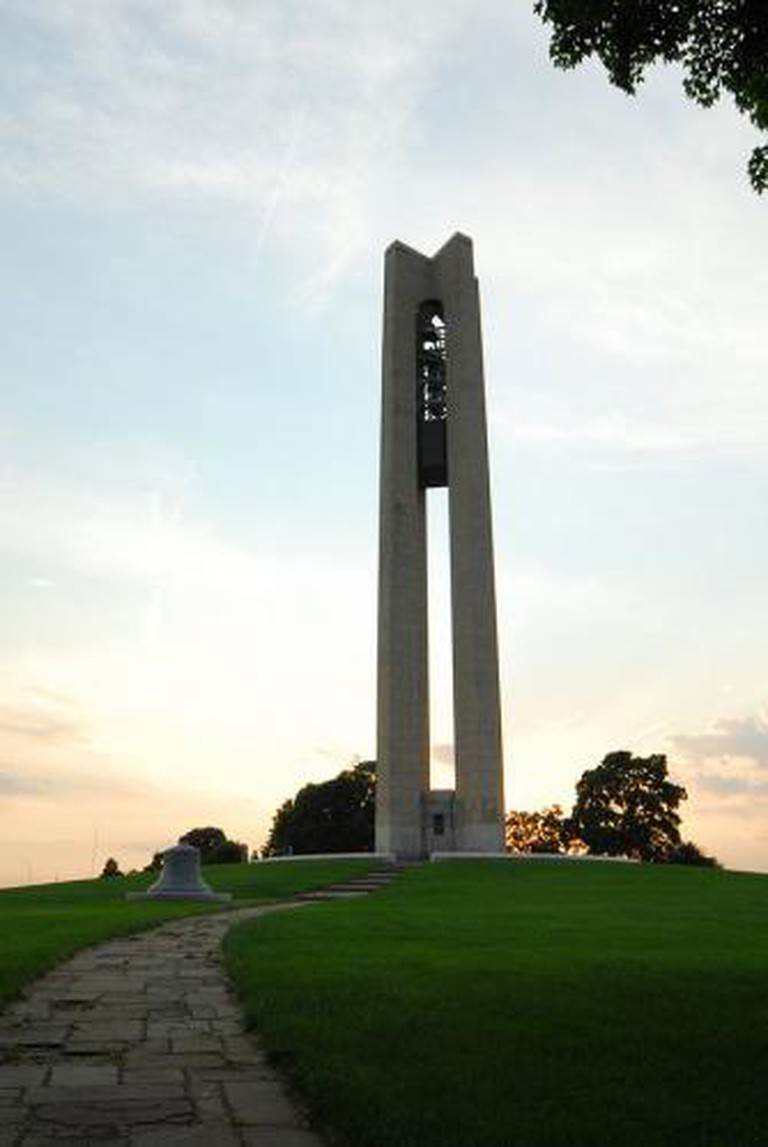 A photo of Deed's Carillon in Dayton, Ohio | © Csnoke/WikiCommons
One of the more unusual museums in Dayton is the Dayton International Peace Museum. The Museum pays homage to the Dayton Peace Accords, which established peace in Bosnia and Herzegovina, ending the Bosnian War, in 1995 at the nearby Wright-Patterson Air Force Base. Founded in 2003 by activists Ralph and Christine Dull, the goal of the museum is to transform a culture of violence into a culture of peace. The Museum is housed in the historical Pollack House, built in 1854 and moved to its current location in 1977 to save it from demolition.

Museum
Facebook
Email
Twitter
Pinterest
Copy link
Share
Map View
Focused on the history of Dayton, Carillon Historical Park is located on an area of 65 acres on the banks of the Great Miami River, just outside of the city. With 25 historical buildings, the Park is a great destination for a day excursion. The crowning jewel of its collection is the 1905 Wright Flyer III, the world’s first practical airplane and a National Historic Landmark. Additionally, don’t miss the 1835 steam locomotive or Deeds Carillon, named after the founders of the Park, Colonel Edward and Edith Deeds. Patrons can also visit Dayton’s oldest building, Newcom’s Tavern, erected in 1796, the year the city was founded.

Continuing further outside of Dayton to nearby Springfield, travellers will encounter the Westcott House, designed by Frank Lloyd Wright in 1906 and built in 1908. An example of Prairie Style architecture, Wright sought to integrate the house with the surrounding landscape. Featuring unique elements, such as a pergola that connects the main house to a detached carriage house, the Westcott House is an important example of Wright’s body of work. The original owner of the house, Burton Westcott, was the founder of the Westcott Motor Car Company, prominent in the early 20th century automobile industry. Visitors can tour the Westcott House year-round, which has also been recently restored to its original glory. 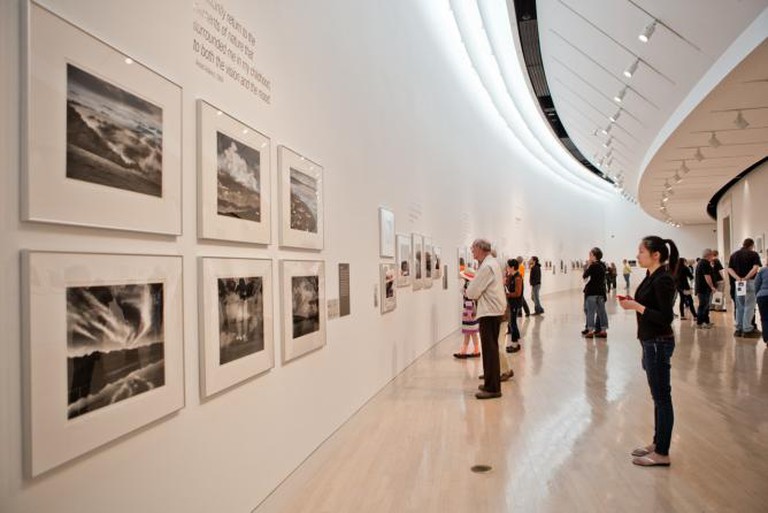 Museum
Facebook
Email
Twitter
Pinterest
Copy link
Share
Map View
The Pyramid Hill Sculpture Park is located south of Dayton, toward Cincinnati, in Hamilton, Ohio. The Park consists of outdoor and indoor sculpture museums, featuring works from ancient Egypt, Greece and Rome up to contemporary pieces. The museum’s ambitious goal is to demonstrate the entire history of sculpture, and is, perhaps not surprisingly, the only museum in the world working toward this goal. The current collection is home to seven works by Jon Isherwood and three sculptures by Tony Rosenthal. The serene Park also hosts outdoor family and educational activities.
Give us feedback