The 10 Most Beautiful Towns In North Dakota

Reportedly the USA’s least-visited state, North Dakota is experiencing a renaissance of late thanks to a recent oil boom. Sandwiched between western North Dakota’s Theodore Roosevelt National Park where wild bison roam and the state’s biggest city, Fargo, in the east are a whole host of beautiful towns waiting to be discovered – we round up ten of the best. 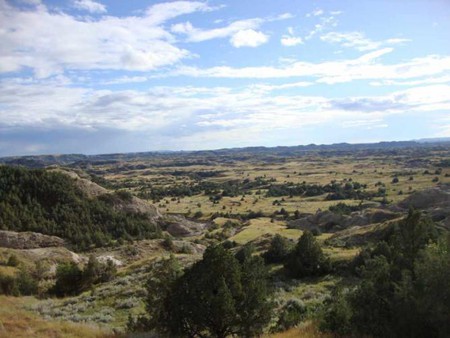 Located within Theodore Roosevelt National Park, Medora is a tiny town of around 150 residents, but what it lacks in population it certainly doesn’t lack in things to do. A walk around town reveals historic sites like Chateau de Mores – the summer home of the town’s founder – and Chimney Park Picnic Area, the former site Medora’s 19th century meat-packing plant. For a unique dining experience, visit Medora’s Pitchfork Steak Fondue where chefs cook steaks western-style atop the scenic Tjaden Terrace bluff. After dinner,explore the Burning Hills Amphitheater – a 2,900-seat open-air theater overlooking the Little Missouri River Valley that, since 1965, has hosted Medora Musical, a western-style musical tribute to Theodore Roosevelt and the time he spent in the area. 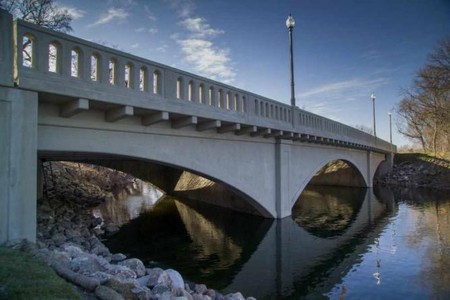 Nestled on the banks of the meandering Sheyenne River, Valley City is home to no less than 11 historic bridges – including the ornate, wooden Valley City State University Footbridge and the Highline Bridge. The latter is one of the USA’s highest single track rail bridges and is a National Civil Engineering Landmark. Valley City is therefore affectionately known as ‘City of Bridges’. For views across town head to Medicine Wheel Park, home to Native American burial grounds and two solar calendars, and for a scenic drive through Valley City and the surrounding areas, drive down the Sheyenne River Valley National Scenic Byway. Stretching 63 miles from Baldhill Dam to Lisbon, it was named one of the best Fall Color Getaways in the region by Midwest Living Magazine.

Just a short distance from the Canadian border is the town of Walhalla – North Dakota’s second oldest community founded in 1845 during the region’s late 19th century burgeoning fur trade. For history buffs, the town is a gem; the Kittson Trading Post, built in 1843, is the state’s oldest building, while the Gingras Trading Post State Historic Site is home to North Dakota’s oldest standing Euro-American structures, built by Métis businessman Antoine Blanc Gingras in the 1840s. Just west of town is the beautiful Pembina Gorge State Recreation Area – home to miles of trails that can be explored by foot, bike or horseback. Walhalla’s community spirit can be felt in the numerous events held in the town, like the annual Giant Pumpkin Festival.

Founded in 1872, Jamestown is located at the midpoint between Fargo and Bismarck and is North Dakota’s ninth largest community. Nicknamed the ‘Pride of the Prairie’, Jamestown’s rich history harks back to the building of the Northern Pacific Railway in the late 19th century – the days of which can be experienced at Jamestown’s Frontier Village, a ‘re-created’ prairie town home to the Louis L’Amour Writer’s Shack, a novelist born in town in 1908. The World’s Largest Buffalo Monument, also located in Frontier Village and measuring 26 feet, is a not-so-subtle hint of the importance of buffalo in the region, while the National Buffalo Museum offers the opportunity to see a live bison herd and the world’s only certified albino bison.

A scenic small town nestled on the edges of Lake Sakakawea, one of the USA’s largest man-made lakes, Garrison’s lakeside location and abundant fishing opportunities has earned it the nickname of ‘Walleye Capital of the World’ with avid anglers flocking to town in hopes of catching record-breaking walleye, northern pike and small mouth bass. Beyond fishing, Garrison is home to the Heritage Park and Museum – an open-air museum dedicated to town life in the early 20th century – and events like the annual Dickens Village Festival which sees Garrison transformed into a Victorian village with parades, fancy dress and horse-drawn carriage tours.

In the heart of the state’s northernmost reaches lies the small town of Bottineau, known as the ‘Four Seasons Playground of North Dakota’ for its year-round recreational activities and natural beauty. Nestled between two federal wildlife refuges, the area surrounding Bottineau is home to many geese, ducks, deer and moose while the town’s status as the gateway to the Turtle Mountains has made it a haven for sports enthusiasts. Bottineau Winter Park is ideal for snowboarders and skiers during the wintertime while water sports like boating, angling and water-skiing can be enjoyed on neighboring Lake Metigoshe. In the town itself is Tommy the Turtle – Bottineau’s town mascot and, at 26 feet high, the world’s biggest turtle monument.

The tiny Sheyenne River town of Fort Ransom is home to just under 100 residents, but is nevertheless a hive of history, culture and recreation. The town dates back to the late 1860’s, when a military post was established to safeguard settlers. Just north of town is Fort Ransom State Park – miles of wooded farmland where visitors can see historic homesteads and enjoy camping, boating, cross-country skiing and snowmobiling. Twice a year, Fort Ransom State Park is host to Sodbuster Days, a weekend-long living history festival that pays homage to the farming culture of early pioneer villages. Each fall the town hosts the Sheyenne Valley Arts and Crafts Festival, which promotes local artists and showcases rural southeastern North Dakota culture.

Located within driving distance of two of North Dakota’s biggest cities, Fargo and Grand Forks, is the quintessential small town of Hillsboro, known for its history of hospitality. First populated in the late 1860s by European settlers, local legend states that when railroad baron James J. Hill passed through the area, his shabby appearance saw him snubbed at a hotel in neighboring Caledonia, though Hillsboro’s early settlers warmly welcomed him. Impressed by their hospitality, Hill saw that his railroad – the Great Northern Railroad – ran through town, helping the early community flourish. Today, Hillsboro is still a welcoming and friendly community home to picturesque historic buildings and scenic spots like its lovely Woodland Park.

Clustered around the northern edges of the lake of the same name, the town of Devils Lake is naturally a haven for lovers of angling and watersports. Stretching more than 160,000 acres, the lake is North Dakota’s biggest natural body of water and with record-breaking fish catches, Devils Lake is frequently cited as one of the USA’s best fishing lakes. If fishing isn’t your thing, Devils Lake’s location offers many opportunities to get back to nature in other ways, from camping and bird-watching on Graham Island to enjoying a day out boating on the lake. For history buffs, downtown Devils Lake is home to the Lake Region Heritage Center where visitors can discover the life and culture of pioneers.

Located in North Dakota’s southeastern reaches downriver from Valley City and Fort Ransom, Lisbon was founded in 1880 by New York native Joseph Lynn Colton and was formerly a rail boomtown on the Northern Pacific Railroad. Today, the history of the town is still evident in its beautiful historic homes and structures such as the Lisbon Opera House. Built in 1889 as a cultural hub for the booming town, it still hosts many concerts, plays and community events today. Lisbon is also home to the scenic Sandager Park which overlooks the Sheyenne River and features campgrounds and a swimming pool. For oenophiles, Prairiewood Winery – one of just six wineries in North Dakota – is open for tours and tastings.