Where To Eat Well In High Point, North Carolina 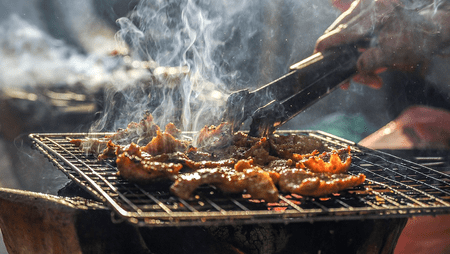 High Point, North Carolina, is best known for furniture and textile manufacture, yet also offers a smorgasbord of cultural and culinary options / Pixabay

High Point, North Carolina, is best known for furniture and textile manufacture, yet also offers a smorgasbord of cultural and culinary options. With choices ranging from burritos to barbecue, crepes to catfish, High Point’s varied selection of restaurants has something for everyone. Enjoy our guide to the 10 best cultural restaurants in High Point. 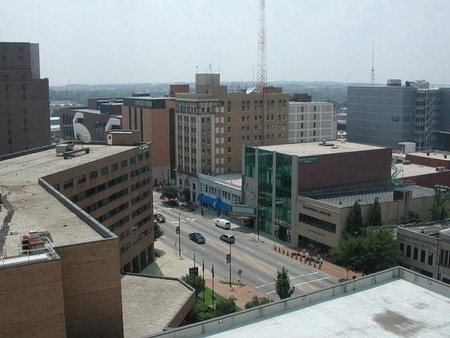 Blue Water Grille is the perfect place for a special night out in High Point. Their concise menu shows great thought and creativity. Take the Blue Water BLT, for example, that swaps ‘lettuce’ for ‘lobster’ and adds egg linguini, arugula, and truffled corn cream. The cuisine here blends influences from France, Asia, the Caribbean, and Cajun country and there’s also a great wine list to accompany it. Why not try an Asian appetizer, a Caribbean entrée and finish off with crème brulee for dessert?

Barbecue isn’t just a way of cooking food in North Carolina, it’s a cultural experience. Given High Point’s position in the west-central part of the state, it’s no surprise that Carter Brothers’ BBQ and Ribs has earned the most accolades, specializing in the sweeter, saucy Western North Carolina style. You’ll want to try ribs at Carter Brothers’, but try to strike a balance between the meat and the sides, as they also have a huge variety of southern favorites, like collard greens, hush puppies, and macaroni and cheese.

Many of the first Europeans to settle in the area of North Carolina were Irish and the Claddagh celebrates this heritage. Claddagh Bar and Restaurant have a traditional section of their menu, where visitors can find Irish favourites like shepherd’s pie, fish and chips, and bangers and mash. For a real weekend treat, pop in on a Sunday and try the traditional Irish breakfast from their brunch menu. Just as an Irish pub should be, the plain brick exterior conceals the wealth of warmth and the cozy atmosphere on the inside. Lest it be forgotten, the Claddagh also, of course, carries Guinness and a full range of Irish whiskey; the true Irish experience! 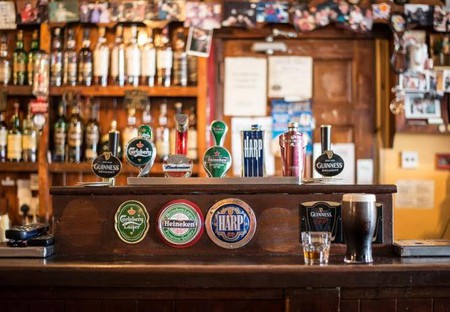 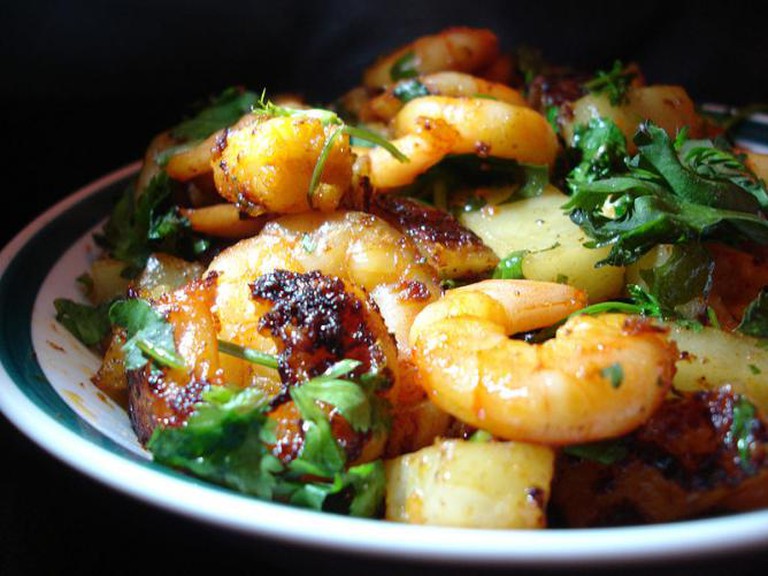 Shrimp | © Sambharat/WikiCommons
The owners of Full Kee Restaurant, who once owned a well-respected Chinese restaurant in Washington, DC, moved to High Point in 2006 and have been sharing their gourmet Chinese fare with the city ever since then. Chef Yu’s skill and dedication take the quality of typical Chinese food to another level entirely. He has experience catering to the tastes of America’s top political leaders and although the restaurant may have moved, his goal of making the best Chinese dishes prevailed. Full Kee is more than just the average Chinese restaurant in America and it’s certainly the place to go in High Point if you want a cut above.

Situated in an Italian Renaissance-style historic villa, Hampton’s exudes southern charm in a relaxing and pleasant atmosphere. Hampton’s is the restaurant for the JH Adams Inn, which was once the home of prominent early High Point businessman John Hampton Adams. The building, which is on the National Register of Historic Places, was renovated and opened for business by 2001. Now the restaurant offers a wide variety of American cuisine that connects to its southern roots. Whether it’s the lunch options that include mac and cheese, fried green tomatoes and pimento cheese, or the grit cakes and fried catfish on the dinner menu, you can’t go wrong with a meal at Hampton’s. 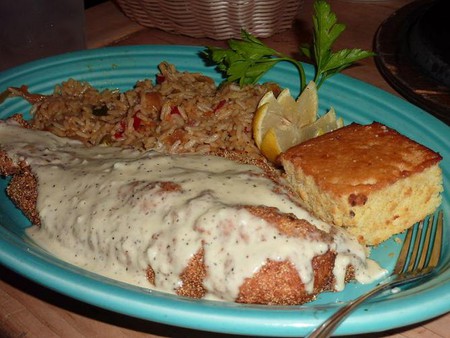 What the little hidden gem L’Italiano’s lacks in stylistic finesse, it makes up for in quality. The Sicilian owner has managed to transport a little piece of Italy to High Point concealed in an office building. From the salads with homemade dressing to the pizza bread knots and the wide variety of pasta and sauce, L’Italiano chooses simplicity over flashiness, as Italian food should, and this pays off in the taste of the dishes. You’ll even receive a palate cleanser of lemon sorbet before each course, so that your taste buds will be ready for the next one; a typically Italian touch. 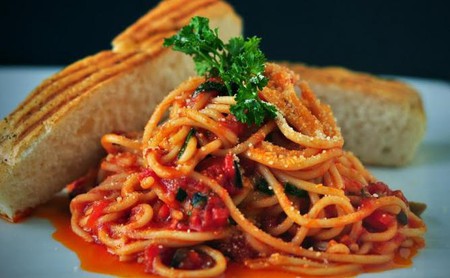 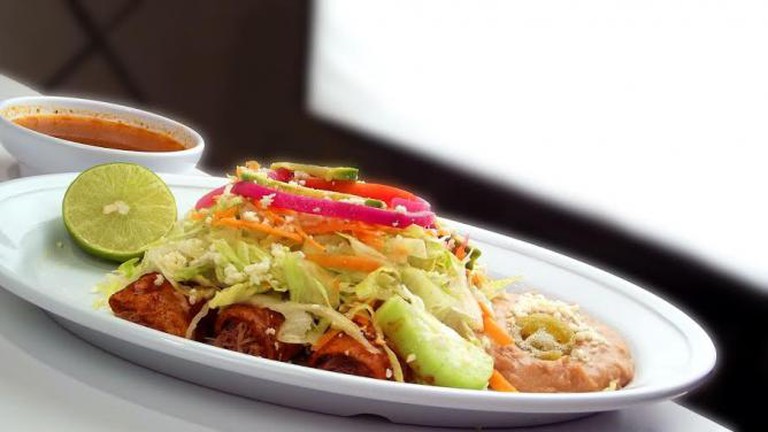 Enchiladas | © adoproducciones/pixabay
North Carolina has a vibrant Mexican and Latino community, Pancho Villa’s takes the typical menu for a Mexican restaurant and runs with it, offering plenty of unusual and exciting combinations. Even so, they manage to keep prices very reasonable; ideal for a tasty, filling meal on a budget. Try something from their extensive seafood menu, or, if you’re feeling ambitious, opt for their signature ‘monster’ burrito. Pancho Villa’s is one of the rare Mexican restaurants to list the hard to find and delicious tres leches cake for dessert and you don’t want to miss out on that. 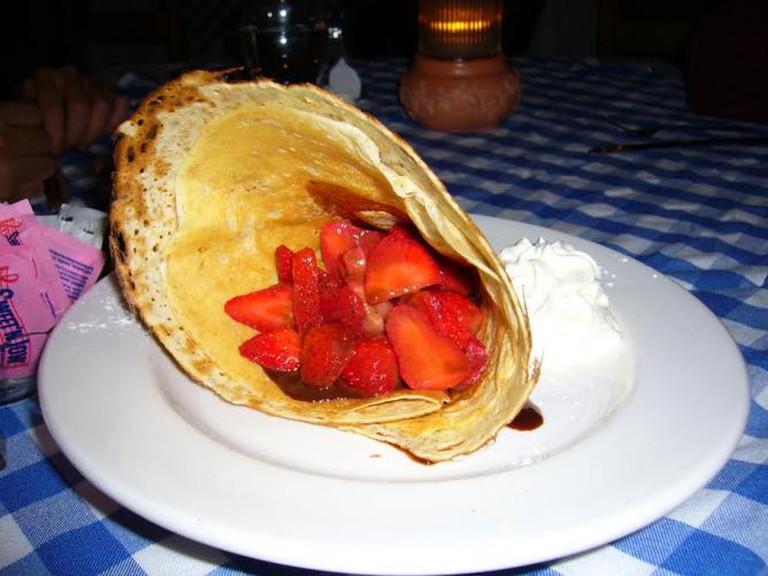 Crepedelight | © Chensiyuan/WikiCommons
Penny Path Café and Crêpe isn’t your average restaurant and its eclectic charm has captured the hearts of people around High Point. By offering a range of both sweet and vegetarian savoury crepes, this adorable hang out transports diners to a hip French cafe as they sit in the centre of High Point. While they offer both a set and seasonal menu, the owners also give their chefs the freedom to experiment with the aptly named ‘Trust Me’ crepe, which turns the customer’s eating experience into a journey into the unknown. Everything from the time that it takes to prepare the crepes to the cafe’s decor speaks of the owner’s great attention to detail. 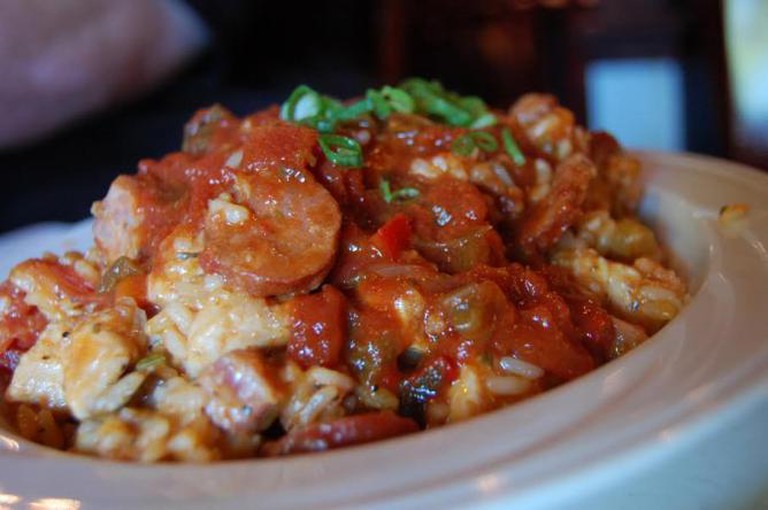 Jambalaya | © stu_spivack/flickr
Visitors seeking a doorway to the Big Easy should look no further than the New Orleans-themed Steak Street. Since its founding in 2000, Steak Street has been racking up award after award for their wine list, steaks, and service, but the ambiance of the restaurant is still the biggest draw. With a bar, dining room, and bistro, it has something for whatever occasion you can think of, and they even have live music every evening from 6-9:30pm. They use grass-fed beef from a nearby organic farm, and with options like the Bourbon Street Filet, the Low Country BBQ Shrimp and Grits, and the jambalaya, they really embrace the New Orleans spirit. Steak Street is perfect for a special night out on the town. 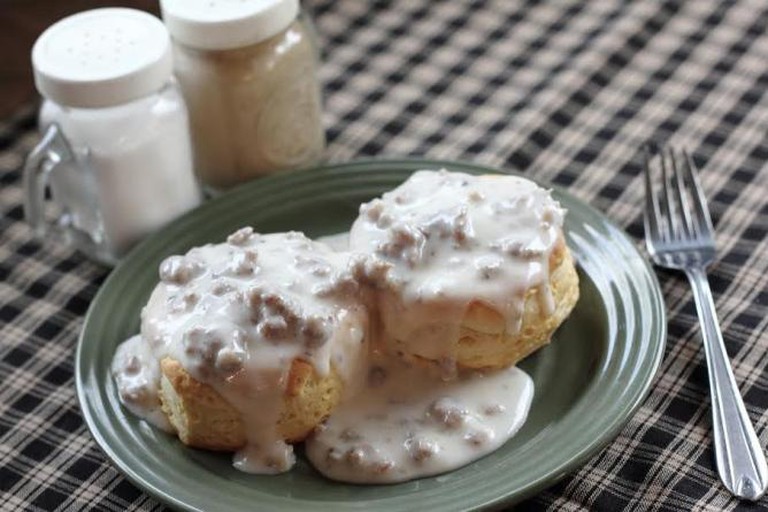 Biscuits and Gravy | © Mccartyv/pixabay
Located on the outskirts of High Point in Jamestown, Southern Roots Incorporated doesn’t limit itself to one particular state’s southern cuisine and instead includes dishes hailing from states across the whole region. If it’s Texas you want, have one of their steaks or burgers. If you’re looking for some Creole flair, try the gumbo. They have the coasts covered with numerous seafood treats like fried oysters and seafood risotto and the North Carolina original shrimp and grits also make an appearance. Unlike traditional southern food however, they also cater to vegetarians and patrons with gluten allergies. The exterior of the restaurant, which looks like an old general store, only adds to the rustic charm.
Give us feedback