Katie Button is a true tour de force, with a degree in Chemical and Biomolecular engineering from Cornell University, two highly successful restaurants in Asheville – Nightbell and Curate – and a string of culinary accolades to her name, Button is attracting widespread attention for her food and can-do attitude. We chat to Katie about the seemingly boundless energy propelling her success and find out exactly where she would choose to go for dinner in downtown Asheville. 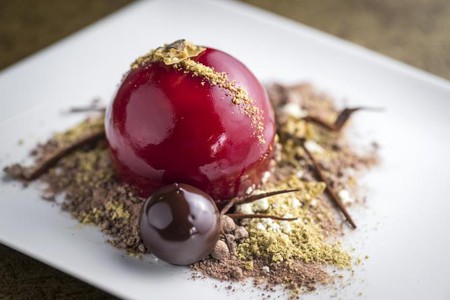 Why did you pick Asheville as the location for Curate and Nightbell?

I was born in Greenville, South Carolina, but moved up to New Jersey when I was a little girl. My grandparents however, lived in South Carolina and we used to come down this way every year. So when we decided to open our own restaurant and realized that meant we could live wherever we wanted to, we immediately thought of moving back towards the south.

I’m not sure exactly why, but for some reason North Carolina was calling us so we took a drive all over North Carolina checking out all of the major cities Raleigh, Chapel Hill, Durham, Winston Salem, Charlotte, Boone, and then we came through Asheville and immediately knew that this was the place we wanted to call home. Asheville is very unique. It is a small community tucked away in the Blue Ridge Mountains with a vibrant downtown full of independent shops and restaurants, music and art. It has so much going on for its size which is what makes it a truly unique place to live.

What dish did you create that you were most proud of?

Because I’m always most excited about what I’m creating right now, I’m really excited about a quail dish that I created for Nightbell which is made up of soy glazed quail served with a quail and medjool date sauce, carrots roasted in duck fat with crispy duck skin and dates and a carrot sauce with a hint of curry.

What are the main differences between Curate and Nightbell?

Curate is a traditional Spanish tapas bar, it is boisterous with a long dining room that shares its space with the open kitchen. The food we serve there is very focused on the products that we have available to us here in Asheville, but always with a solid footing in Spain.

Nightbell on the other hand is where I get to play and truly get creative. We are serving modern twists on classic American bar food and then stretching ourselves even more creatively with a focus on American ingredients presented in a slightly different way for our entrées. Nightbell is a finer dining and the atmosphere, while lively, is a little more refined. We also focus heavily on craft cocktails and music. 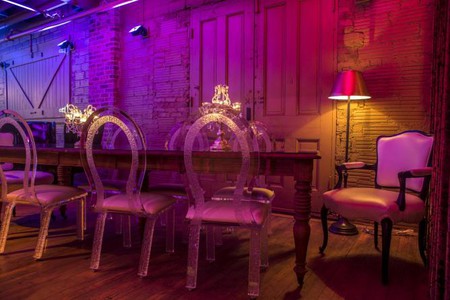 When you have time to eat out, where is your favourite place to dine in Asheville?

That’s a really tough question to answer because we are so fortunate to live in a city that is full of amazing independent restaurants, so I have to list a few of my favourite places to dine, I don’t have just one.

For lunch my go-to spots are Chai Pani, which serves Indian street food, White Duck Taco Shop – I typically order the Bangkok shrimp taco and the fish taco. It’s hard for me to stray from my favourites – and Fig – they have a fantastic quiche that I am crazy about. For dinner, I really love going to Bull and the Beggar, Cucina 24, or Table. 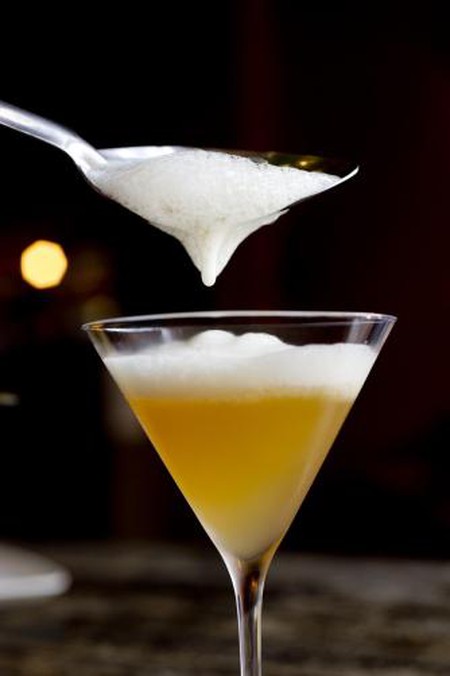 For the best drinks in Asheville, head to?

Well, I immediately want to answer, Nightbell, of course. Because my husband, Felix, has put together a stellar beverage program with surprising cocktails, interesting beers on draft and selective beers served in large format bottles, and on top of all of that I believe we are the only restaurant in Asheville using a Coravin system for wine, which means that all of our wines are not only available by the bottle but also by the glass. The Coravin allows us to offer even our highest priced bottles by the glass by permitting you to pour wine without ever opening the bottle, so we offer everything by the full or half pour, which I think is really unique and allows guests to create their own wine tasting with their courses.

If I have to pick another place in town, Imperial Life, the bar above Table restaurant has the best cocktails in town. They also make their own charcuterie and do a stellar job.

What’s your go-to place for local cuisine, and what would you order?

Asheville is such an eclectic city that it’s hard for me to pick my go-to for ‘local cuisine’ because each of our independent restaurants offer local cuisine. But I would have to go back to the three spots I mentioned earlier, the Bull and the Beggar, Table, and Cucina 24 as the three places that really focus their menu and ingredients around the seasons and what’s available locally.

At Bull and the Beggar, order the filet mignon with bone marrow. Table changes their menu so frequently that it is hard for me to name one thing to order, but I tend to order whatever NC fish they have on the menu at the time. Finally at Cucina 24, you have local ingredients presented with an eye towards Italy – the hanger steak is one of my favourite things on their menu, as are their homemade pasta dishes. 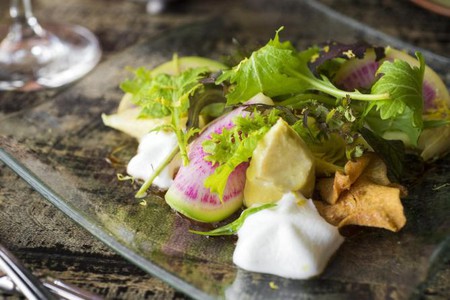 An exciting new arrival on the local food scene?

Rhubarb from chef John Fleer just opened relatively recently, which everyone is really excited about and they are just up the street from Curate, great neighbours to have. 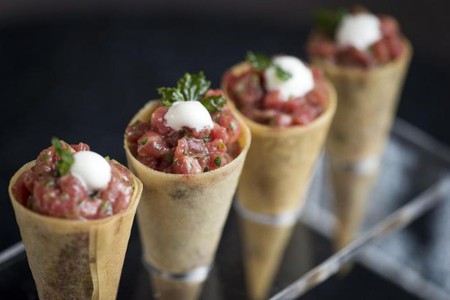 In Asheville, culture lovers need to?

See a show at the Grey Eagle. 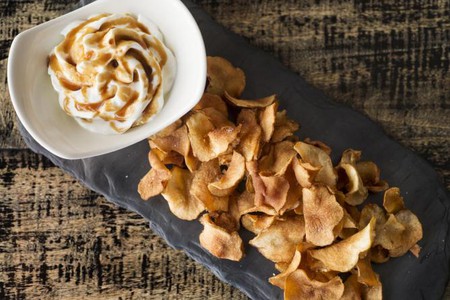