The Best Lakes in North Carolina 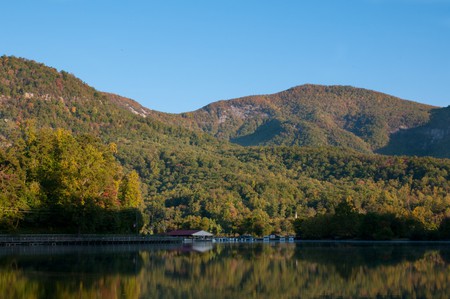 North Carolina’s lakes have a solid reputation of being clean and surrounded by beauty, since many butt up against protected lands, such as national forests and state parks. Plus, the state has so many great recreational areas that a North Carolina lake vacation can easily incorporate amazing hiking, whitewater rafting and waterfall hunting. Here are 10 of North Carolina’s best lakes.

The 14,000 undeveloped acres make Jordan Lake an amazing recreation area, and campers, whether tent or RV, love coming here since those staying overnight get access to secluded swimming and ramp spots. Keep your eyes peeled for spotting bald eagles, too. 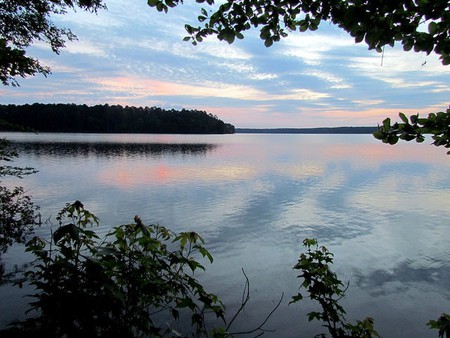 People who like to fish enjoy coming to Kerr Lake to catch a diversity of species, some opting to take advantage of the 24/7 boating ramp access to catch catfish at night. This lake also goes by the name Bugg’s Island Lake, especially among locals, in honor of the Bugg family who originally owned the land since 1752. 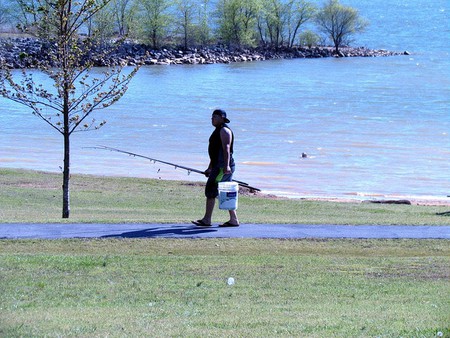 Time to catch some fish at Lake Kerr | © bobistraveling / Flickr

Mountain bikers gravitate to Falls Lake since its recreation area has 14 miles of single-track mountain biking trails divided into three loops with almost half targeted to advanced riders. Backpackers also gravitate toward this area since a section of the Mountains-to-Sea Trail winds through here. 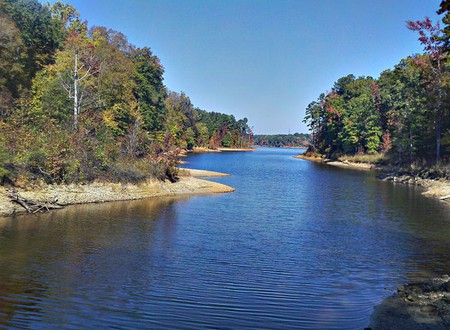 This humongous lake has attracted many of the millionaire NASCAR drivers and their teams to put down roots on Lake Norman as it sits just 20 minutes from downtown Charlotte. Lake Norman is also the state’s largest lake with 520 miles of shoreline and a surface of over 50 square miles. 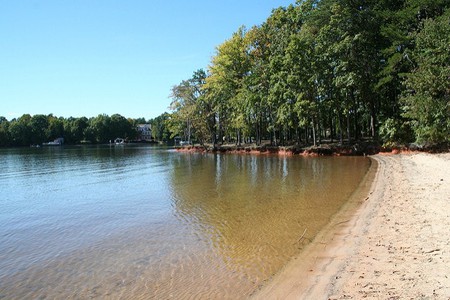 As the state’s second-largest lake, High Rock Lake has more going for it than just its size. In fact, it sits in the Yadkin Valley region, known as North Carolina’s wine country, so this lake makes a wonderful destination for a couples’ lake getaway. 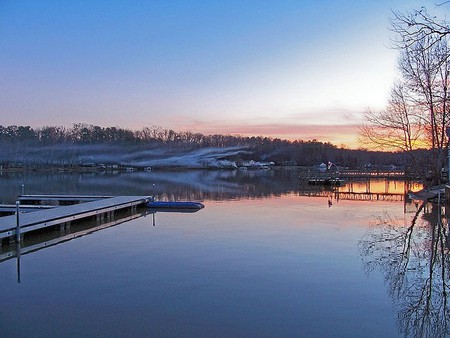 Located near the resort towns of Highlands and Cashiers, Lake Glenville makes for a fun North Carolina lake getaway, especially for couples. Dine at the famous Old Edwards Inn and cruise the winding mountain roads that encircle its clear waters.

Aerial pictures of Lake Santeetlah show the area’s truly amazing surroundings. The combination of mountains and lake provide the best of both worlds, and to top it off, almost all of the shoreline sits inside the Nantahala National Forest. 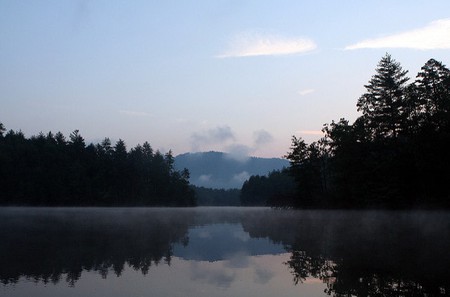 One of the most visited lakes in NC

Another lake protected by its proximity to a national forest, Pisgah, Lake James serves as one of the state’s most visited state parks in part for its large beach and swimming area, convenient canoe and kayak rentals for just $5 and plenty of hiking trails for those looking to find a little cove to enjoy. 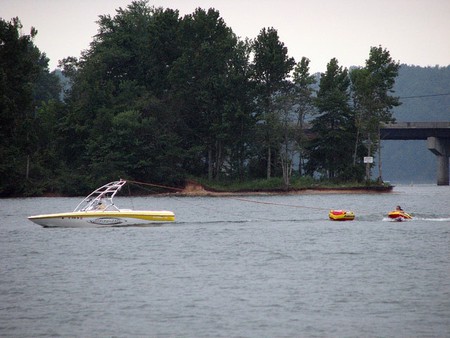 Fontana Lake to the Smokies

This lake sits in the far western part of the state, right in America’s most popular national park, the Great Smoky Mountains National Park. Many folks will utilize this lake to access some of the more remote and rugged trails that exist in the park.

Lake Lure may be the most popular lake in the state thanks to its Hollywood credits. Viewable from Chimney Rock, Lake Lure’s biggest claim to fame is its role in Dirty Dancing, and the community holds an annual festival to celebrate this iconic movie, which includes, of course, a competition to see who can recreate the water lift scene best.