The 10 Most Beautiful Towns in North Carolina 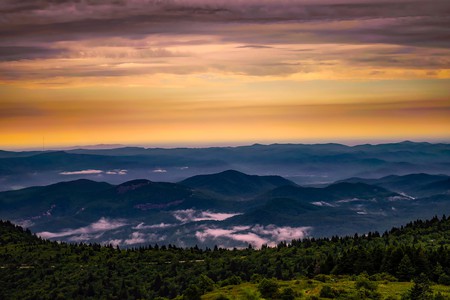 North Carolina has a lot to offer nature lovers. In the east, there’s the windswept, sun bleached Atlantic coast, whereas the west’s heavily forested Appalachian Mountains provide view after amazing view. The state’s inhabitants have built cities, towns and villages to match the beauty that the land already provides. Check out our picks for the 10 most beautiful towns in North Carolina.

Asheville really has a great deal to sell itself, from beer to great hiking. It’s gained a reputation as a bit of a hipster haven, focusing on living locally and organically. Architecture buffs will also love wandering through downtown, which is populated with a number of fantastic Art Deco buildings. The city suffered greatly during the Great Depression and took a long time to recover, therefore few of the original buildings were replaced or otherwise changed. Speaking of beautiful buildings, the Biltmore Estate, the ultimate American castle, is very nearby, and visitors with a car can enjoy a drive along the Blue Ridge Parkway through the mountains.

Only the second town founded by European immigrants in the territory of what would become North Carolina, New Bern goes all the way back to 1710, when immigrants from Switzerland named it after their country’s capital. Now it’s one of the more historically focused cities in the state, with multiple historical districts full of buildings listed on the state historic register. It was once referred to as the Athens of the South because of its Masonic Temple and Athens theatre, both of which still exist today. If you come in the spring or summer, you’ll see some of the thousands of crape myrtle trees in beautiful bloom. Perhaps the city’s biggest claim to fame is that it is the birthplace of Pepsi Cola. 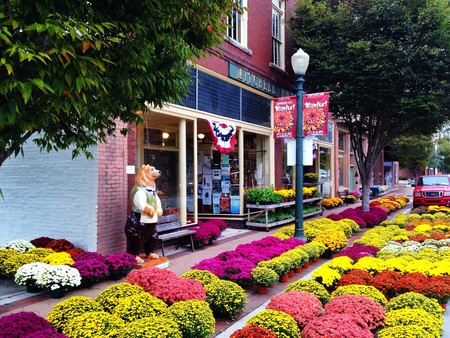 All of North Carolina’s Outer Banks islands are a paradise for quiet beach lovers, as they are more difficult to get to and therefore less developed. Kitty Hawk is especially worth visiting, as it is where Wilbur and Orville Wright flew their airplane for the first time, hence North Carolina’s state motto, First in Flight. As soon as you get onto this string of barrier islands, you’ll be greeted with the smell of salt water coming off the warm Atlantic Ocean, the pale colors of the beach, and perhaps even one of the state’s several light houses, all painted their own pattern of black and white. Kitty Hawk is a perfect place to relax to the rhythm of the waves. 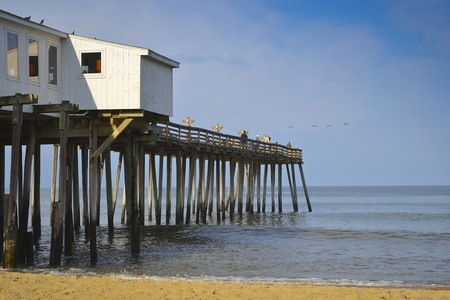 If you’re a fan of Gone with the Wind, or looking for a taste of the romantic idea of the Old South, then you would do well to come to Pinehurst, a small village in the Piedmont region (the middle section of the state). Home to just over 13,000 people, the village hosts a constant stream of visitors for the resort and the golf. It’s best known for the Pinehurst Resort, home to nine golf courses, with the Pinehurst No. 2 course a frequent stop on the PGA tour. They also have a number of gorgeous old buildings on the National Register of Historic Places, and the constant greenery of the Piedmont will never fail to welcome you. 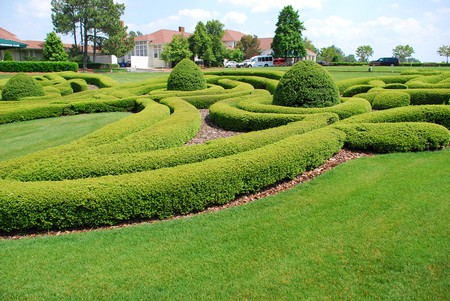 High up in the Blue Ridge Mountains near the border with Tennessee lies Boone, a town named after the well-loved American pioneer, Daniel Boone, who is said to have camped often in the area. Home to Appalachian State University, Boone has a lively vibe with plenty to do for young people despite its small population, which is under 14,000. Most of Boone’s attractions are natural wonders, like Grandfather Mountain and Elk Knob State Park, both nearby. The Blue Ridge Parkway is nearby, as is the pristine Watauga river. Autumn is a fantastic time to visit, when the changing colors of the leaves will light up the mountains. 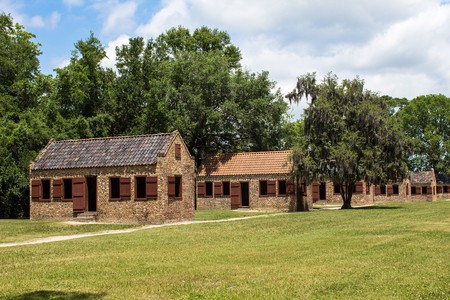 The quirky little town of Bath is the perfect site for history lovers, as it is North Carolina’s oldest town by five years (it was founded in 1705, five years before New Bern). Its heyday years were the colonial period and the very early years of the United States’ existence, and the historical center of the town has changed very little since then. Complementing the historical attractions is the coast, where tourists can take boat rides or rent jet skis to get out on the water. One of Bath’s most famous former inhabitants was the notorious pirate Blackbeard, who lived in Bath briefly. 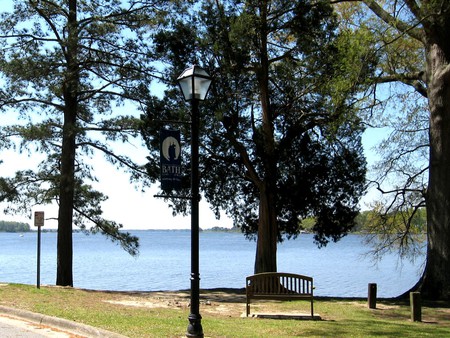 The biggest port city in North Carolina, Wilmington has something for everyone. The beach is right around the corner and if you don’t fancy getting sand on your feet, you can meander down the Riverwalk, named the Best American Riverfront by USA Today. Wilmington was also founded in the first half of the 18th century by colonists, so it has a number of historical buildings. The university, one of the more popular ones in the North Carolina system, has brought more and more young people to the area, so there’s always something cultural to do on the weekends. 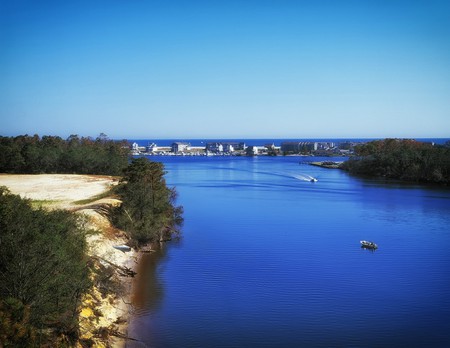 It may be located right next to the Dismal Swamp, but Elizabeth City is anything but dismal. An historic port city, Elizabeth City became very successful in the 19th century after the construction of the Dismal Swamp made shipping easier, and it has remained the man hub of its region ever since then. Because of the period of its success, it boasts the largest group of antebellum-style homes and mansions, so this is another great place to come and imagine what the Old South might have been with. They really embrace their local craftsmanship in this region, so you’ll find all sorts of interesting shops and galleries in Elizabeth City’s historic downtown. 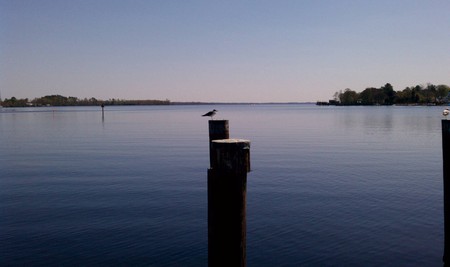 Now a quiet, heavily forested town in the Piedmont, Hillsborough was once the site of significant tensions between the colonists and the British government in the lead up to the Revolutionary War. The main street leads up a hill and you’ll encounter a plethora of charming restaurants and cute shops in addition to the historical buildings along the way. This is another good place to come if you’d like to hike, as it’s very nearby the Eno River State Park. The Eno, a very well loved part of the community, is one of the more pristine rivers in the country. 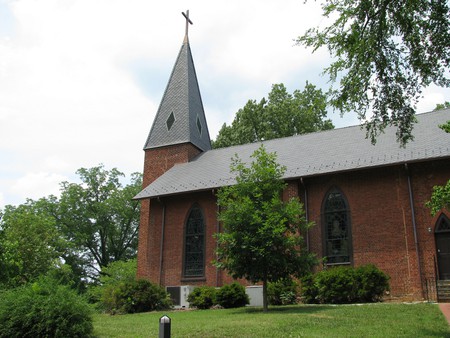 A port city from the early federal period, Southport is pretty enough that many people will be able to recognize it without ever having been there. Many tv shows and movies have been filmed there, such as Dawson’s Creek and most of the film adaptations of writer Nicholas Sparks’s books, for example A Walk to Remember and Nights in Rodanthe. The Southport Marina, a small harbor, gives the town the feeling of an old fishing village, something that the locals really appreciate. A great time to come to Southport is Independence Day, when thousands of people come to enjoy their Fourth of July Festival. 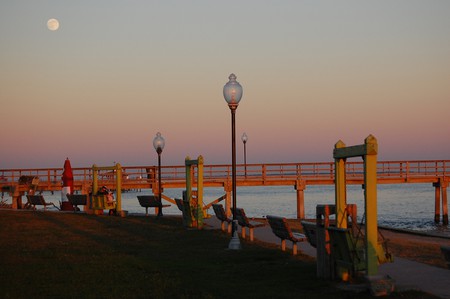