The 10 Highest Peaks to Hike in North Carolina 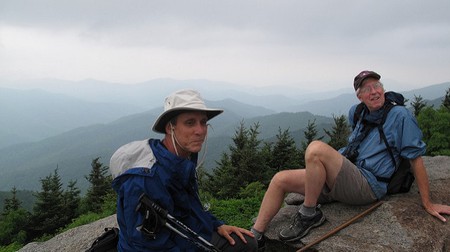 North Carolina makes for a very convenient place along the East Coast to scale 6,000-foot-high (or higher!) mountain peaks as well as the tallest peak east of the Mississippi River. But beyond just their height, these 10 highest peaks to hike in North Carolina all have overlooks or trails that make it easy for people of various skills and ability to reach these stunning summits that provide absolutely breathtaking views of the Blue Ridge Mountains and the many national forests, lakes, gorges and more that make up the North Carolina landscape.

Let’s start with the tallest mountain peak in North Carolina – and tallest found anywhere east of the Mississippi River. Mount Mitchell rises over 6,600 feet above sea level, and you can drive almost to the tippy-top with just a short quarter-mile paved trail that rewards visitors with 360-degree views that reveal miles of ridgelines. Those who want a more intense hike have three options to choose from, including 3.4-mile, 5.5-mile, or 2-mile options and all with several ideal picnic spots.

North Carolina shares this majestic landform with Tennessee, just as the states share America’s most-visited state park, the Great Smoky Mountains National Park, where Clingman’s Dome is located. Hiking trips here typically should be planned for April through November as the dome’s road closes in the winter. 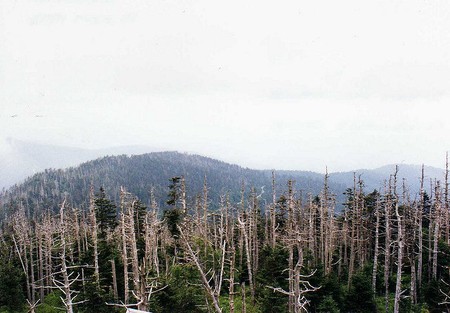 Coming in as fourth-tallest, Mount Guyot also resides in the Great Smoky Mountains National Park along the Tennessee and North Carolina border and requires advanced hiking and backpacking skills. Some who’ve summited this peak have described it as the “Everest of the Sixers.”

Balsam Cone is another hike that requires starting with the Deep Gap Trail at Mount Mitchell’s summit and then veering onto the Balsam Cone trailhead. This two-mile trail also includes highest peak number six, Cattail Peak.

Although Balsam Cone’s peak isn’t marked with any signage, Cattail Peak does, in fact, have an official United States Geological Survey benchmark.

Reaching this peak could easily be combined with hitting two of the other top 10 highest peaks in North Carolina for a fabulous three-peak day. Stay on the trail or do an optional bushwhack on the downhill toward Mount Gibbes.

Hikers that opt to hike to Mount Craig will come across Big Tom’s 6,581-foot peak along the way. Be forewarned that hikers have dubbed the six-mile loop that includes Mount Mitchell and Big Tom as extremely challenging due to its narrow, steep trail and rocky floor. Not recommended in wet weather.

Part of the Black Mountains, this 6,520-foot peak often gets confused with Clingman’s Dome, but this peak shares its trail with Mount Gibbes. Clingman’s Peak serves as the reward for hikers who start at Potato Knob in Mount Mitchell State Park.

And to round out this list of the 10 highest peaks to hike in North Carolina, park at Mount Mitchell and take the Black Mountain Crest Trail to Potato Hill. This out-and-back trail clocks in at six miles and has been deemed difficult, but it’s also considered one of the most scenic trails within the Black Mountain range. 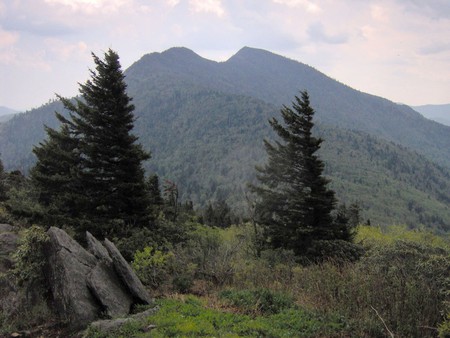 Potato Hill is the peak on the left, alongside Cattail Peak | © Brian Stansberry / WikiCommons
Give us feedback