How to Spend 24 Hours in Charlotte, North Carolina 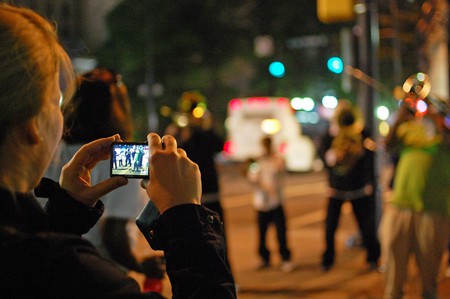 A tailored 24-hour itinerary could be created for whatever you’re seeking, whether it is art, history, craft beer, or a number of other interests that make Charlotte a great place to live and work or just visit. However, we’ve put together a guide for spending 24 hours in Charlotte to get the best flavor for what the Queen City is all about.

Start in downtown Charlotte’s queenly named “Uptown” neighborhood—the center of it all. Here in the city’s center, you’ll find lots of shops, including an overhead mall connected by skywalks. Also, 7th Street Public Market is worth a stop with its collection of local and international gourmet foods and products, plus some made-to-order pizzas and more. More than one Charlotte startup foodie business has launched here, so maybe you’ll discover the next big taste.

After lunch, take a self-guided walking tour through NoDa’s muraled streets that lead to art galleries, breweries, and boutique shops stocked with handmade items. It is the best neighborhood to find unique gifts or pick up a new accessory for yourself. Before leaving NoDa, pick up some of the best pastries in town from Amelie’s French Bakery—their goods were displayed in The Hunger Games, one of the many films shot in this cosmopolitan Southern city.

If you’re wondering how to spend your Sunday, take a page out of our book and eat like the French do. Whether you have a taste for sweet or savory, your wish is our command. • • • • #bakery #bakerylife #queencity #clteats

Choose from three downtown rooftop spots to kick off your evening. Visit Uptown’s City Lights Rooftop (Charlotte’s largest rooftop bar) or the Whiskey Warehouse, known for its photo-worthy sunset views against the skyline. Or head to the top of Hyatt Place hotel where you can also order food at Chef Rocco Whalen’s Fahrenheit, the only rooftop restaurant in the Queen City.

When there is fruit floating in your drink you’re basically drinking vitamins, right?

Now that you’ve fueled up for an evening out, time to enjoy the city’s craft beverage scene. It’s a pretty big deal here, and the South End neighborhood provides the best walkable district to imbibe in either craft beer or craft cider. It’s home to the city’s two cideries as well as six breweries. While you’re out and about, grab dinner from one of the food truck’s camped outside the breweries, or hit Diners, Drive-Ins and Dives alum 300 East for lamb ragout or Price’s Chicken Coop for the city’s best chicken.

We're thankful for you, Charlotte! The taproom is closed today to allow our awesome team some well deserved time with family and friends. We'll be open on Friday at noon for lunch followed by Food Truck Friday at 5pm.

End the Night on a High Note

In a city of Charlotte’s size—it ranks as the 16th largest in America—it’s no surprise that the Queen City has a venue for every type of atmosphere and style of music. For the big touring acts, go to the indoor Spectrum Center, which shares the space with the city’s NBA team, the Charlotte Hornets, or the outdoor PNC Music Pavilion, which has a huge lawn seat section. For a gritty rock vibe, head to The Milestone Club, which has hosted the likes of R.E.M. and Nirvana. Want to chill out? The Evening Muse and Hattie’s Tap and Tavern are your best bets.