Nina Simone, dubbed the ‘High Priestess of Soul’, was renowned for her ability to captivate the imaginations of listeners through her hypnotic voice. 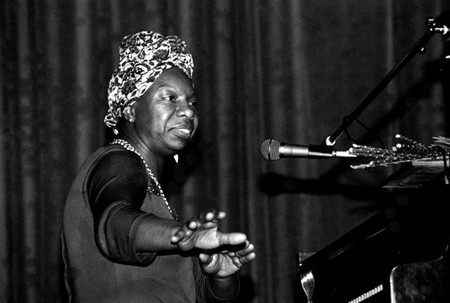 Nina Simone is an iconic American musician who is particularly known for emotionally honest songs, that left a legacy of ‘liberation, empowerment, passion and love’ in a time of unrest and upheaval. A hugely prolific artist, she recorded over forty original albums that revealed her ability to interweave the conventions from various genres of music, including classical, jazz, blues, R&B, gospel, and pop traditions.

Born as Eunice Kathleen Wamon in Tyron, North Carolina in 1933, the musical storyteller who later changed her name to Nina Simone carved out an epic career as a singer, songwriter, pianist and a civil rights activist. To this day her music is still enjoyed by the masses and is recognized for its timelessness. Her transformational style that fused jazz, blues, gospel, folk and classical music was unique. Incorporating monologues or atmospheric silence were part of her technical approach, often shocking the audience or making them truly listen and think about the content of her lyrics.

Simone learned how to play the piano at the age of three, and by twelve she had her first debut concert, which was a defining experience, shaping the way she used her music. Her parents, who were sitting at the front, were asked to move to the back to make way for white members of the audience. At this young age, Simone, who refused to play until her parents were moved back to the front, saw the beginnings of her involvement in the American civil rights movement. As she grew older and her musical experience developed she continued playing a significant role in these efforts. Playing the piano in church, her talent was quickly acknowledged, however she later applied to the Curtis Institute of Music in Philadelphia and was rejected, a decision she claimed was motivated by racism. Despite this setback she received funding to finish high school and her community further raised money for her scholarship to study at the famous Juilliard Institute in New York City. It was in New York that Simone’s music began to directly represent the struggles of the black community and resemble her connection with Black Pride. 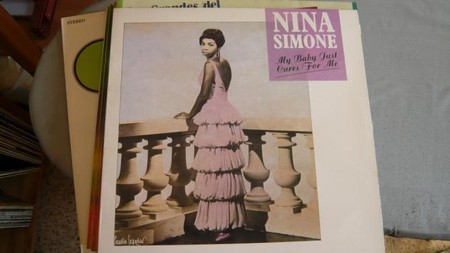 In the 1950’s Simone started to record with the Bethlehem label, and in 1959 she first started to gain public attention, with her version of ‘I Love You Porgy’. In the early sixties, she recorded albums with Candix, and from the mid-sixties she started to record with Phillips who openly allowed her to express her passionate views against racism. During this time Simone recorded many political songs that revealed her strong voice in the fight for equal rights, such as ‘Mississippi Goddam’,’To Be Young, Gifted and Black’, ‘Backlash Blues’, ‘I Wish I Knew How it Would Feel to be Free’. Other, more traditional songs she is well known for are ‘House of the Rising Sun’, ‘I Put a Spell on You, To Love Somebody’ and ‘Aint Got No (I Got Life)’. Throughout most of this, percussionist Leopoldo Flemming and guitarist and musical director Al Shackman accompanied her.
Fighting and falling out with her agent and husband Andy Stroud, record labels, and the tax authorities, all contributed to Simone’s decision to move away from the United States in 1971. When she returned in 1978 she was arrested for refusing to pay her taxes; an act that was done as a protest against the United States in the Vietnam War. After this she moved around and settled for periods of time in Barbados, Liberia, Switzerland, Britain and France. In the 1980’s she performed regularly at the Ronnie Scott’s Jazz Club in London. In 1993 she settled in France, where she passed away from cancer in 2003. Artists from around the world, such as Miriam Makeba, Patti Labelle, Ossie Davis, Sonia Sanchez and Elton John, attended her funeral.
In the context of the changes that were happening during her time, such as the CD revolution, increased use of the Internet and the raised exposure through television and movies, Nina also received much publicity on those levels. Alongside her large repertoire of treasured tunes that have featured in films such as The Thomas Crown Affair, Point of No Return and The Big Lebowski, she wrote an autobiography called I Put a Spell On You, of which French filmmakers based their documentary Nina Simone: La Legende. Many of her performances were filmed and made available on video, for example her 1976 Montreux Jazz Festival show. After her death, in 2003, her biography, Let It All Out, was published.