How To Make The Most Of The Outer Banks, North Carolina

North Carolina’s barrier islands, just off the coast in the Atlantic Ocean, are where travelers can sunbathe on long, sandy shores – most of which are studded with seagrass dunes – before heading into one of the many charming seaside villages for the world-famous seafood. The Outer Banks is not only known for its miles-long stretches of uncluttered beaches and nature preserves, but this old maritime region – known as the first settlement of the New World – also boasts a range of recreational activities for even the most seasoned of sports enthusiasts. Whether you’re a sun worshipper, adrenaline junkie, or history fan, here is the ultimate guide to making the most of the Outer Banks.

The Outer Banks, sometimes referred to as the ‘OBX,’ is a stunning string of islands that have played a key role in American history since before the constitution was written. European settlers first landed on Roanoke Island in the 16th century, located in present-day central OBX; many of their descendants still reside on the island to this day. For centuries – up until about the 1930s when the first bridges were built – the islands remained isolated from the rest of the nation, which helped to preserve the unique coastal culture along with the unusual ‘brogue‘ dialect most similar to that of the English. 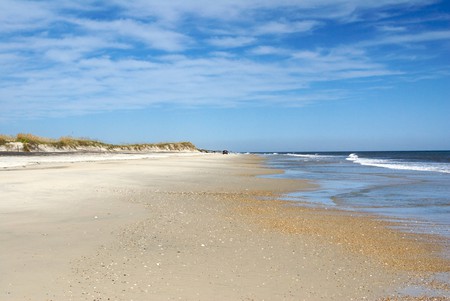 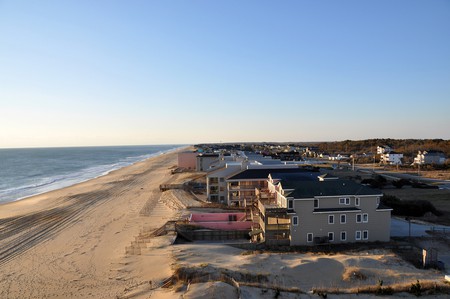 Historical sites, expansive beachfront, water sports, and wildlife preserves – Outer Banks has it all. Whether you’re interested in outdoor activities – parasailing, kayaking, surfing, hang gliding, kiteboarding, jet skiing, sailing, SUP – or you just want to catch some rays, there’s plenty to do. Start the day with a fishing trip or dolphin-watching tour before heading to one of the local museums, detailing 400 years of maritime history. You can also relax at one of the spas after a day of shipwreck diving and horseback riding. 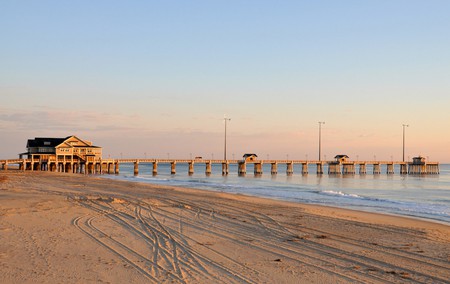 In the northern reaches of the OBX, find the historic Corolla Park, 39 acres of pristine gardens boasting three famous landmarks: the Whalehead, the Currituck Beach Lighthouse, and the Outer Banks Center for Wildlife Education. If you’re into learning about the area’s history, this a must-stop for first-timers. After that, embark on a four-wheeling journey to the beaches just north of Corolla – here lie miles of untouched landscape and herds of wild horses, believed to have landed on the shores after Spanish ships sank near Currituck in the late 1400s. Other activities include golfing in Kitty Hawk, the Currituck Banks Coastal Estuarine Reserve, and waterfront shopping in the quaint town of Duck. 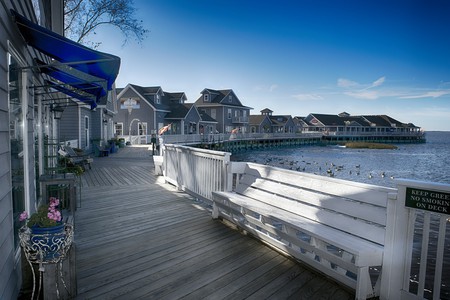 A visit to the Wright Brothers National Memorial, a granite statue that pays tribute to the first flight achieved (in Kill Devil Hills and Kitty Hawk), is a memorable experience, especially for history buffs. The historic town of Manteo with its gardens, waterfront boardwalk, shops, and restaurants is a perfect stop after a day filled with activities – stroll along the docks before grabbing a bite at one of the waterfront restaurants. Then, make your way to one of the most famous towns, Nags Head: walk along the beautiful shores, or head to Jennette’s 1,000-foot Pier for stunning ocean views, fishing, and marine exhibits. At Jockey’s Ridge State Park, the tallest natural sea dunes on the coast, find the best views of the islands. Plus, if you like to hang glide, this is prime real estate. Outside the dunes, find several hiking trails and beaches ideal for kayaking, kiteboarding, windsurfing, and stand-up paddle boarding. Bodie Island Lighthouse – the famous black and white structure just south of Nags Head – should not be missed. And for the thespians, get your fix during The Lost Colony, a play based on the original colonists of the 1500s. 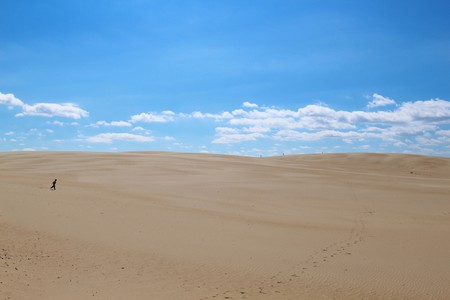 Hatteras Island should be your first stop in southern OBX. Known as the ‘Graveyard of the Atlantic,’ Hatteras is the ultimate spot for shipwreck diving. Visit the nation’s tallest brick lighthouse, the Cape Hatteras Lighthouse, before heading to one of the most famous beaches on the Outer Banks: Cape Point, only accessible via hiking trails or a 4WD vehicle. On Ocracoke Island, see even more wild horses (there are hundreds) and the Ocracoke Island Lighthouse. Be sure not to miss Pea Island National Refuge, home to over 400 species of birds and nature trails, or the historic Chicamacomico Lifesaving Station from the 1800s. For adventure sports, make your way to Canadian Hole – a world-class beach for water sports. 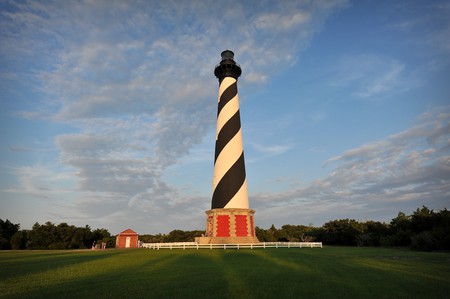 From beachside inns to quaint bed & breakfasts, accommodations on the Outer Banks are aplenty. For budget-friendly stays, book a room at the Comfort Inn On The Ocean or the Outer Banks Inn; for a little extra, stay at the Holiday Inn Express Nags Head Oceanfront or Best Western Ocean Reef Suites. If you’re willing to splurge, there’s The White Doe Inn, Cypress Moon Inn B & B, and Cape Hatteras Bed & Breakfast. And lovers of the outdoors can camp at the Cape Hatteras National Seashore. 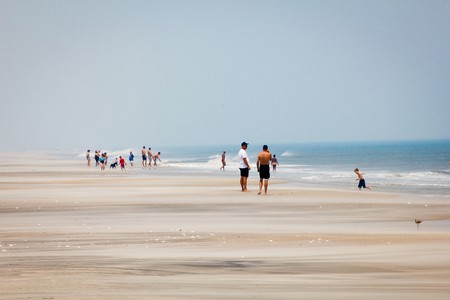 A trip to the Outer Banks wouldn’t be complete without indulging in the area’s local seafood. Tortuga’s Lie and Ocean Boulevard Bistro & Martini Bar are best for ocean eats, while Ortega’z Southwestern Grill and Wine Bar, The Colington Cafe, and the famous Kill Devil Grill provide noteworthy cuisine outside the traditional coastal fare. For beer, wine, and cheese, make your way to Trio, Good Winds Restaurant and Wine Bar, Full Moon Cafe and Brewery, or Outer Banks Brewing Station. And be sure to stop into Duck Donuts and Coastal Provisions, a gourmet market with fresh oysters, wine, and cheese. 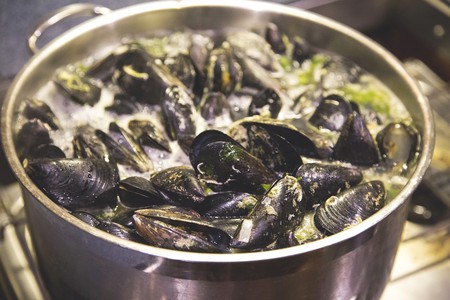 Mussels | ©Pixabay
Give us feedback