Films and TV Shows You Didn’t Know Were Filmed in Charlotte, NC 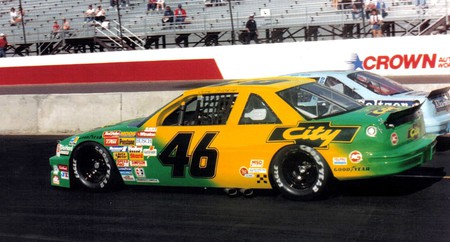 Fans of NASCAR or the movies Days of Thunder and Talladega Nights: The Ballad of Ricky Bobby could probably tell you that scenes from those movies were filmed at Charlotte Motor Speedway, but what other big or small screen films have featured the Queen City? Read on to find out.

While movies that showcase Charlotte’s NASCAR race track might be easy to link to the city, the football movie Leatherheads actually used the Charlotte skyline to represent 1920s Chicago. The football field of choice was Central Piedmont Community College’s field, and the film’s stars include award-winning actors George Clooney, John Krasinski, and Renee Zellweger.

Charlotte was a versatile location for this blockbuster franchise, most notably as Panem, the futuristic capital city in the movie that serves as an example of greed and gluttony. Other filming locations for The Hunger Games include the Knight Theater for tribute interview scenes between Stanley Tucci’s over-the-top Caesar and the tributes. The Charlotte Convention Center and U.S. National Whitewater Center also earned location credits for the film.

Another film to utilize the U.S. National Whitewater Center, Vacation depicts the story of a lovable moron and his family in the tradition of National Lampoon. In this movie, the Whitewater Center plays the Grand Canyon as the next generation of Griswold’s continue another ill-fated attempt at the great American family road trip.

Considered one of the greatest 100 TV shows of all time by Rolling Stone, Homeland utilizes the skyscrapers of Charlotte and its suburbs to represent D.C. The political drama also filmed at the iconic Duke Mansion, which served as the home for the show’s Vice President character.

The follow-up to the infamous horror flick Carrie sets the characters in Bates High School in the fictional town of Chamberlain, Maine, just like in the original. However, the sequel doesn’t carry quite the same influence as the original, which was based on the book Carrie by Stephen King.

Although only on the air for four seasons, Cinemax’s highly rated Banshee ended before many fans were ready to let go of the serial killer series. Charlotte and its surrounding areas, including McGee Lumber Company, play the fictional small town of Banshee, Pennsylvania, in the first three years of the series before filming moved to Pittsburgh for the final season.