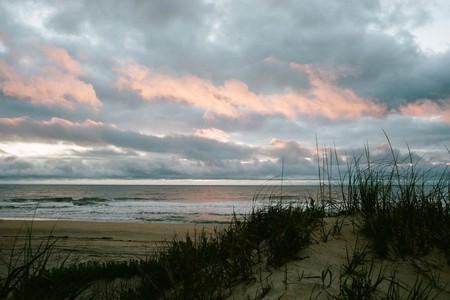 Every now and then, a natural phenomenon comes along that stumps even seasoned biologists. This mysterious island off the coast of North Carolina has people across the country marveling at its sudden appearance.

It’s not unusual for sandbars to rise and fall at the Outer Banks of Cape Point off of Cape Hatteras National Seashore in North Carolina. So when parts of the banks started to erode earlier this year, it was nothing worth talking about. But then in April, a mysterious island, a new land mass, started to form and now its discovery has locals in awe.

@Regrann from @abcnews – . A new island that’s appeared off the North Carolina coast is exciting water-loving locals and tourists alike. It's being called Shelly Island. Visitors say it’s a great place to collect seashells. And thanks to the changing tides of the Atlantic Ocean, those enjoying Cape Hatteras' Cape Point can now trek to this newly formed island. But, if you go, the park service is warning visitors not to swim out (use a flotation devices such as a paddle board or surfboards) because of the dangerous currents and riptides that helped form the massive sand bar. (@chadonka) . #ShellyIsland #CapeHatteras #CapePoint #NorthCarolina #changingtides #AtlanticOcean #riptide #sandbar

The crescent-shaped island is nearly one-mile long, with its widest point reaching a football field or more across. It is separated from the mainland by a 30-yard channel and is littered with old shipwrecks and whale bones. There are also, as local historian Danny Couch says, “oceanic manta rays the size of car hoods.” There have been sightings of tiger sharks and stingrays as well. Couch is a lifelong resident of Hatteras Island and says that while phenomena like this come around every 10 to 15 years, this is the largest one he’s witnessed in his lifetime. 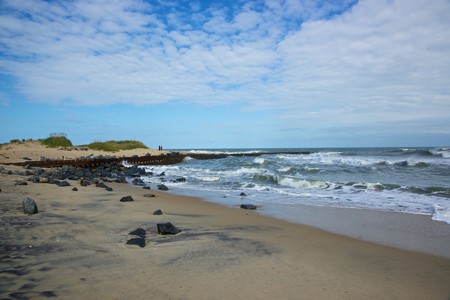 In fact, local experts, including Cape Hatteras National Seashore’s superintendent, Dave Hallac, warn that the strong currents surrounding the island are dangerous. Hallac has discouraged visitors from walking or swimming to the island, and instead suggests using a kayak or paddleboard.

What’s interesting is the natural process that created the new island can just as easily wash it away. Experts, including Couch and Hallac, agree that there’s a high probability the island will be wiped out within a year. In some areas of Cape Hatteras National Seashore, rising seas and storms eat away at beaches. In other areas, those occurrences actually produce more sand. Parts of the Outer Banks can erode for months, only to be filled back in again by the strong currents off the shore.

For now, Shelly Island, named by a young boy who saw an abundance of seashells there, is a testament to the beauty that the North Carolina shoreline encompasses. No matter what happens next, residents, as well as tourists who explore this oceanological mystery, will have something to talk about for many years to come.