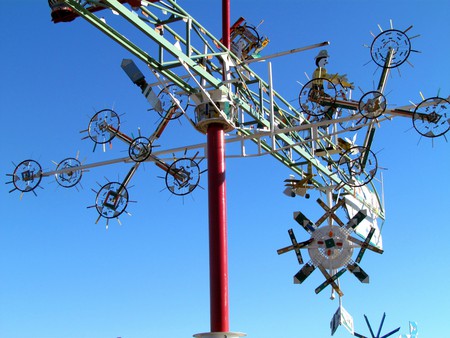 When it comes to quirky, North Carolina delivers in spades with attractions such as Raleigh’s Whirligig Park, a moving artist’s installation fit for Alice in Wonderland and Beech Mountain’s defunct Land of Oz theme park that comes to life for festivals and other special events. Or, maybe you’re in the mood to seek out the last-of-their-kind landmarks, such as the last Shell Oil clam-shaped station or the last wooden bridge in the U.S. with Haupt truss construction. Throw in some ancient hieroglyphics, one romanticized mailbox and an impressive range of artistic expression and appreciation and any curious traveler will be delighted by North Carolina’s many quirky destinations.

Charlotte makes a great home base to check out several quirky attractions, such as aforementioned Bunker Hill Covered Bridge in Claremont and Homeless Jesus in Davidson, the first sculpture depicting Jesus lying on a bench. For a fun day trip, check out the House of Mugs in Collettsville, where visitors have been adding their own coffee mugs for over a decade, totaling upwards of 20,000 now. 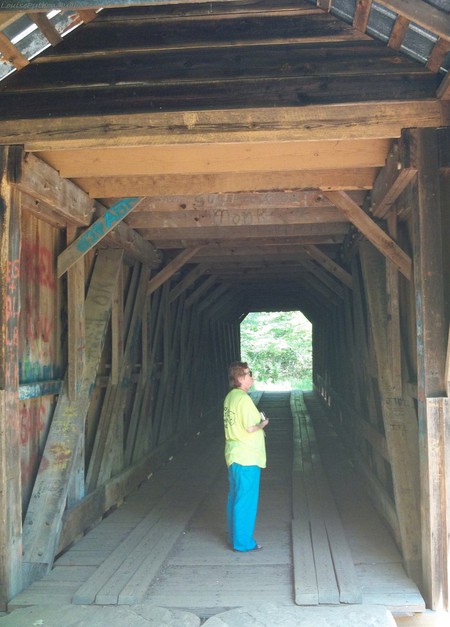 Like Charlotte, Wilmington makes an excellent home base to see several truly quirky and curious destinations in one trip. Start at the Museum of the Bizarre, then work your way to Mary’s Gone Wild Folk Art and Doll Baby Museum (if you have an aversion to the horror movie Chucky, you might want to skip this one). Another can’t-miss attraction is Battleship North Carolina, which looms across the river from Wilmington’s kooky little downtown. And as you’re exploring, be sure to take a peek inside downtown’s secret garden, the Atrium, which may be dressed up for a wedding or event. 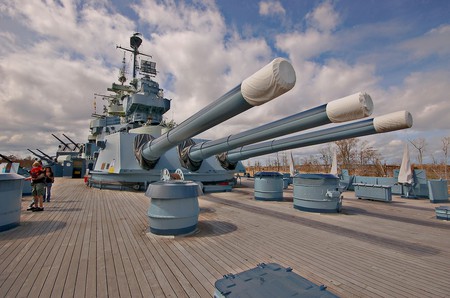 All Aboard the Battleship North Carolina | © Aaron Headly / Flickr

This city’s namesake attracts thousands of visitors each year that want to soak in all-natural hot springs. As the only natural hot springs in North Carolina, the area has long been associated with health and wellness and continues to soothe the thru-hikers tackling the Appalachian Trail, which crosses the town’s main road. Another aspect that makes this place unique is the fact that the natural hot spring water is actually pumped into private tubs. The water comes out of the ground at around 108 degrees but drops a few degrees through the pumps on the way to the tubs. While you’re in town, be sure to go to Paint Rock, home to what experts consider the best Native American pictographs in the state at an estimated 5,000 years old.

The Fugitive train wreck in Sylva

Not only is Sylva a super-cute town with some of the best beer in the region at Innovation Brewing, but it’s also home to the remains of the train wreck scene in the movie The Fugitive. And cat-lovers should certainly check off an item on their bucket list and visit the American Museum of the House Cat. Here, curious tourists roam the two rooms filled to the brim with over 5,000 cat antiques, paintings and oddities collected over 30 years by one doctor. And not to be outdone by Hot Springs, Sylva has ancient petroglyphs estimated to have been carved 1,500 years ago by Cherokee Indians.

Calling all quirky romantics: the Kindred Spirit Mailbox in Sunset Beach beckons you to put your hopes and dreams in a letter and place it in this mailbox, kind of like mailing a letter to Juliet in Verona. North Carolina’s Our State magazine’s Katie Quine describes the enduring tradition as “a symbol of hope on Bird Island. Over the span of decades, thousands have made the pilgrimage to the Kindred Spirit. All different walks of life have penned heartfelt notes in the mailbox’s journals, but one message rings clearest above all else: Love endures.” 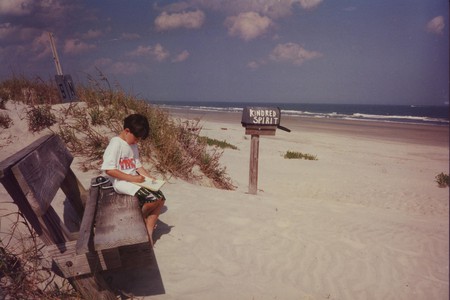 Durham has a lot of quirky charm in and of itself as the home of Duke University, but it’s much more than just a college town. Sure, exploring the old-world campus and admiring its Gothic and Georgian architecture should be on your to-do list (as well as visiting the Duke Lemur Center, the world’s largest), but be sure to take a side trip to Shangri-La Stone Village in Prospect Hill, a miniature village constructed by an eccentric wealthy Durhamite. Speaking of eccentric homeowners, quirky seekers will enjoy the story behind Castle Mont Rouge, an abandoned artist’s studio and home that has become a pilgrimage for many graffiti artists and is now labeled a no-trespassing zone. 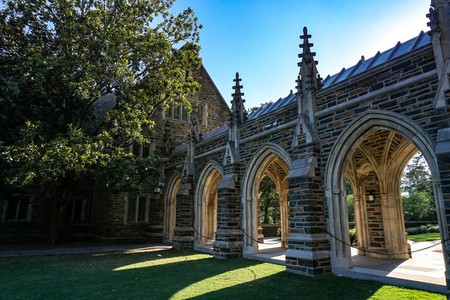 Asheville is arguably the quirkiest destination in North Carolina, with its River Arts District covered in graffiti art and love of all things bohemian, handcrafted and outdoorsy. While here, be sure to swing by America’s only chair caning museum at the Silver River Center for Chair Caning and visit America’s largest private home, the 178,000-square-foot Biltmore Estate. 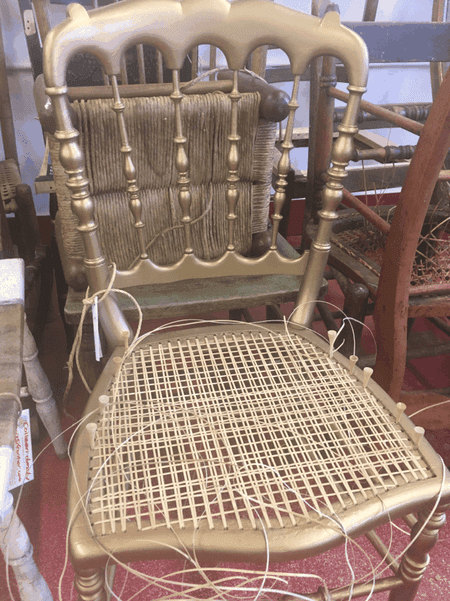 A Lesson in Caning | © Shawndra Russell

Even this city’s name is quirky, as it’s actually a mashup of two cities that united in 1913, bestowing the nickname the Dash on this former tobacco town. Other remnants of yesteryear also haunt Twin City, including the last Shell Oil station with its full-size iconic clam and old cigarette machines converted into art dispensers. For more throwback fun, venture to nearby Greensboro and beeline to Elsewhere Collaborative, a thrift store with over 58 years of finds gathered on its shelves. Or, put Mount Airy in your GPS and head to Andy Griffith’s hometown – and yes, the town has been converted into a replica of Mayberry. 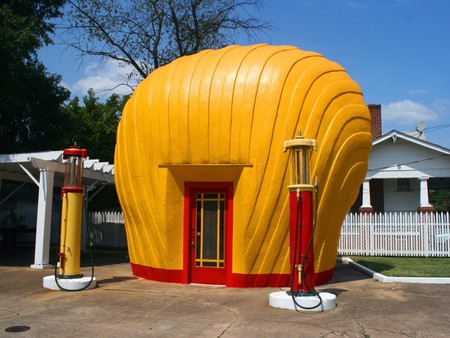 While the Land of Oz Theme Park didn’t last, its design still thrills guests during their two annual events, Family Fun Month in June and Autumn at Oz. But, year-round, fans can also rent a replica of Dorothy’s house and take a stroll on the yellow brick road. During ski season, the Beech Mountain resort hosts an annual Retro 80s weekend that is also pretty epic. 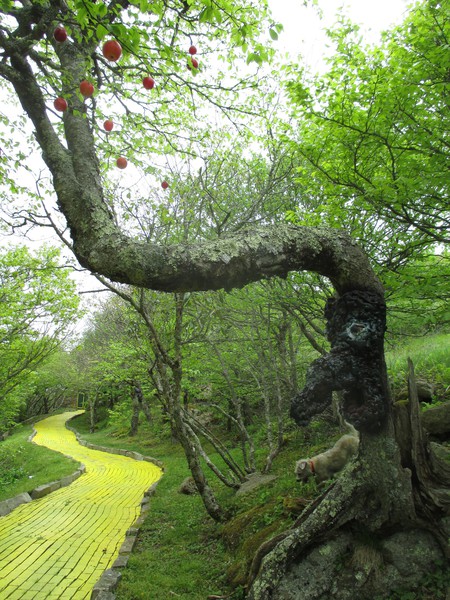 To see one of the trippiest outdoor art installations anywhere, visit Whirligig Park in Wilson, North Carolina. This two-acre park is filled with giant spinning, rotating and, yes, whirling sculptures created by Vollis Simpson. Open daily from 5 a.m. to 12 a.m., this one-of-a-kind place is free and also home to a twice-weekly farmers markets and other family-fun events like film screenings and concerts. And for another great day trip from Raleigh, consider soaking in the city of Cameron’s Barnstormer Murals. These old tobacco farms got new life when NYC artist David Ellis invited some of his friends and peers from New York and Japan to paint modern scenes on not just barns but also tractors, semis, and all kinds of farming equipment.

This village is worth visiting for two simple reasons: it’s an abandoned mill town that now serves strictly as a place to explore during guided two-hour tours and gives an honest glimpse at life in a company town that relied entirely on a mill that caught fire in 1977 and never reopened. Its unfortunate history did lead to Hollywood calling, however, as this village’s remains served as District 12 in The Hunger Games, which filmed in several cities throughout Western North Carolina. 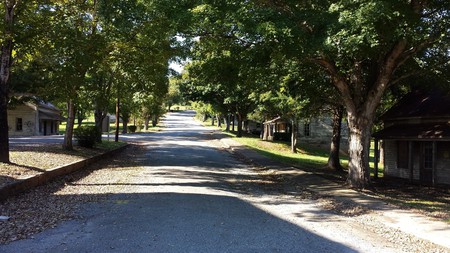