11 Epic Places in Charlotte, NC, Every Local Is Proud Of

Will Pucket mural at N Davidson & E 28th | © James Willamor / Flickr
Most locals could easily rattle off 11 epic places in Charlotte that they’re proud of, and each will likely have a unique list. However, with Charlotte’s important auto racing tradition, Southern cuisine, and focus on fun in the outdoors despite being one of the 16 largest cities in America, certain aspects of Charlotte’s history and personality no doubt deserve the description of epic, and we’ve rounded up 11 places that fit the bill.

Charlotte’s impact on the racing industry earned it the rights to build the NASCAR Hall of Fame—another epic spot in the Queen City—and this iconic track has been thrilling race car fans for more than 50 years. Indeed, the track’s importance to the sport has made Charlotte the home base of many racing teams and superstar race car drivers like Dale Earnhardt Sr. and Jr. and Kurt and Kyle Busch, another bee in the city’s bonnet. 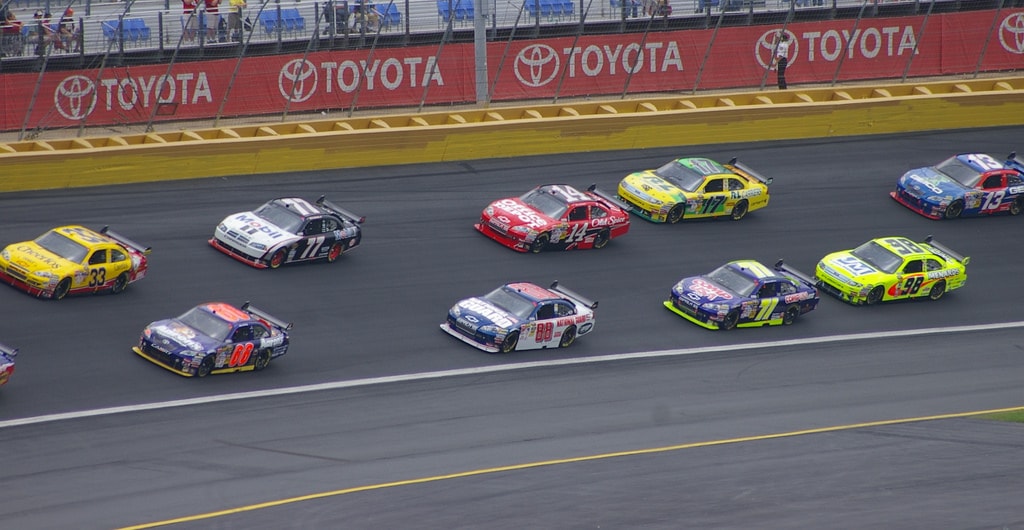 Restaurant, BBQ, American, $$$
Mac's Speed Shop | Mac's Speed Shop
This city has a need for speed, and one of the city’s most popular barbecue joints ran with that theme and opened up inside of a former transmission shop, keeping the mechanic shop vibe and slinging award-winning sauces, sides, and ‘que that have helped this Charlotte business grow to five locations in North Carolina and one in South Carolina. The city’s pride in Mac’s can be found on display at the airport too, as their sauces are sold at the airport gift shops.
More Info
Open In Google Maps
2511 South Boulevard, Dilworth, Charlotte, North Carolina, 28203, USA
+17045226227
View menu
Visit website
Visit Facebook page
Send an Email
Give us feedback

Stadium
Carolina Panthers Stadium | Carolina Panthers Stadium
Blue and black run deep in Charlotte, as fans have been supporting their NFL team with home game sellouts tracing back to 2002. The team joined the league in 1995, and they have reached the playoffs seven times in their existence, with two Super Bowl appearances that both resulted in losses. The team has entered a new era with new owners slated to purchase the team in 2018.
More Info
Open In Google Maps
800 South Mint Street, Charlotte center city, Charlotte, North Carolina, 28202, USA
+17043587000
View menu
Visit website
Visit Facebook page
Send an Email
Give us feedback

As part of the NC Music Factory, The Fillmore’s iconic theater setting has hosted some of rock’s biggest bands within its former textile mill walls. This chandelier-clad, velvet-walled space was created in the tradition of the famous Fillmore in San Francisco, and it strives to live up to its history as the home to influential counterculture acts like The Grateful Dead and The Doors. 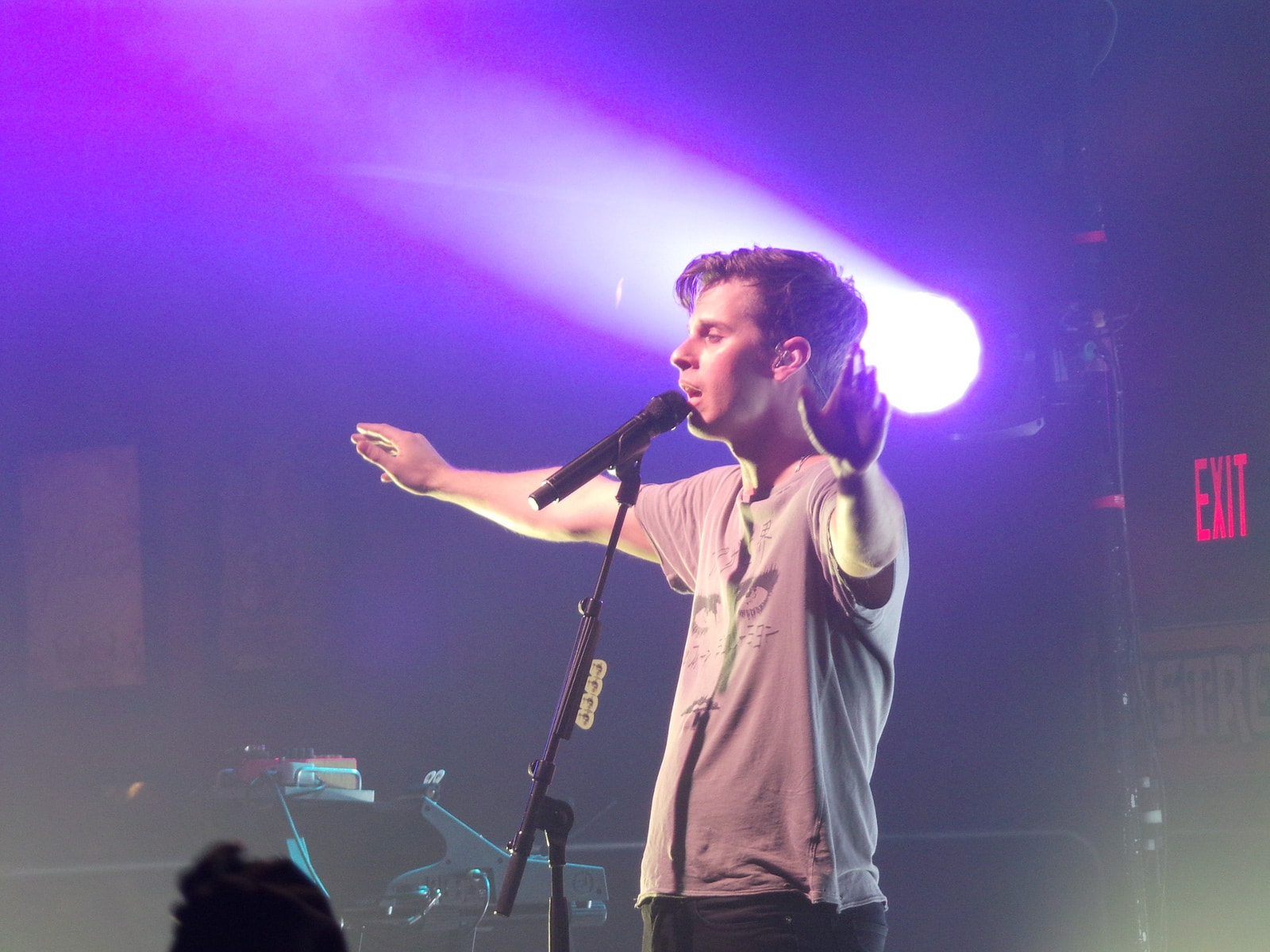 Foster the People at The Fillmore | © J Vettorino / Flickr

The Charlotte Hornets have been tasked with carrying on one of the city’s earliest nicknames when a British general said the city was a “hornet’s nest of rebellion” during the American Revolution. In fact, the team actually changed its name to the Charlotte Bobcats for a 10-year stint until owner Michael Jordan lobbied for the team to return to its roots in 2014, much to the delight of Charlotteans. 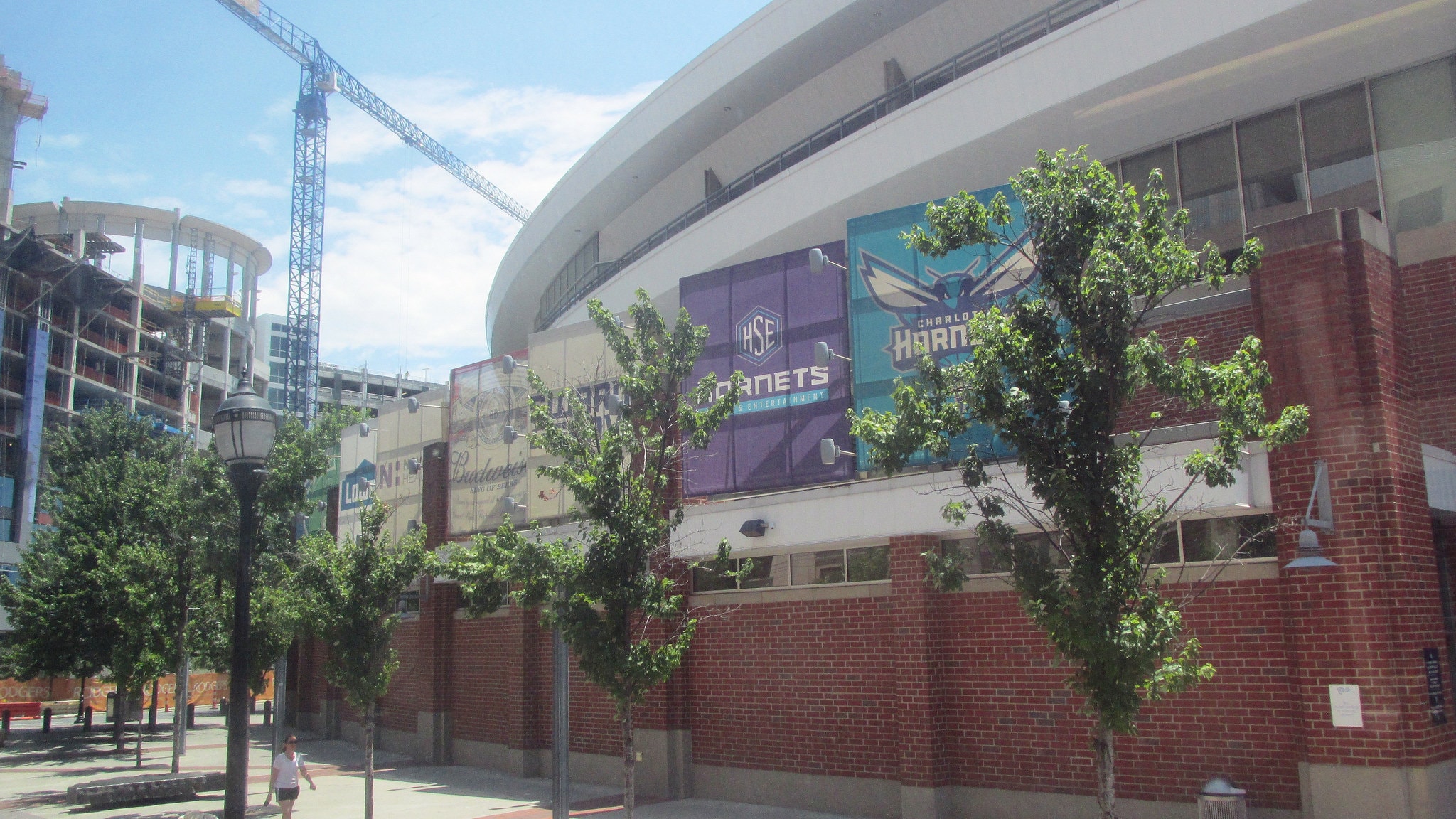 This fried chicken joint got its start here in 1977 and now has spread to 12 states, with North Carolina having 313 franchises alone. The company’s corporate headquarters also resides here and employs between 1,500–3,000 workers. 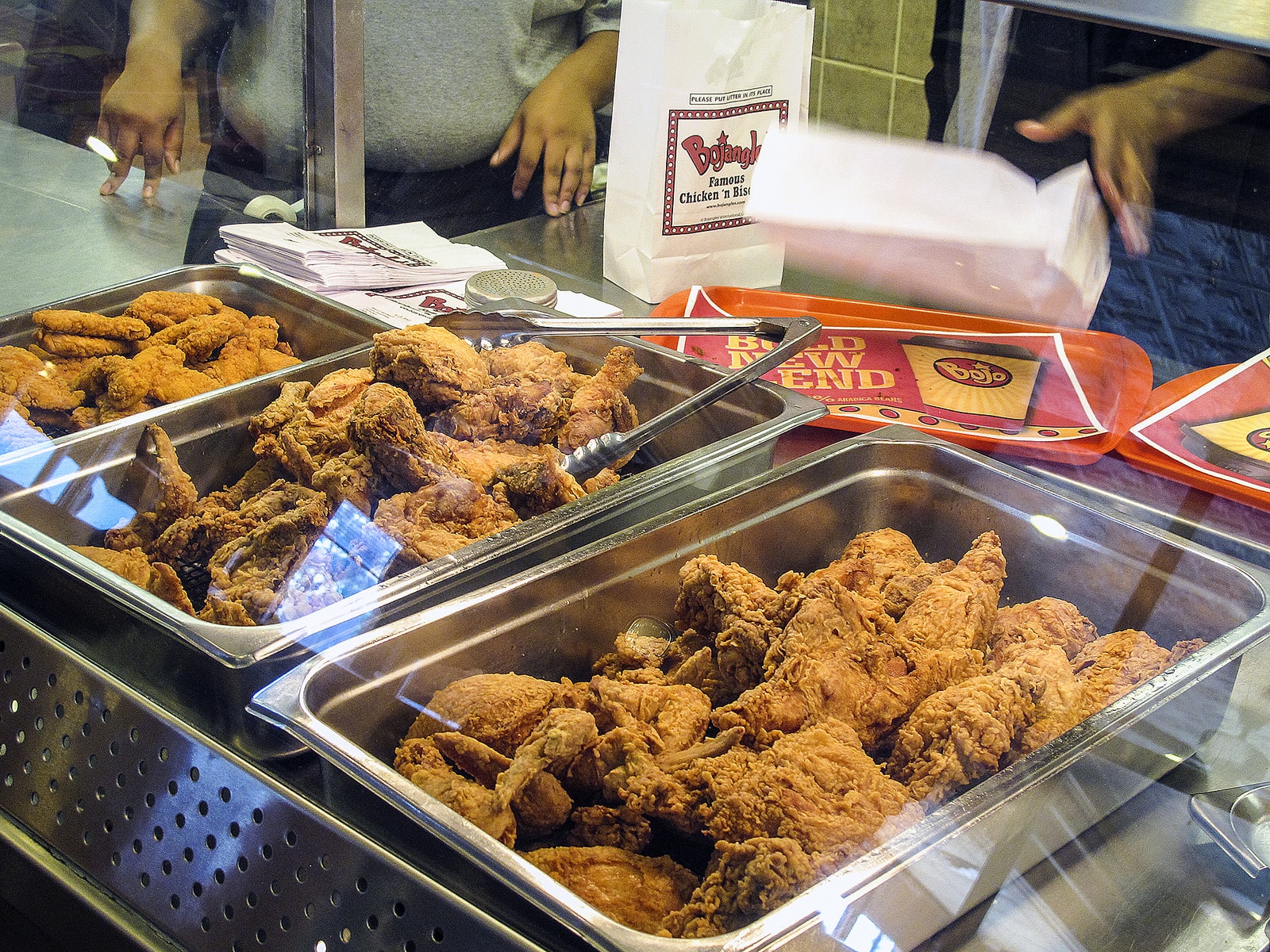 The city’s amusement park has been attracting two million visitors every year, and many Charlotteans take advantage of its close proximity to the city with annual passes. People from all over North Carolina flock here in the warm months to enjoy its waterpark and 11 rollercoasters; it’s the state’s best amusement park. 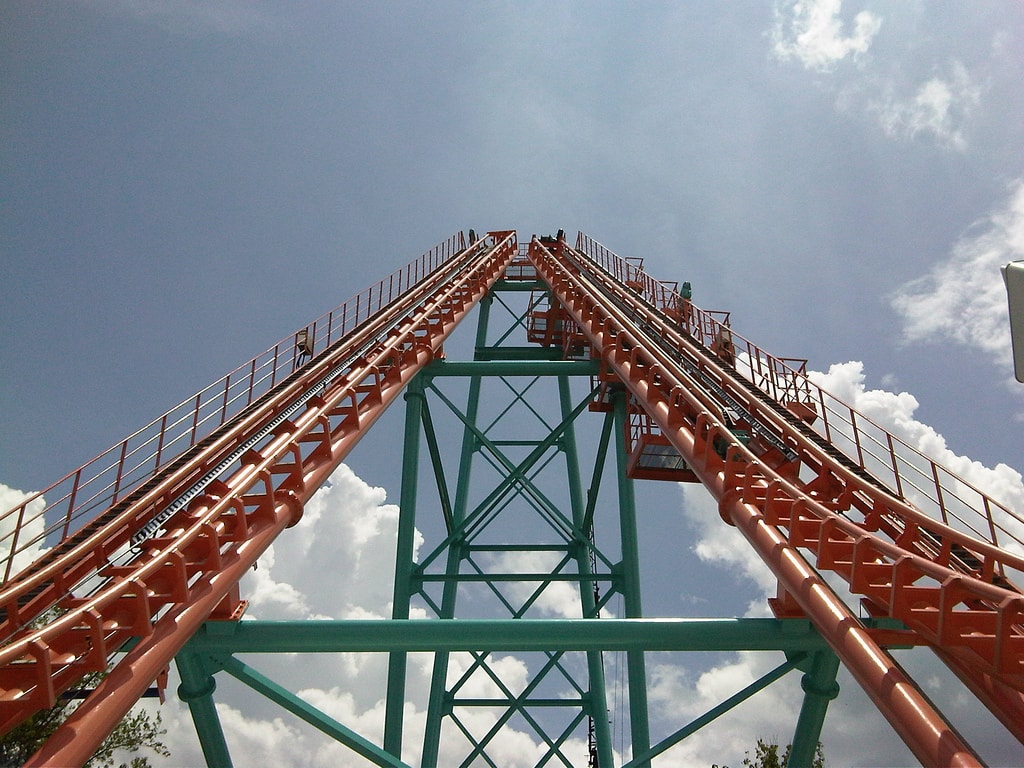 Some Olympic athletes’ dreams have started here as this facility serves as the official Olympic Training Site by the U.S. Olympic Committee and the home of the USA Canoe and Kayak senior team. Additionally, the huge outdoor playground has zip lines, hiking, and many more outdoor activities that attract locals and visitors to this unexpected adventure haven right near downtown’s towering buildings. 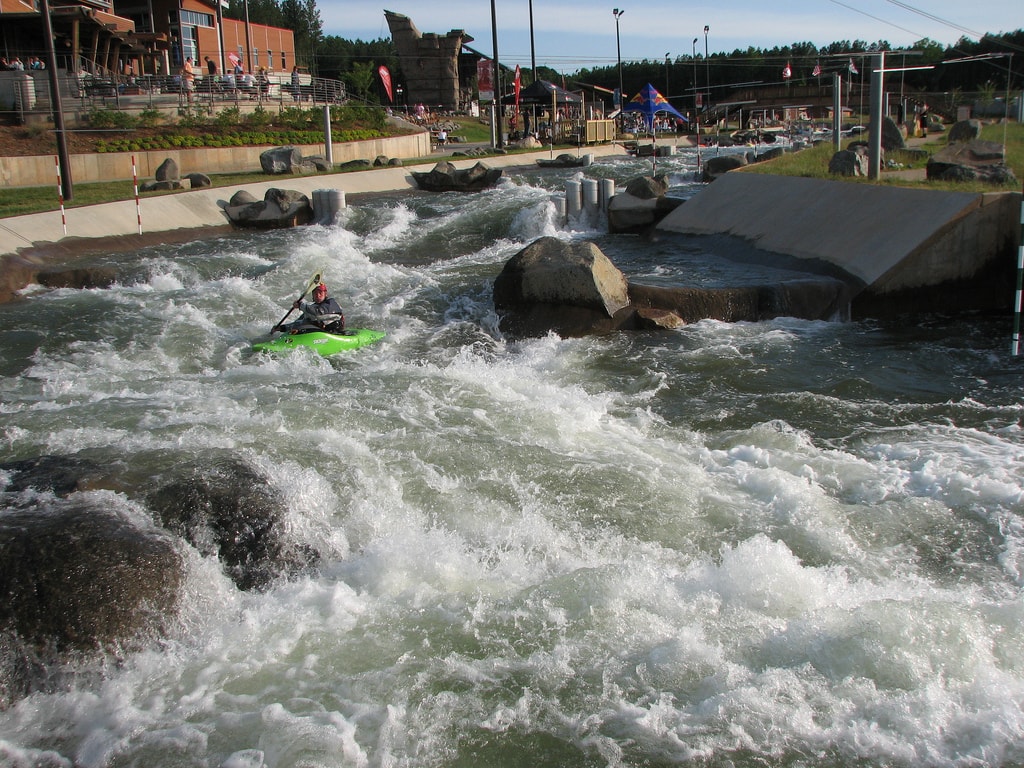 For over 20 years, Mert’s has been serving up authentic Southern soul food that has earned TV fame on the show Diners, Drive-Ins & Dives. This consistent culinary staple has become one of the city’s most popular restaurants, and plenty of Lowcountry favorites like fried chicken, Carolina barbecue, and hearty combos make it popular for both lunch and dinner.

Charlotte takes pride in its artsy NoDa neighborhood, especially its huge murals that make this area the city’s most colorful destination. Local artists and entrepreneurs make this historic arts and entertainment district a lively place to live and work—and worth exploring with a camera handy. 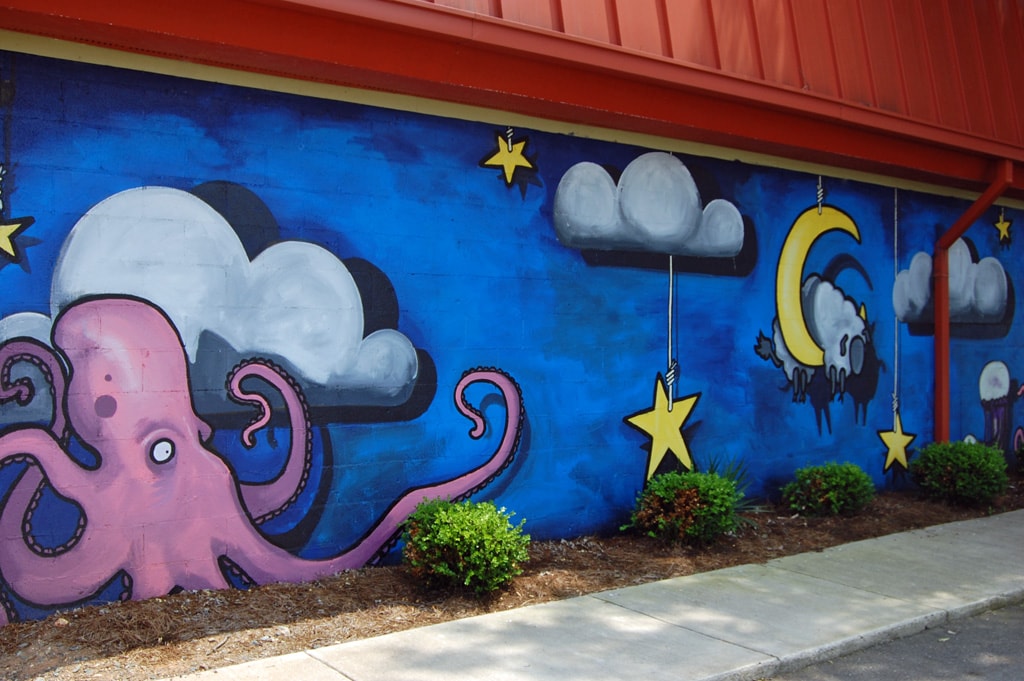