The 10 Most Historically Important Places To Visit In North Carolina

The recorded history of North Carolina began in 1585 with the first wave of English settlers, and since then, it’s been a part of the French and Indian War, the Revolutionary War, the pre-Civil War Old South, and the Civil War. It even played a big part in a couple of key points of 20th-century history. There’s a lot to learn, and these ten places are a great place to start. 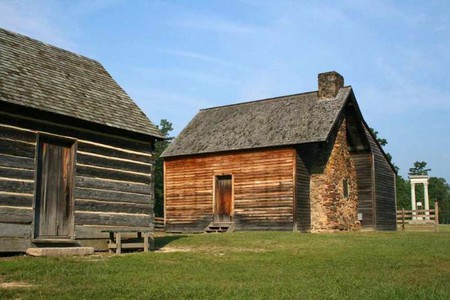 Many people may not know that although Robert E. Lee surrendered on April 9, 1865 at Appomattox Court House in Virginia, that was not the end of the war. Confederate troops had continued marching through the Carolinas until, finally, a couple of generals began calling for a meeting to arrange a truce. Central North Carolina had not been extensively developed yet, and the place that made the most sense to meet was a family farm, which belonged to James and Nancy Bennett. On April 26, this farm was where the largest Confederate surrender took place, effectively demobilizing 89,270 troops. The farm is now a State Historic Site within the Durham city limits, and you can easily visit it while you’re in town.

In 1903, Kitty Hawk rocketed to the top of the heap of famous places in North Carolina, all because of a little visit from Orville and Wilbur Wright and their newly built airplane. The Wright brothers took the plane to Kill Devil Hills, an area just to the south of the town of Kitty Hawk on North Carolina’s Outer Bank barrier islands, and it was there that they took the flight that changed human history as we know it. You can go onto the windy sand dunes where they first left solid ground and check out the memorial yourself. North Carolina’s slogan on the license plates is ‘First In Flight,’ and you have to go to Kitty Hawk to truly feel the history of this statement.

Bath was North Carolina’s first town, founded in 1705 after settlers had started moving into the area in the previous decade and a half. Its location on the mouth of the Pamlico River soon turned it into the area’s first port, and it became the colony’s capital in 1746. Soon afterwards, though, they decided to move the government, and Bath lost its importance. However, the benefit of that is that the town center is much the same as it was when it was originally built, so when you go to walk around Bath, what you’re seeing is some of the oldest European-built architecture in the United States.

The first English settlers in the New World came to Roanoke Island in two waves — in 1585 and 1587. However, the colony mysteriously vanished. They became known as the Lost Colony, and the mystery of their fate has never been solved. Now, you can come to Roanoke Island Festival Park to take part in the interactive exhibits about how life might have been at the Roanoke Colony. These include a replica ship that you can climb onto yourself and a number of exhibitions about the American Indians who inhabited the area for thousands of years before the English arrived.

Salem was founded in 1759 by a group of Moravians, or followers of the Protestant denomination that went back to Jan Hus, an early church reformer. As the municipal area grew and expanded, it became just a neighborhood of Winston-Salem until it was recognized in the 1960s as a National Historic Landmark. Now, it’s the site of a charming living museum. You can come for a walk around the campus of Salem College, which is located right in the center of Old Salem, or the streets just off campus. Be sure to stop by the Salem Tavern, where George Washington once stayed, and don’t miss the bakery, where they use the same delicious recipes as their ancestors did. 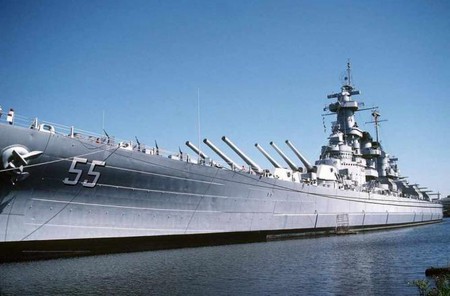 Not all of North Carolina’s history comes from the Revolutionary period. The USS North Carolina battleship offers you the perfect opportunity to get a hands-on look at World War II history. The ship was commissioned in 1941, and at the time, she was the absolute peak of naval weaponry. The USS North Carolina took part in all of the major battles in the Pacific Theater, surviving several very close calls with Japanese attacks and only losing 10 men throughout the entire war. She was decommissioned in 1947, and instead of being scrapped, a group of North Carolina residents successfully petitioned to have her brought back home to serve as the state’s memorial to its World War II veterans and servicemen lost in action.

Located in a rural part of the state, Horne Creek Historical Living Farm is a restored farmstead that has preserved the way of life from its heyday around the turn of the 20th century. Once you get out there, you can do all sorts of agricultural activities — cut grass with a scythe, weave baskets, go apple picking, or even bond with farm animals. While this wasn’t the site of any particular event, it is perhaps an even better way to connect with the past — it’s likely that most of our ancestors lived this way at some point.

Listed on the National Register of Historic Places since 1973, Stagville Plantation was once one of the biggest plantations in the pre-Civil War South. The family owned about 30,000 acres of land and 900 slaves to take care of it all, and there is still much left for visitors to see and learn. The trees that now surround the buildings somewhat obscure how impressive they would have looked at the time when they were the only things rising up from miles and miles of fields.

When you arrive at Fort Dobbs, it might not look like much. The site is still being reconstructed, but it hasn’t been completed so far. However, it’s the only site in the entire state that’s associated with the French and Indian War (or the Seven Years War), a full-blown global conflict that was an important stepping stone on the way to American independence. Construction began in 1756, when it was the only fort between Virginia and South Carolina. As such, it was the site of numerous battles between English soldiers and Cherokee warriors. Eventually, the English settlers won, and the fort disappeared into history. 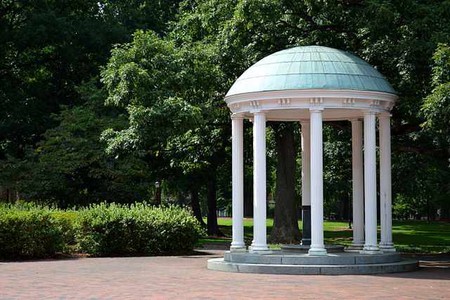 Chartered in 1789, UNC is one of the three oldest public universities in the United States, and it has the particular distinction of being the only one to have begun conferring degrees in the 18th century as it officially opened its doors to undergraduates in 1795. Now, it’s the state’s flagship school, and the campus reflects its centuries of history in its architecture. Check out the Old Well, which is the biggest symbol of the university. It’s also half of a historically intense sports rivalry — the one that UNC has with Duke University, which has its own gorgeous and historical campus just 15 miles down the road.