10 Affordable Restaurants to Try in Asheville 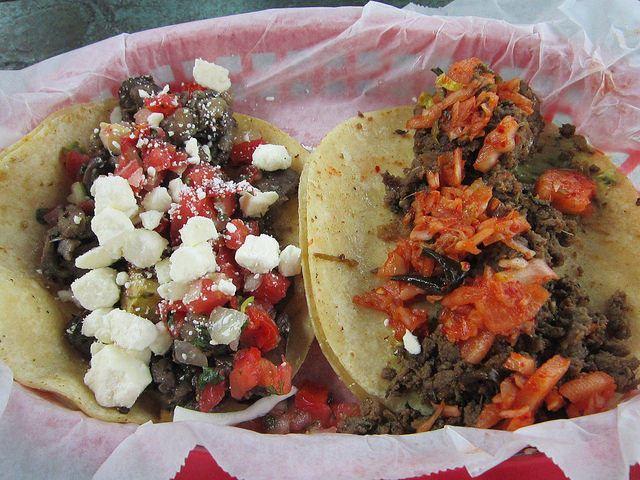 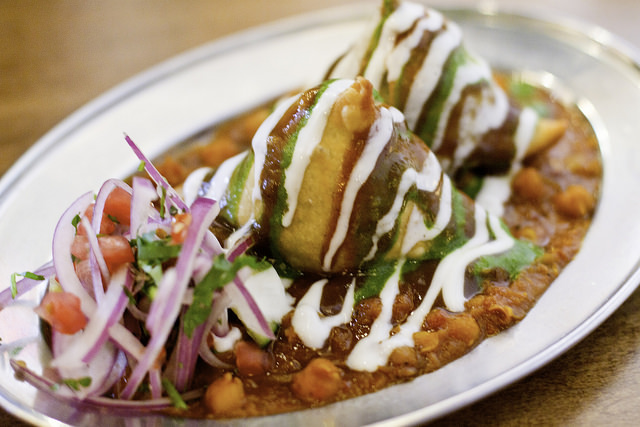 Chai Pani, home to arguably the best Indian food in Asheville, offers several ways to save. Go for its street snacks menu to enjoy the savory Indian goodness that Chai Pani is known for at prices starting at $6.99, or split one of its traditional Thali meals as they are hearty. To-go rice and curry are also affordable options.
More Info
22 Battery Park Avenue, Downtown, Asheville, North Carolina, 28801, USA
+18282544003
Visit website
Rosetta’s Kitchen
Restaurant, Bar, American$$$
Those who get creative with Rosetta’s menu can walk away with a small bill and a full stomach. Its soups, salads and small plates hover around the $6 mark. Its amazing and hearty cornbread and greens provide plenty for one meal. Going a la carte can also be a frugal way to enjoy flavors like coconut curry or Korean BBQ tempeh.
More Info
116 North Lexington Avenue, Downtown, Asheville, North Carolina, 28801, USA
+18282320738
Visit website
Mojo Kitchen & Lounge
Restaurant, Mexican, American$$$
This tucked-away spot has “Lucky #7” lunch combos that cost $7.77. Choose between a handful of soup-and-salad combo options served with house chips or one of six half-sandwiches paired with either a soup or salad and also served with its housemade chips. Mojo’s also serves affordable breakfast items all day like a jerk chicken and waffle sandwich and breakfast tacos.
More Info
55 College Street, Downtown, Asheville, North Carolina, 28801, USA
Visit website
Biscuit Head
Restaurant, American, $$$
A trip to Biscuit Head means eating half there and the other half for another meal later because their biscuits are humongous. It also has a help-yourself butter, jam and jelly bar, which is so inventive and addictive that it doesn’t seem right not paying extra. But the real steal is its gravy flight, which comes with your choice of three gravies out of its 7+ choices (including a gravy of the day) for only $7. Breakfast sandwiches do go up to $10, but plenty of $6-or-under items can be found on the menu, too.
More Info
4f, 417 Biltmore Avenue, Asheville, North Carolina, 28801, USA
+18285053449
Visit website
Mamacita’s Taco Temple
Restaurant, Mexican$$$
It’s not surprising another taco joint has made our list because tacos pack a lot of flavor for a small price. Here, customers order at the counter and choose between a burrito, pair of tacos, burrito bowl or salad for their base then select their filling of choice that runs the gambit of proteins with a few vegetarian options thrown in the mix as well. Nothing on the menu is over $10, and a pint of its house margarita will only set you back five bucks.
More Info
132 Charlotte Street, Asheville, North Carolina, 28801, USA
+18282558098
Visit website
HomeGrown
Restaurant, American$$$
More than a few locals will name this off-the-beaten-path their favorite restaurant, and perhaps part of the reason why is its home-cooked deliciousness being so affordable. “Breakfast Samiches” ring in under $5, while a soup-and-salad combo can also keep your bill around that much. HomeGrown’s burgers and other more substantial items will cost between $7–10 typically.
More Info
371 Merrimon Avenue, Henrietta- Spears Street, Asheville, North Carolina, 28801, USA
+18282324340
Visit website
12 Bones Smokehouse
Restaurant, American, BBQ, $$$
One of Asheville’s longstanding favorite barbecue joints, 12 Bones takes a no-nonsense approach to delivering smoked meats and classic sides Monday through Friday and only until 4 pm. That’s right, this place does so well it doesn’t see the need to stay open on the weekends at the River Arts District location, an example of its commitment to being part of the local community more than catering to weekend crowds. Sandwiches are the cheapest way to go, but prices for a plate with two sides and cornbread hover around $10 and will more than fill you up.
More Info
10, 5 Foundy Street, River Arts District, Asheville, North Carolina, 28801, USA
+18282534499
Visit website
The Mediterranean Restaurant
Restaurant, American$$$
Known as just “The Med” to locals and the many regulars who frequent this Greek American diner, a dollar goes a long way at The Mediterranean. Breakfasts hover between the $5–7 mark, including three-egg omelets that come with hash browns or grits and toast or a biscuit. Sandwiches and its gyros stay in this range too, while hearty, grandma’s-home-cooking style dinners clock in at $7–10 bucks.
More Info
57 College Street, Downtown, Asheville, North Carolina, 28801, USA
+18282580476
Visit website

Asheville has quite the food truck community, and these brick-and-mortarless restaurants on wheels tend to have very affordable pricing. Many breweries have a regular food truck schedule, like Green Man Brewery and Twin Leaf Brewery, but a new food truck court has recently been approved downtown where several food trucks can now be found every day, usually opening around 11 am and closing after the lunch rush or sometimes as late as 9:30.