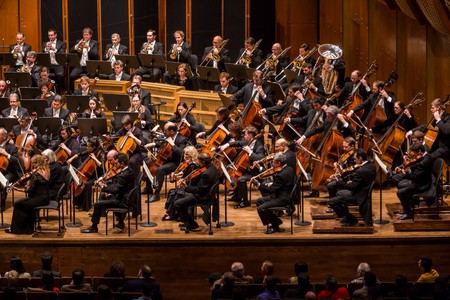 What if an orchestra musician got her skirt stuck in her instrument while playing a formal concert onstage? This isn’t a slapstick gag straight out of a Marx Brothers film: The nightmare happened in real life to Julie Ann Giacobassi, an English horn player in the San Francisco Symphony in the 1980s, and led to the end of the organization’s no-pants rule for women. Now, in 2018, the New York Philharmonic may also be ready to ditch that rule.

The New York Philharmonic is the only one of the United States’ 20 biggest orchestras that still requires its female performers to wear floor-length dresses or skirts onstage at formal concerts. But the Philharmonic’s musicians and sympathetic fans are lobbying to get the institution to join the 21st century program at long last. 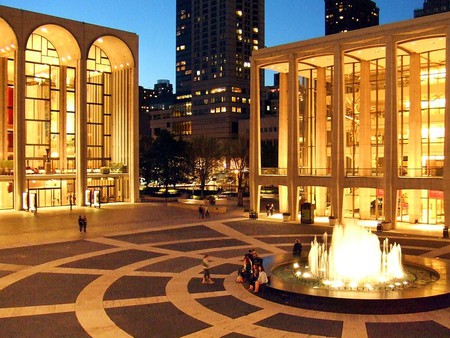 The orchestra’s resistance to change puts it at odds with New York City’s image as a global trendsetter in everything from style to art to politics. But the NY Philharmonic has defended its throwback dress policy, intended to pacify the orchestra’s longtime clientele. Other tradition-bound institutions, like the Professional Golfers’ Association, have faced pushback when trying to modernize their dress codes.

The NY Philharmonic’s president and CEO, Deborah Borda, recently pointed out in a New York Times article that some competitors’ past attempts to update their dress codes turned into humiliating disasters: For instance, one orchestra allowed velveteen bell bottoms in the 1970s and lived to regret it.

“For a year or two they looked totally cool, and then they were a joke,” said Borda. “A lot of orchestras have tried different takes on men’s and women’s formal wear. It hasn’t been entirely successful.”

But are pants for women just a passing fad, like bell bottoms? If so, they’d be the longest-lasting fad ever – women have been wearing pants for more than a century now. And the NY Philharmonic’s dress code isn’t only out of touch with women’s style – male musicians are still required to wear white ties and tails, a code that’s under as much fire now as the pants-only rule for women.

Whatever happens with the dress code policy could have likely consequences for the orchestra’s bottom line: The outdated fashion rules risk alienating a younger generation of classical music fans.

“I think we would like to see it changed, and soon,” NY Philharmonic horn player Leelanee Sterrett told the New York Times about the pants ban. “And not just changed to allow pants, but to make more of a broad statement of what it means to be dressed.”

Borda, the Philharmonic’s CEO, took a lighthearted stance on the issue in a follow-up Letter to the Editor published in the New York Times. In the letter, she wrote, “How embarrassing! The first American orchestra that allowed women to attend performances without a male escort currently bans pants onstage for female musicians at certain concerts. Thank goodness we at least dropped the requirement for hoop skirts. Nothing like progress.”

Borda added: “Know this: Change is in the air. Positive discussions between management and the orchestra are continuing. And as your critic noted in a recent review, as president and chief executive of the New York Philharmonic, I wore jeans onstage at our Central Park concert.”

Allowing musicians to wear jeans at formal concerts will be a long time coming. But Borda’s personal style choices signal that the institution might finally be ready to tweak its creaky old dress code. Stay tuned.