Will Self-Cleaning, Purifying Facades Change the Future of Urban Architecture? 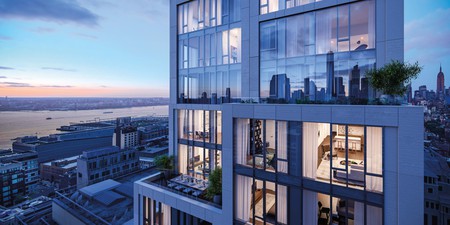 A new luxury high-rise in West Soho uses a reportedly self-cleaning, purifying facade that may revolutionize the future of urban architecture and real estate in New York City. But some are concerned with the potential long-term toxic effects of this technology.

From vertical forests to fully-energy efficient cities, sustainable design dominates the architectural dialogue around the globe. While many designers feel its their role to actively address the pollution crisis in their work, the carbon footprint for new constructions and adverse effects of new technologies can, in many cases, considerably outweigh the immediate environmental benefits.

The treatment is a photocatalytic finish called Pureti, which contains titanium dioxide (TiO2) which, when exposed to UV light, can remove atmosphere pollutants. The result is a “self-cleaning, purifying facade,” a representative for Neolith tells Culture Trip. “Pureti’s technology reverses pollution, helps improve air quality, and as an added perk keeps the facade cleaner for longer…It’s a no-brainer for developers in urban places – and for eco-conscious buyers, it’s a wonderful sustainability and wellness feature.” 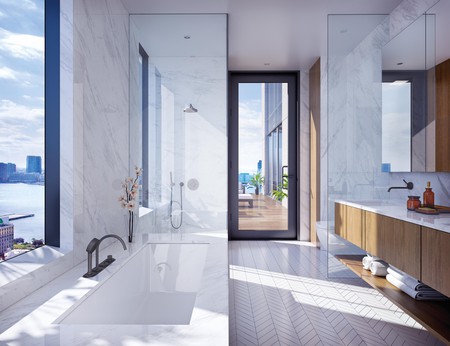 “Prior to Builtd’s partnership with Neolith, the application has been primarily commercial; it’s quite interesting how air-purifying tech is coming to the residential space and will hopefully inspire other developers and industries to follow suit,” their representative continues. They also cite NASA’s partnership with Pureti to help treat surfaces for the International Space Station and the Los Angeles Community College District to treat several buildings and solar panels to enhance efficiency.

But some wonder if whether or not this technology actually causes more harm to the environment over time. Recently on TreeHugger, writer Lloyd Alter points out various studies that address the potentially harmful long-term effect of using titanium dioxide photocatalytic finishes. One of the studies, published in 2016 by the U.K.’s Department for Environment, Food, and Rural Affairs states that “under laboratory conditions photocatalytic surfaces have been shown to effectively reduce concentrations of NOx.” In field studies in London, however, there was no strong evidence to show the reduction of contaminants could be solely attributed to the photocatalytic surface treatment.

“Furthermore, there is a risk that these materials will result in the production of other undesirable species such as nitrous acid and formaldehyde, which can have wider impacts on atmospheric chemistry as well as adverse health impacts,”the report continues. Another study from France and China states similar results.

When it comes to 570 Broome Street, founder of Builtd and architect Tahir Demircioglu admits that the design isn’t entirely biophilic, as compared to vertical forests and LEED-certified buildings. But the building “fits better with current housing practices in NYC, where unblocked views of the city are most preferred,” he tells Culture Trip.

“Sintered surfaces are manufactured [by] subjecting the 100% natural raw materials to very high pressures and temperatures, which creates an extremely strong and durable material,” Tahir Demircioglu says. He believes that more designers in the foreseeable future will incorporate photocatalytic finishes for facades, and that “turning the whole facade of a building into a device [that removes] contaminants” corresponds to this demand.

While the debate continues, one thing is clear: It’s only through a symbiotic relationship and honest dialogue between scientific communities, residential and commercial developers, and architects and designers that we can holistically address the impact of new urban infrastructure on the environment. 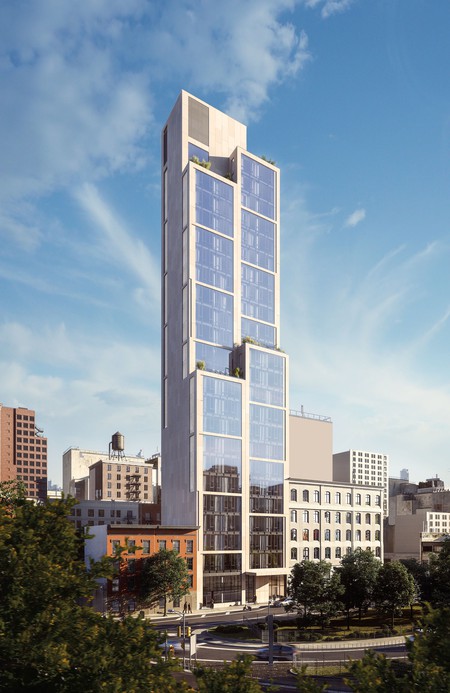 570 Broome | Courtesy of Builtd
Give us feedback