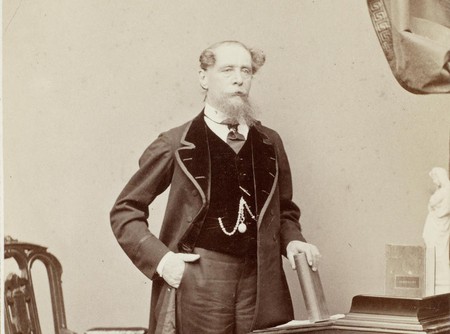 Given the author’s streetsmart characters, madcap prose, and enthusiasm for urban life, you’d think that New York would be a perfect fit for the young Charles Dickens.
But, in 1842, the reverse was true, with the 29-year-old Dickens writing in his saucily titled American Notes for General Circulation, “This is the place: these narrow ways, diverging to the right and left, and reeking everywhere with dirt and filth.” He was writing about the notorious New York neighborhood of Five Points (where “Debauchery has made the very houses prematurely old.”), just one of the stops Dickens made during his tour of the city, which also included the prison known as the Tombs and Roosevelt Island—which at the time was the forbidding Blackwell Island, an asylum-ridden dumping ground for criminals and the mentally ill. 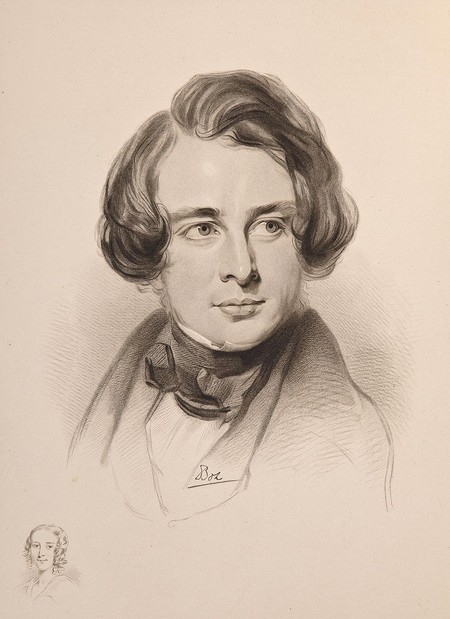 Charles Dickens, with Oliver Twist and Nicholas Nickleby already under his belt, had come to America to negotiate the international copyright laws governing reprints of his novels, so lax at the time that “bootleg” editions of his books had flooded the market, denying Dickens any residuals. Thus, it may not be surprising that his record of the city found him in a bitter mood; he even complained to The Legend of Sleepy Hollow author Washington Irving that “I am sick to death of the life I have been leading here—worn out in mind and body—and quite weary and distressed.” 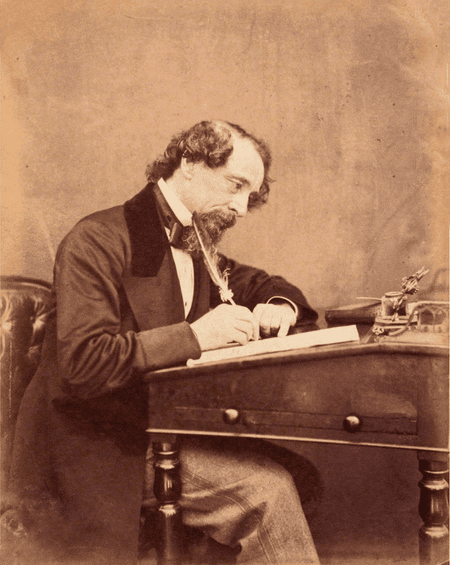 The New York Times reported that “Dickens disliked the intrusiveness of the American public, who stared at him and his wife, and the press, which reported his every move.” He found his revenge in his next novel, Martin Chuzzlewit, which mercilessly parodied American life. But nothing could be more haunting than his description of the ramshackle conditions of prisons and mental institutions: “…everything had a lounging, listless, madhouse air, which was very painful. The moping idiot, cowering down with long dishevelled hair; the gibbering maniac, with his hideous laugh and pointed finger; the vacant eye, the fierce wild face, the gloomy picking of the hands and lips, and munching of the nails: there they were all, without disguise, in naked ugliness and horror.” He was scarcely more impressed with the rest of the country, writing to a friend after his tours of Richmond, Virginia, St. Louis, and Washington that “this is not the republic I came to see; this is not the republic of my imagination.”

It’s worth remembering that the Manhattan Dickens visited was still in a state of evolution, dangerous, crowded, and effectively ending at 42nd Street. When he returned to New York in 1868 for a series of lectures (at 14th Street’s Steinway Hall), he found conditions had improved and said as much, saying “How astounded I have been by the amazing changes that I have seen around me on every side…changes in the rise of vast new cities, changes in the growth of older cities almost out of recognition, changes in the graces and amenities of life, changes in the Press, without whose advancement no advancement can be made anywhere.” But it was his original description of his visit that stuck in the popular imagination, making Five Points a legend that would prompt future works from writers like Herbert Asbury’s nonfiction The Gangs of New York: An Informal History of the Underworld, which would be adapted into a film by Martin Scorcese in 2002.