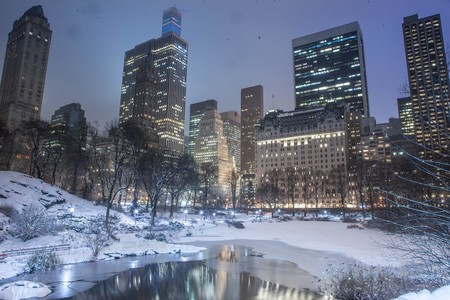 During the late-fall and winter months, adequate heat and hot water is mandatory in New York City apartments, but so many renters go for days, weeks, and sometimes months on end without these basic necessities. While negligent landlords dodge tenants’ calls and ignore the complaints, it’s important to know your rights. If you’re renting in the Big Apple and go without heat or hot water this winter, here’s what you should do…

During the “heat season,” which runs between October 1st and May 31st each year, all apartment (residential) buildings in New York City are required, by law, to provide adequate heat and hot water to tenants. But what do you do if you don’t have them? What are you supposed to do?

To put it simply, 311 is your friend. This number is like a lifeline for New Yorkers and, unlike other ‘government’ hotlines and entities (like the DMV for instance), representatives at 311 are on top of their game. They’re straight-forward, respectful, and take complaints seriously. You can even make the complaint anonymously if you’re nervous about putting your name out there. If the prospect of a quick phone call is your least favorite thing ever, just submit the complaint online.

Once you contact 311 (by phone or electronically), they notify NYC’s Housing Preservation and Development (HPD) of the complaint. HPD then notifies the landlord and makes a visit to your apartment building to see if the issue is resolved. If it’s not resolved, the landlord has to pay. And the fines are pretty steep. 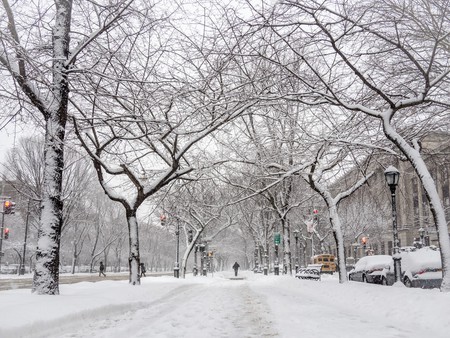 In Prospect Heights, Brooklyn, one woman told me of her consistent heat and hot water issues in her rent-stabilized apartment—and it’s gotten worse over the years. Her apartment management company will let days and weeks go by without fixing the issues. Last year, she took them to Housing Court and won, but this year, it’s still a problem.

“Being a resident in this building for over 22 years and not having heat is a disappointment,” she said. “My granddaughter cannot even come to visit me because it is entirely too cold. At one point I found myself in my living room with my winter coat on. This management should be ashamed of themselves… the coldest winter ever and we don’t have any heat.”

But some New Yorkers have trepidation about calling 311, in fear of retaliation from their landlords. Kathryn, a New York editor, spent the month of January without heat for nearly eight years. “My last apartment in Park Slope had a live-in super who would leave the country every January. When a cold spell would invariably fall, the boiler would often go out with no one around to fix it,” she says.

“The first couple of times it happened, I spent several sleepless nights wearing four layers of clothing and two pairs of wool socks, still shivering under my duvet,” she recounted. “Later I made a friend who had a pull-out sofa and loved having house guests, and I would crash at his place during the coldest, heatless nights.”

“Theoretically, my roommate and I could’ve called 311 and report the building—we never did, though. We were paying far below market rent for our apartment without the protections of a rent-stabilized unit, and we didn’t want to risk provoking our landlord’s ire and having him retaliate by raising our rent,” Kathryn continued. “[For most New Yorkers], I’m sure the 311 hotline is great. In my situation, though, living at the landlord’s mercy, we had to suck it up and not say anything. I’m not sure we had an alternative.”

In Bushwick, a 26-year old native New Yorker Rachel told me of her heat and hot water trials last winter (2016–17), which was relatively mild compared to this year’s. “There were five occasions last year when we didn’t have heat for a day or two at a time. We all had to put on everything we owned,” she laughed. “But you know, when it’s the dead of winter and you go without heat even for a day it’s awful,” she recalled, soberly.

Year-to-date, HPD has received 105,029 complaints during this current heat season. That’s a lot of New Yorkers who are literally freezing in their apartment due to careless, negligent landlords, and that doesn’t even include the countless homeless who are forced to stay on the streets and turned away from shelters.

When it comes to your renter’s rights, if the heat or hot water issue is not corrected, you can request that HPD implement their Emergency Repair Program (ERP). Your landlord will be forced to pay the bill for a private repair company to come in and restore the system—which would cost them a lot more than just fixing the problem in-house or with their own contractors. 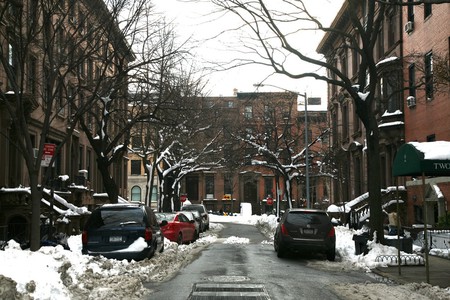 If the landlord fails to pay the incurred fines from HPD, or continues to receive numerous violations, HPD will take your landlord to Housing Court. You can file a separate case against them—so long as the violation is noted and on record.

While the freezing temperatures continue to plunge in the metropolitan area this winter, there’s no excuse for New Yorkers to go without heat or hot water. If this is happening to you, be sure to call 311 every day until the issue is resolved.