Sleeping Among the Wolves in Upstate New York 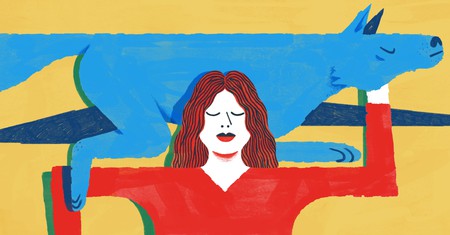 Brooklyn-based herbalist Vanessa Chakour hosts a series of wellness retreats at the Wolf Conservation Center, located only an hour away from New York City. There, groups of women reclaim their wild selves through meditation, plant walks and cleansing rituals as the center’s resident wolves look on.

On a brisk afternoon on the first day of autumn, a group of women gather around a fire in upstate New York to hear the wolves howl.

A deck of Animal Spirit tarot cards, freshly harvested mugwort and the remnants of a vegan feast are scattered around the forest campsite. We’ve come to the Wolf Conservation Center (WCC) in upstate New York to unplug, recenter and ultimately reclaim our own intuitive, wild natures. Here, ‘wild’ doesn’t mean a state of chaos, but a state of deep self-possession and awareness – a unity with the land and self. 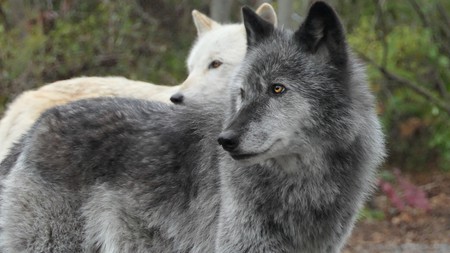 Sipping freshly harvested nettle and clover tea poured from large glass jars, Vanessa Chakour – owner of Sacred Warrior, a Brooklyn-based wellness company – begins the retreat with a grounding meditation and invites the elements of earth, water, fire and air to support our grounding and guidance over the next two days. Tonight, we’ll be sleeping among one of the planet’s most dangerous – and misunderstood – predators: wolves.

“There’s something about being around wolves that reaches deep down into the soul, especially hearing them howl,” says Chakour. “Spending time with them produces a deeply transformative, emotional experience … A lot of people tell me it stirs something in their soul. Something really primal, almost like a deep remembering.” Her retreats are ultimately about finding your inner howl. As one participant puts it: “If you never lose the ability to howl, you can always find your pack.”

The WCC is home to around 50 critically endangered wolves, including 20 pups and four ambassador wolves – Atka, Alawa, Zephyr and Nikai – spread out over 20 acres (eight hectares). The ambassador wolves are raised in captivity inside a large fenced area on site, and can be viewed by the public. 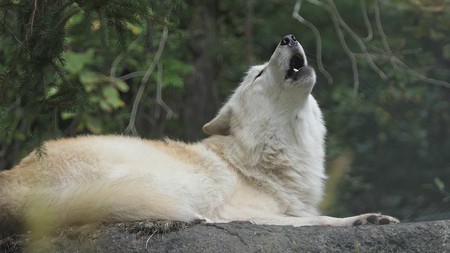 That afternoon, WCC executive director Maggie Howell calls out for the ambassador wolves, whom she’s known since their birth. They emerge, hyper-alert, from the wooded area with a slow, calculated gait, marking the perimeter of the territory with urine. Their eyes are wild, their muscles taut.

“These are the wolves that help forge a connection between our visitors and the wild wolves,” says Howell. “They open the door to understanding the importance and plight of their wild kin.”

The center’s 46 federally protected Mexican grey wolves and red wolves are kept away from the public in order to safeguard their naturally elusive behavior. “Staff rarely goes [to the secluded areas],” says Howell. “In order to give [the wolves] the best chance at success in the landscape, we want to make sure they have a healthy fear of people. We primarily use webcams to track their behavior and health.” Devoted volunteers control the webcams and report anything unusual, and the public can view the streams at the WCC website. 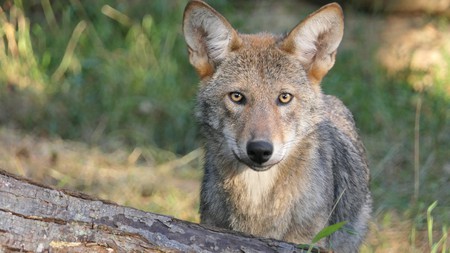 These wolves are among the very last of their kind. In the early 2000s, 17 red wolves and five Mexican wolves were rounded up and moved into federally protected conservation programs, and, since then, their numbers have grown. The center hopes to return some of their wolves to the wild, but they remain massively misunderstood creatures, meaning their chances of survival are limited; most of the wolves already released by the center have been shot and killed by humans (who can mistake them for coyotes).

“It’s not that the wolves are hunted; they’re illegally killed,” Howell says. “We do have state-sanctioned wolf hunts in the US, but these killings are not a part of that. So the red wolf and Mexican wolf fatalities, those are federal crimes. And unfortunately, they rarely catch the culprits.”

But how did they become endangered in the first place? Howell cites loss of habitat and previous predator-eradication schemes run by the government, who did not understand the damaging ecological impact such initiatives would have. Howell hopes that the webcams and ambassador wolves help instil visitors with a passion for the species and diffuse any cultural misconceptions people may have. “We have this iconic predator right here in our country, and it’s an animal that needs our help,” she says.

Back at the campfire for the evening, Chakour begins a fire-cleansing ritual, just in time for the autumn equinox. As we meditate, she prompts us to write down what we wish to release into the fire. “The fire-cleansing ritual is powerful because we state what we need to heal, and physically throwing [what we’re ready to transform] into the fire is a powerful step in the process of healing,” Chakour says.

One by one, each woman places her paper into the flames and watches it burn. The woman next to me cries softly; another steadies her gaze intently, smiling once her paper evaporated into smoke.

As with any cleansing ritual, filling the space with a positive intention afterwards is essential – otherwise, it’s just a void. “Nature abhors a vacuum,” Chakour says, quoting Aristotle. I set an intention to replace fear with gratitude and to seek God in every living thing. Others speak of their intentions to no longer seek the approval of others, to trust their intuition, to let go of trauma and to “stretch out the legs of the huddled little girl inside them.” From one woman, we hear: “To finally say: I am enough.”

A silence takes over the fire, until the song of 50 wolves breaks into a wild lunar chorus, surrounding us. 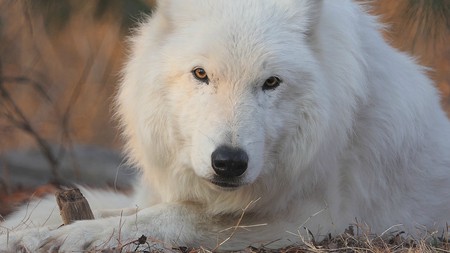 The eldest ambassador wolf, Atka, passed the day after the autumn equinox. A benefit will be held in his honor on December 6, 2018 at the WCC. | Courtesy of Wolf Conservation Center

Shortly after the retreat, the eldest ambassador wolf, Atka – a lone wolf lovingly referred to as the CEO of the pack – passed away at the age of 16. This story is dedicated to Atka’s memory.

For more on the WCC and how you can help educate others on wolves, visit their website here.