What Everybody Can Learn About Love From NYC's Polyamorous Community 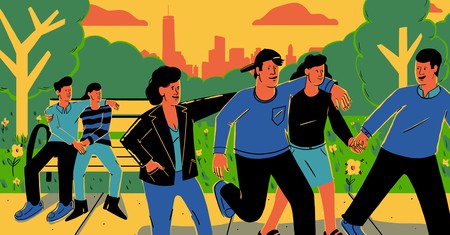 Polyamory – a lifestyle defined by being emotionally and/or sexually involved with more than one person at a time – may not be for everybody, but New York’s ethically non-monogamous community has plenty to teach even the happiest pair-bonded couples.

If you’re single in New York and use dating apps, you might have noticed a surprising number of accounts divulging the user’s “ethically non-monogamous” status. This isn’t a new relationship trend; one in five American adults reports transparently and consensually investing in more than one romantic partner at one point in their lives. However, polyamory is now more visible and more accessible than ever before thanks, in part, to the internet.

“Ideas are being shared so much more widely and easily, so people are able to pick and choose from a much larger menu of ideas that shape who they are,” explains Mischa Lin, VP of polyamorous community organization Open Love NY. “The rise in interest of ethical non-monogamy is part of an overall greater interest in the individuation of society.”

Morgan Greenseth, a New Yorker now based in Tulum, Mexico who designs feng shui-inspired interiors for hotels, discovered polyamory in college after reading a sci-fi book which depicted futuristic relationships as consensually non-monogamous.

”It talked about how there’s not just one person for you, there’s multiple people with multiple personalities,” Greenseth explains. “It was sort of like this a-ha moment, like, how can we expect one person to meet all our needs and wants? That just doesn’t seem sustainable. From there I was like, ‘This makes total sense and why am I not dating this way?’” 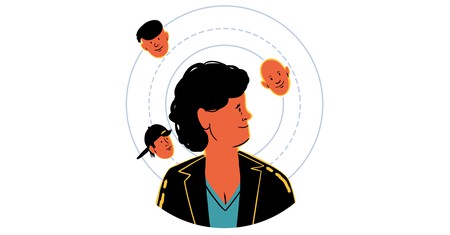 Polyamory provides the opportunity for an individual couple to examine what is important to the relationship and what is negotiable. For Greenseth, polyamory involves a “don’t ask don’t tell” policy – a common principle polyamorous couples abide by.

“There are certain guidelines and rules. In the past we’ve said no sleepovers, always come home, be safe sexually – that kind of thing,” Greenseth says. “Maybe there are times when you do need to reframe and change some variables and it should be fluid but discussed. That’s the key.”

The majority of couples often operate within the unwritten rules of monogamy. Sexual and emotional fidelity are assumed. Specific milestones – living together, getting married, becoming parents – loom from the moment you enter the relationship. While the timeline of these milestones has lengthened from previous generations, there tends to be limited opportunity for negotiation when it comes to these parameters, but perhaps there should be. Monogamy is basically the relationship equivalent of an off-the-rack suit, Lin believes, whereas polyamory can be customized to fit your requirements.

The average monogamous couple hoping to personalize their relationship dynamic will need to become masters of honest and upfront communication. Polyamorous people are exceptionally good at expressing themselves and in some sense have honed their own language.

Take “compersion” for example. The term specifically denotes experiencing joy through the act of witnessing another’s joy. While it’s generally used in poly circles to explain delight over a partner’s happiness derived from another love interest, it could be broader than that – pertaining to anybody the partner has a close bond with, be it a best friend or an overly adoring parent. 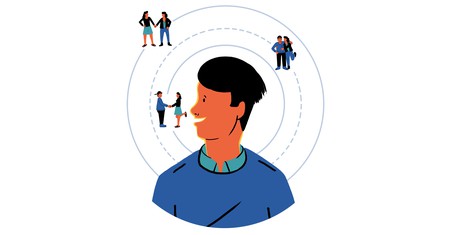 “While our society allows us to express sympathy and empathy and sadness for our partners, it’s harder for us to allow ourselves to express joy when we are not the source of that joy. Because that leads to jealousy,” explains Lin. She believes the first step for the monogamously inclined is to understanding that compersion exists. Then it’s a case of training your brain to process a typically jealousy-inducing situation in a new way.

Camila Recalde is an advertising strategist who researched New York’s polyamorous community as part of her college thesis. Having dabbled in ethical non-monogamy herself, she had the opportunity to put her compersion into practice after accidentally running into the guy she was seeing on a date with somebody else. In that moment, she was able to unpack her feelings, reason with herself and overcome the knee jerk jealousy response. She even managed something approaching happiness.

“It’s a matter of whether people can restructure their thought patterns and associations to certain things and work with them slowly, patiently, until they feel something more constructive and more loving,” Recalde explains. “[Polyamorous people] have to trace all their sentiments and explore why they feel that way. Then they actually might take it one step further. Not just ‘Why am I jealous?’ but ‘How can I undo this jealousy and turn it into something formative?’”

At the core of jealousy is the fear of losing the other person. Sometimes it’s valid, and an indication that a couple needs to have a challenging conversation, but it can also spring from the idea that your partner belongs solely to you. While some polyamorous people subscribe to a hierarchical relationship structure with an agreed commitment order which may include primary, secondary, tertiary partners, and so on, many people prefer to allow each love to be as unique as each individual relationship. There are no favorites, and the natural ebbs and flows of affection induced by time or circumstance are more accepted.

“That’s one of the best takeaways for everybody, is that love shouldn’t be a scorekeeping endeavor,” says Lin. “It should be a state, not a game. If you love somebody, you should just love them.”