Walt Whitman and the Magnetism of New York City 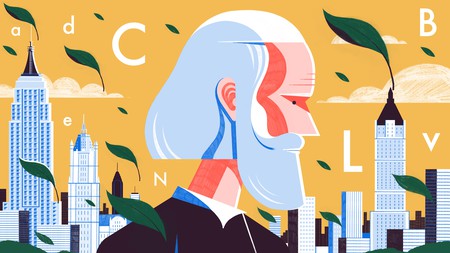 Inspired by the people and tumultuous pace of life in New York City, Walt Whitman’s poetry celebrated the burgeoning metropolis at a time when his contemporaries were retreating to nature and extolling the value of self-reliance.

In mid-19th century Eastern United States, a resistance was brewing among writers and intellectuals against the rise of urbanization. In his 1836 essay ‘Nature,’ Ralph Waldo Emerson articulated the philosophy of Transcendentalism, a school of thought rooted in individualism and the goodness of nature that went on to influence many American writers and thinkers over the next few decades. Henry David Thoreau published his seminal book Walden 18 years later, providing a manual for living off the land. 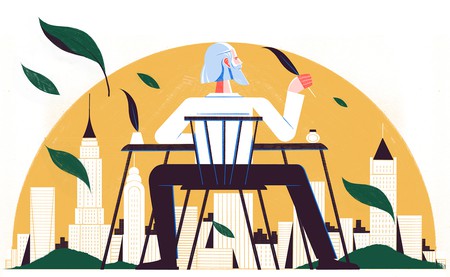 Emerging from this period of unease around the city and increasing industrialization was New York-based Walt Whitman, who would go on to be known as America’s pre-eminent urban poet. Born in a Long Island town, Whitman moved to Brooklyn as a child, where he would spend most of his life, along with Manhattan, working as a contributor and editor for various New York-based newspapers before turning his hand to poetry.

Whitman was endlessly stimulated by New York. Before writing what would become the first edition of his poetry collection Leaves of Grass in 1855, he penned a little-known mystery novel set in the city, which was published in a local newspaper. It was through poetry, however, that he was able to give expression to the sounds, sights and characters he encountered in the city. The free verse style for which he is known allowed him to mirror the ebb and flow of city life; in his 1860 poem ‘Mannahatta,’ he captures, in his flowing verse, New York’s “Numberless crowded streets, high growths of iron, slender, / strong, light, splendidly uprising toward clear skies.” His unrestrained, even rapturous, love for New York is expressed in sudden exclamations that are as uninhibited and raucous as the city itself: “City of hurried and sparkling waters! city of spires and masts!”

As a frequent commuter between Manhattan and Brooklyn, Whitman paints a recognizable image of the water-bound city. In ‘Mannahatta,’ he writes of the “flowing sea-currents, the little islands, larger adjoining islands,” and in ‘Crossing Brooklyn Ferry’ (1856), he eulogizes “the islands large and small.” But it was the people crossing the water every day who particularly inspired him: “Crowds of men and women attired in the usual costumes! how curious you are to me!”

Indeed, Whitman embraced the collective self. His celebration of the city’s crowds and communities represented a rejection of individualism, self-reliance and withdrawal to nature. In ‘Song of Myself’ (1855) – regarded as the poet’s magnum opus – he endeavored to write the first great American epic, adopting an omnipotent ‘I’ that would give a voice to every man, woman and child. In various poems about New York, he pays tribute to the many faces of the city, writing equally of “the livid faces of drunkards” (from ‘The Sleepers,’ 1855) and “Broadway, the women, the shops and shows” (from ‘Mannahatta’).

As he continued to live and work in a drastically changing city – during his time here, New York experienced an influx of Irish immigrants and the American Civil War, among other events – Whitman revised and republished Leaves of Grass multiple times over the course of his life. He cultivated an extraordinary social circle of artists, musicians and writers, with whom he would frequent the cellar bar Pfaff’s in Greenwich Village. In 2011, the bar briefly reopened as The Vault at Pfaff’s – inspired by a line from an unfinished Whitman poem – but closed shortly after. 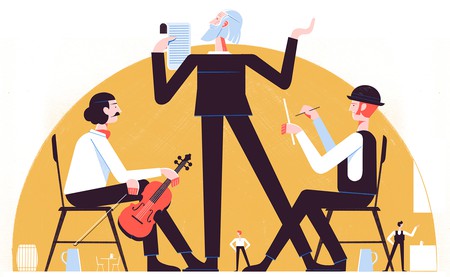 It’s possible to trace Whitman’s footsteps around the city, though many of the places frequented by the poet – including the shop that printed Leaves of Grass and the headquarters of newspaper The Brooklyn Daily Eagle, where Whitman was once editor – no longer exist in the same capacity. To experience New York as Whitman did, hop on a ferry or simply walk Manhattan’s streets. From the “hurrying human tides” of Broadway to the “tall masts of Mannahatta,” Whitman’s timeless portrait of the city is as relevant and vital now as it was when it was first imagined.