US Open Proudly Continues Tradition of Being Green 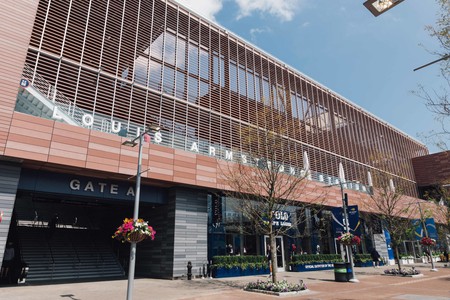 The US Open partnered with environmental consultant eco evolutions in 2008 in an effort to reduce emissions and waste. Since then, greenhouse-gas emissions from the annual tennis tournament held in New York City have been reduced by 94,000 metric tons and more than 4,000 tons of waste have been diverted from landfills.

The USTA Billie Jean King National Tennis Center – home to the US Open – recently underwent a five-year, $600 million facelift, culminating in the opening of the new Louis Armstrong Stadium.

The 14,000-seat facility, equipped with a retractable roof similar to the one atop Arthur Ashe Stadium, debuted at the 2018 US Open in Flushing, New York. While the renovations to the grounds improved the home of the annual grand slam event, the United States Tennis Association (USTA) also kept the environment as a top priority during the facelift.

Named after the iconic jazz musician who spent nearly half his life in Queens, Louis Armstrong Stadium is taking the steps toward becoming the third LEED-certified (Leadership in Energy and Environmental Design) building at the National Tennis Center, joining the Grandstand Stadium and US Open Transportation Building. The first naturally ventilated stadium in the world to have a retractable roof was designed to consume 28 percent less energy and uses 42 percent less water. More than 95 percent of the waste from the demolition of the stadium’s first incarnation was recycled. 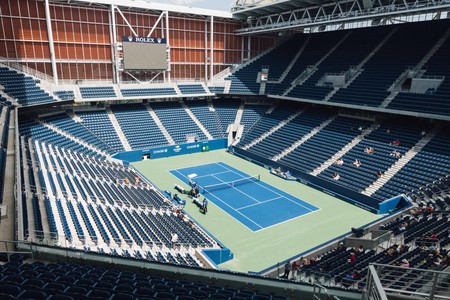 The green initiatives surrounding the new stadium don’t stop there. The USTA reduced water usage on landscaping around the stadium, used recycled materials and low-emitting paints and finishes in its construction and is composting and recycling to reduce the amount of waste sent to landfills.

Louis Armstrong Stadium continues a decade-long effort by the USTA to make the US Open environmentally friendly. The US Open celebrated the 11th year of its green initiative program in 2018. Since working with environmental consultant eco evolutions, the tournament has reduced its greenhouse-gas emissions by 94,000 metric tons, and more than 4,000 tons of waste generated during the two-week event have been diverted from landfills. Approximately 600 tons of food waste have been converted into nutrient-rich compost for gardens and farms, while more than 100 tons of food have been donated to local communities.