Unbuilt Buildings: The New York That Never Was 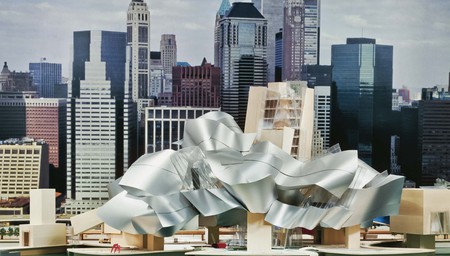 From social media to fast fashion choices, what we think will be left to the wayside, somehow resurfaces. A paradoxical new book from Metropolis shows that sometimes the imagination can be more powerful than what is already realized.

Every once in a while you come across a book that gets you excited – and you’re not sure why. “Pay attention to what moves you” has always been a personal motto, and Greg Goldin and Sam Lubell’s Never Built New York does exactly that. It incites a sense of nostalgia for a retro, futuristic New York City that never existed, one that is both forgotten and revealed, all within 400 pages of architectural sketches, drawings, and renditions. 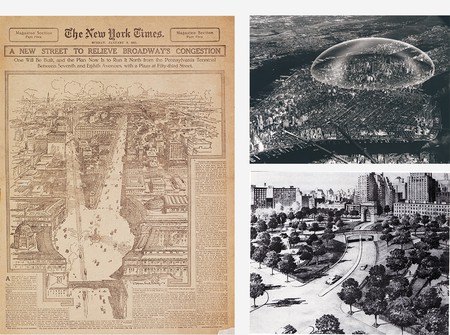 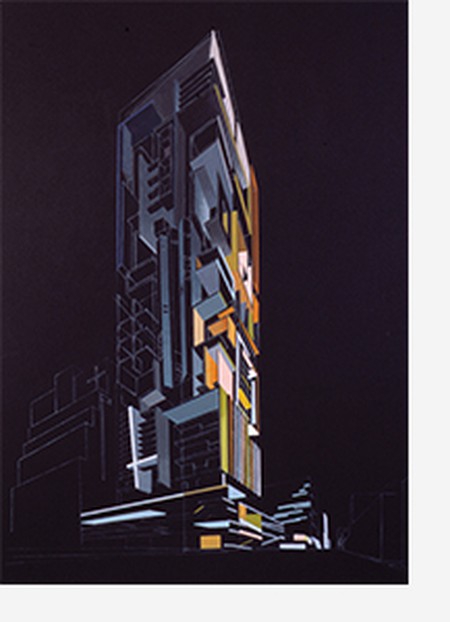 The power of architecture is not found in the walls themselves, but rather in the imagination behind the conception of those walls. A drawing can “lodge itself in the mind and build itself to great heights within it,” writes Daniel Libeskind in the book’s foreword. Perhaps it’s within this realm of brief obsessive fascination that the drawings in this book become realized – the possibilities vibrate off the page. “Architectural drawings and musical scores live a life of perfect solitude even if in a drawer or an attic. Their future is yet to come.”

Modern day New York is easily recognizable in photographs and embeds itself in the minds of every inhabitant and visitor. The city contains distinctive memories for millions of people – every street echoes each individual experience, and yet the setting stays the same (or at least moderately so). When confronted with the possibility of a changed New York, something strange occurs: a mixture of fear, nostalgia, and curiosity.

These architectural works, although never built, are still very much alive, and “therein lies the paradox of unbuilt and unperformed works,” says Libeskind. “They live in their own existence, oblivious to time,” he writes. 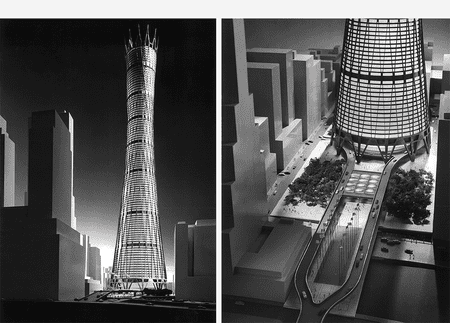 These structures, from Raymond Hood’s Skyscraper Bridges in 1925 to Frank Lloyd Wright’s futuristic Key Project for Ellis Island, are paradoxical: they’re a curated merge of what simultaneously is and isn’t, existing as both an apparition and reality. Although the book focuses on hundreds of separate projects, it still feels like a deeply personal rendition of New York City. The images are at once lost and found, discarded and reinterpreted, like emerging ghosts from an architectural past. Except, they still hold promise.

The concept of turning back, while looking ahead is a paradox in itself. Just as the past is never fully buried, the future often ascends from seemingly ‘lost’ concepts. These structures, birthed out of utility or fantasy, not only remain with us, but tease us with their possibility. Some, if not most, could be actualized at any given point in the future. Perhaps not in New York, but somewhere, someday in the vast world.

Never Built New York stands as a quiet, metaphorical reminder: that which is unrealized holds just as much impact as that which exists in mortar and stone; although the utility has yet to be seen, it doesn’t mean its grandeur and impact is any less. Just like any product of creative genius, these unbuilt architectural structures still resonate potential – they still wait, suspended in time, for their chance to become realized in a modern metropolis. 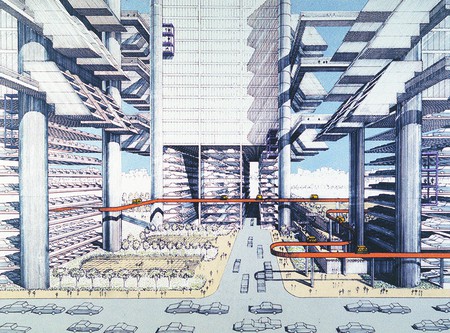