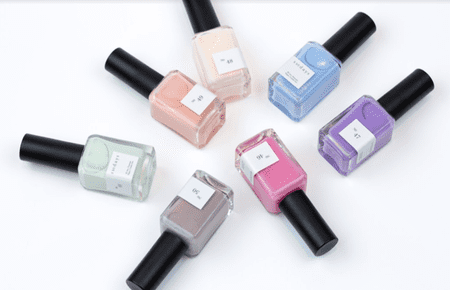 As soon as you step through the door, it’s clear that sundays nail studio is impeccably named. From its muted peachy pink décor to the small stacks of self-help books—the whole space channels the calm of a laid back Sunday afternoon. This is not your average New York manicure spot.

Founder Amy Ling Lin opened the first sundays location in NoMad in February of 2017, and followed it with a pop-up at Saks Fifth Avenue’s health-focused new floor, the Wellery. Her ambition is to make beauty—which is so often counterintuitive to wellness—synonymous with it, starting with her own vegan, cruelty-free, non-toxic nail polish formulas. 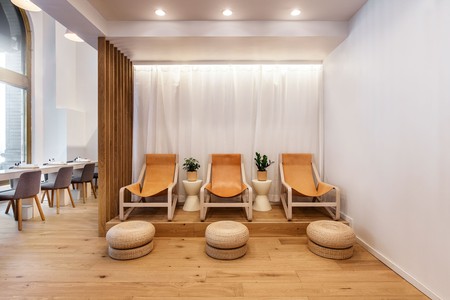 Nail products are among the most toxic substances women regularly put on their bodies, and an investigation by the New York Times in 2015 found that nail salon workers are at increased risk of cancer, lung disease and miscarriage, among other nasty ailments. Amazingly, sundays’ colored lacquers were developed without the nine most commonly used chemicals, and you can instantly smell the difference. There’s no trace of the usual abrasive odor, and happily the colors are no less vibrant or glossy.

While waiting for my chosen shade to dry (number 13—a bold Cherry Orange that’s perfect with a summer tan) I’m given a pair of headphones and an iPhone with a guided meditation audio, ready to play. Ling Lin has teamed up with meditation app Inscape, amplifying the self-care experience and giving clients the opportunity to use their time at the nail studio more mindfully. 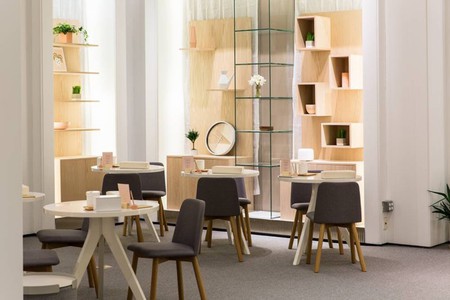 As a dulcet female voice introduces breath-focused meditation, my nail technician, Vivaldi, massages my neck and shoulders. It’s one of those instances when the stress that was present in your body becomes evident in contrast to how relaxed it suddenly feels.

By the time the app instructs me to slowly open my eyes, I’m ready to face the city with shiny red nails and unshakable serenity.