In general terms, folk art refers to artistic practices molded by life experience and inner vision rather than formal education. This idea of an unbridled and ‘raw’ creative impulse, unscathed by academic or social conditioning, continues to endure as a common denominator. Folk art encompasses the work of artists at the periphery or margins of society – the self-taught and the visionary. We take a closer look at five venues in NYC to discover true folk art. 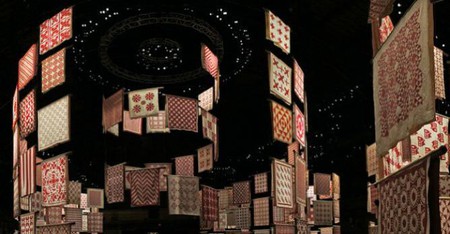 For a world-class museum experience off the beaten path, look no further; the American Folk Art Museum offers a refreshing take on the unheralded faces of the art world, past and present. The museum’s impressive holdings, spanning from the 18th century onward, boast thousands of works, seminal to the legacy of folk art in America. For web access to folk art finds, peruse the museum’s searchable, chronological online Folk Art magazine – all thanks to a recent public digitization initiative. Summer 2014 marked the launch of a new archive-wide search function, allowing visitors to easily access original research and scholarship on American folk art. Explore a multitude of photos, illustrations, and articles championing the cause of under-known artists. AFAM also offers a host of educational workshops, lectures, and special events. General admission is always free, and ‘Free Music Fridays’ are hosted every Friday from 5:30 to 7:30pm, making this destination ideal for museum-goers on a budget. 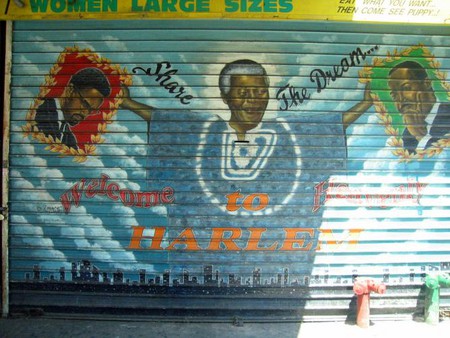 An alternative form of exhibition space materializes across the city as new public sites crop up in celebration of street artists and their oft-forgotten role in the expanding scope of folk art. In light of the controversial whitewashing of Long Island City’s graffiti landmark, 5 Pointz, issues surrounding the importance of urban vernacular have surfaced in contemporary culture. No public NYC site represents this question of preservation and artistic value more than East Harlem’s ever-evolving canvas, the Graffiti Hall of Fame. Founded by a community activist in the playground of the Jackie Robinson Educational Complex, this triumph of preservation has remained a collaborative outlet for dynamic, stylized expression over the past three decades. The wall is continuously re-painted, mirroring the complex ongoing dialogue between art and contemporary urban culture. To witness the illustrative masterpieces of some of NYC’s most famed and sought-after writers first hand, stop by when school isn’t in session. For more information, visit New York Graffiti.

The internationally acclaimed NYC-based Outsider Art Fair runs the gamut of visionary talent, from legendary to newly self-taught artists. Recent years have seen the rising relevance of the art fair as a global platform. Allowing viewers to see a wide range of carefully curated works in a short period of time, this annual event offers a diverse selection at any price point for both new and established collectors. The fair has also garnered attention for ‘upcycled’ works, by artists using green or re-purposed materials. This mode of art making is closely tethered to ideas surrounding the self-taught, many of whom draw upon resources at hand. Whether out of simple necessity or in symbolic gesture, this use of unconventional media serves to underscore the expressive spirit and imagery of folk art. 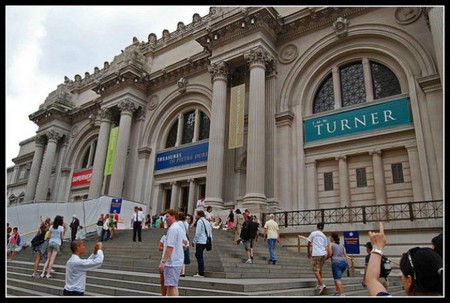 A ground-breaking survey of African American vernacular art was on display in the autumn of 2014. The Souls Grown Deep Foundation donated an impressive survey of 57 works to the Metropolitan Museum of Art. This major gift documented the trajectory of a visual tradition that took root in the deep south, likely during the earliest days of slavery. This vital expression of the African American experience featured 20 significant quilts created by the legendary women artists of Gee’s Bend, Alabama. Spanning over the past century, these works bring forth the underlying narrative, familial, and community traditions that define the African American community as a whole. William S. Arnett, founder and chairman emeritus of the Souls Grown Deep Foundation, noted, ‘… art lovers and cultural historians everywhere owe a great debt to the Metropolitan, where this historic work will now be seen alongside the current and past art of the world’s greatest civilisations.’

The program at Ricco Maresca Gallery establishes a critical dialogue; one that explores the vast and diverse nature of unique identity. The gallery’s mission calls for a re-thinking of the blurred lines that separate margin from mainstream, offering a cutting-edge exploration of the connection between artist and community. Nestled among eponymous Chelsea gallery scene standouts, Ricco/Maresca Gallery contrasts neighboring venues as a refreshingly authentic space in which to view the dynamically actualized visions of self-taught artists. Ricco/Maresca also publishes an online magazine, Fluence, integral to the gallery’s multi-faceted efforts to promote public awareness in the art world.

Emily Kenselaar is an artist, writer, and educator based in Greater NYC. The interests that inspire her work range from indigenous cuisine to feminism in a post-Internet age.