How To Travel From New Jersey to New York City 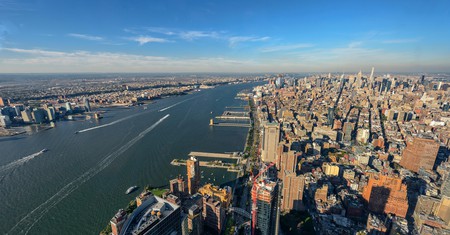 A few miles apart, separated only by the Hudson River, New Jersey and New York City are in plain sight of each other. Getting there would seem simple enough, but the number of transportation options available would make any seasoned commuter dizzy. So, whether you are riding the rails, traveling by bus or boat, here are the best ways to travel from New Jersey to New York City. 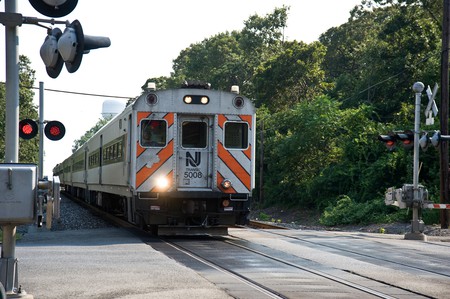 The NJ TRANSIT system is the second busiest rail system in the US, which means you won’t have much difficulty finding a train to take you between New Jersey and New York. Users are urged to visit the website for updated schedule adjustments, including departure/arrival times and any changes to station stops. The 11 NJ TRANSIT train lines have an extensive route that covers almost all of Northern New Jersey and shuttles riders into Penn Station in Midtown Manhattan. It’s a reliable, comfortable and easy mode of transportation, costing anywhere from $5 to $16+ depending on your location. 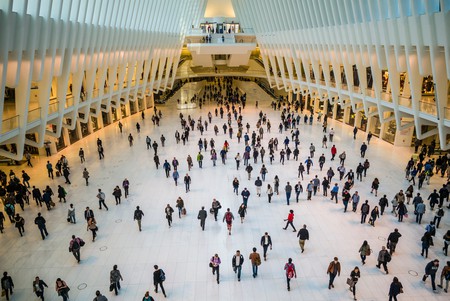 Running out of Hoboken, Jersey City, Harrison and Newark, the PATH train is a high-speed, underground system that links New Jersey riders to Lower and Midtown Manhattan. At just $2.75 a ride, it can also connect travelers to some New York City Subway stations and several other transit systems in New Jersey. It’s updated, modern and an enjoyable way to get in and out of Manhattan. Users are urged to check online schedules for updates. 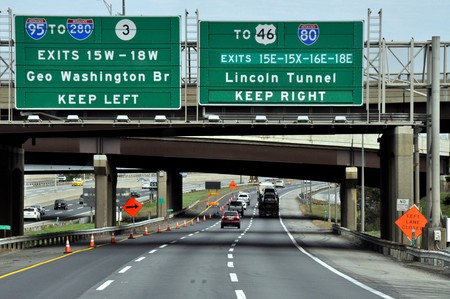 While this may be the less appealing option (looking at you, $12 bridge tolls) in terms of cost and efficiency, traveling into New York City from New Jersey is not as bad as you think. As long as you are keen on avoiding peak hour traffic, this mode of transportation can at times be the quickest and easiest route of all. If you’re coming from Northern New Jersey, you can take the George Washington Bridge or Tappan Zee Bridge into New York, while the Lincoln and Holland Tunnels are easily accessible if you’re a bit farther south.

Another option when traveling by car is to catch a ride with Uber or Lyft. Regular cab fees can soar up to $50 or more, so you might want to consider carpooling. 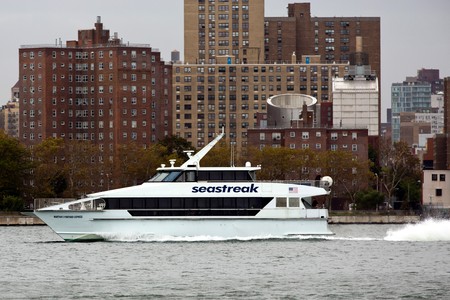 The NY Waterway touts itself as “the fastest commute to NYC,” and if you’re anywhere near the Hudson River, then that’s certainly the truth – after all, Manhattan is an island. Ferry riders can find eight different terminals located in Hoboken, Weehawken, Jersey City and Edgewater, New Jersey. However, it is the more expensive option. A one-way ticket on the ferry ranges from $9 to $20, but for some, a relaxing cruise into the city is certainly worth the price.

And for those folks who live a few more miles away, the high-speed Seastreak Ferry runs from Highlands and Atlantic Highlands, New Jersey, to several New York City ports. A spacious ship, complete with comfy seats, television and plenty of room to stretch out, the Seastreak will cost you $46+ round trip. On the bright side, the ride over is stunning, and you’ll pass the Statue of Liberty on your commute. Not too shabby. 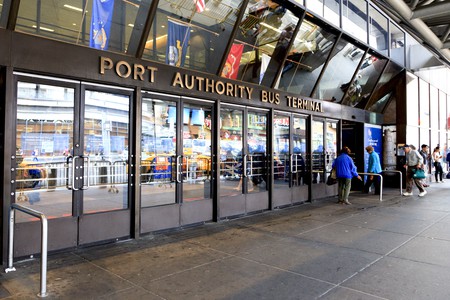 The Port Authority Bus Terminal is the main gateway for interstate buses into Manhattan. | © Osugi / Shutterstock

Depending on where you are traveling from, taking the bus in and out of the New York City Port Authority Terminal can be the cheapest mode of transportation. With bus stops and routes aplenty (240 to be exact), it’s a convenient and cost-effective option for New Jersey commuters. Catching the bus on a good day or during off-peak hours can get you into the city at lightning speed, but if you decide to battle Jersey’s infamous traffic, you can easily find yourself gridlocked. Pro-tip: Always leave yourself plenty of extra time.