Tracking Traffic in Cities Across the World 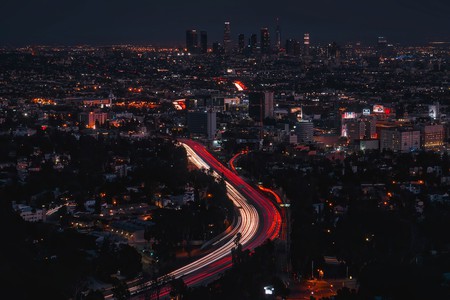 Los Angeles has the worst traffic problems in the world, according to some studies. | © 12019/Pixabay

From London to New York, Stuttgart to Shanghai, a city can be defined by the amount of traffic on its streets. Some cities, like Los Angeles, are notorious for their congested roads, while others are known to be more pleasant places to drive. Removing congestion from city streets is one of the major advantages of building smarter cities around the world.

Traffic jams are incredibly annoying, whether you’re visiting a city or living in one. They lose you time, for one thing, and every minute spent sat in a car rather than working or enjoying your free time actually costs money for the economy and yourself.

They’re also expensive and damaging to the environment. Perhaps the most important reason to do away with congestion is the amount of emissions being pumped into the air by stationary and slow-moving vehicles.

A study by INRIX Roadway Analytics published in September 2017, took all of these consequences into account, and determined the worst cities in the U.S. for traffic congestion. Unsurprisingly, L.A. was found to be the worst in the country, following on from a study earlier in the year that crowned it worst in the world.

According to INRIX’s September study, L.A. has 10 of the 25 worst traffic hotspots in America, costing drivers in the city an estimated $91 billion over the next 10 years. New York actually had more traffic hotspots than any other city, but, overall, they were less impactful than L.A.’s. They are expected to cost New York drivers $64 billion by 2026.

In Europe, a 2016 study showed that London has the worst traffic problems on the continent. The research, by Urban Europe, found that 101 hours on average were lost in the previous year by drivers in London due to traffic. This was significantly higher than the next worst city, Stuttgart, where a driver lost 73 hours on average. 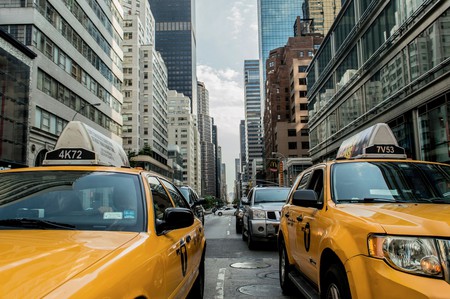 So how is the world addressing this problem? One way cities can improve traffic is by using sensors to collect as much data as possible from our roads, something they’ve been doing for a long time, although not on the scale expected in the coming years.

“I’m a traffic engineer, so everything we do relies on data coming back to us so we can react or sometimes be proactive to deliver solutions,” says Marwan Abboud, Senior Vice President of traffic planning and intelligent transportation systems at Arcadis, a design, engineering and management consultancy firm.

Cities have used sensors for some time to track traffic. One way of doing this is to install an inductive loop on the road, so when a car drives over it, the vehicle is detected. “That’s been in use for 30–40 years, that’s not new,” says Abboud. “We rely on that at an intersection for example. When a car comes up to the intersection it detects it and it knows the car is there so it gives it the traffic light.”

After the inductive sensors came the camera sensors, which can identify cars as they approach. And this was followed by radar sensors.

“They detect cars as they come towards the intersection and detect them further away from the intersection. The algorithm inside the computer that sits there can compute the length of green light needed, and when the green light needs to come on and optimize the flow of traffic so there’s less stoppage in general or time wasted. So those are becoming more prominent, where the signal becomes more adaptive or predictive,” says Abboud.

The next stage of traffic sensors is to increase how much they communicate with cars on the roads. Right now cars can receive traffic updates gathered from infrastructure sensors, but they aren’t talking to each other. In the future cars and cities will be able to pull masses of data about the state of traffic, all of which will be used to improve traffic flow and ease congestion.

And if the driverless car dream comes to fruition, you can expect to see even more sensors on our roads and cars.