Host a bizarre dinner party that your guests won’t soon forget with the help of Les Diners de Gala – an unsurprisingly extravagant cookbook written and illustrated by the great Salvador Dalí.First published in 1973 to fulfill the Surrealist master’s childhood dream of being a chef, only 400 (pricey) original editions are thought to remain. But after 43 years, Taschen will delight foodies, book worms, and art aficionados around the world by releasing a new series of affordable copies. So if you’ve ever dreamt of hosting an affair that’s equal parts “sensual, imaginative, and exotic,” now’s your chance. 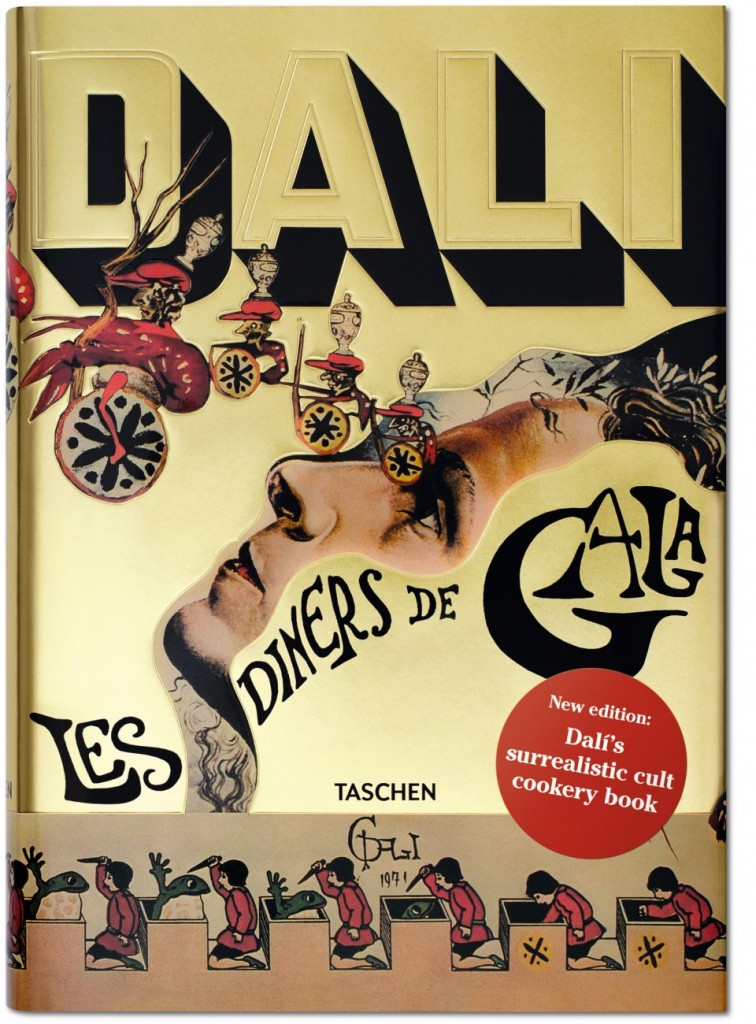 Cover of the English edition | Courtesy of Taschen

From intriguing topics of conversation sure to wow your guests to a list of recommended aphrodisiacs to serve them, Les Diners de Gala offers 12 chapters of 136 eccentric recipes, complete with spirited musings by the artist himself.

Disclaimer: “If you are a disciple of one of those calorie-counters who turn the joys of eating into a form of punishment, close this book at once; it is too lively, too aggressive, and far too impertinent for you.”

In other words, dieters be warned. That said, opulent-minded cooks everywhere may indulge in the savory pleasures of “Thousand Year Old Eggs,” “frog pasties,” and “crayfish in Viking herbs.” 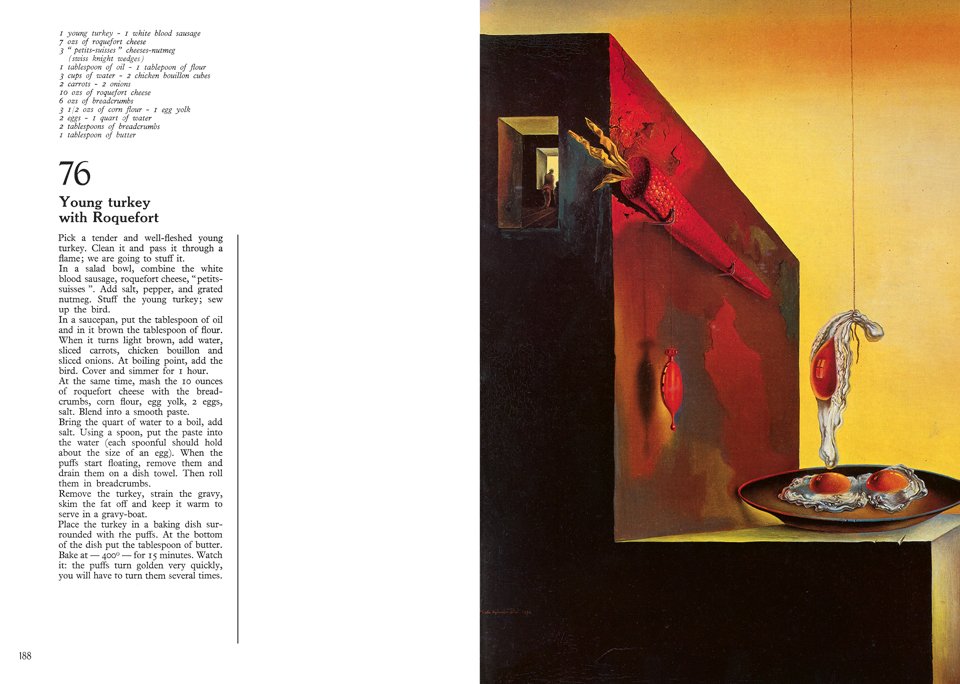 More than a legendary artist, Salvador Dalí was a 20th century socialite. He was well-known for his larger-than-life personality and some rather outrageous public stunts, which include supposedly urinating on the floor of New York City’s St. Regis Hotel in front of Andy Warhol.

Alongside his wife, who’s name was appropriately Gala, Dalí hosted many a lavish dinner party. Widely attended by celebrities donning extraordinary costumes with exotic animals creeping freely beneath their feet, Dalí writes from his years of experience hosting society’s elite – and leaving nothing to be desired.

As for the gustatory appeal of “sweet and sour beef round” or “toffee with pine cones,” aspiring modern-day socialites will just have to taste-test these recipes for themselves. But one thing is certain: Dalí’s artful depictions of surreal culinary worlds are undeniably tantalizing. 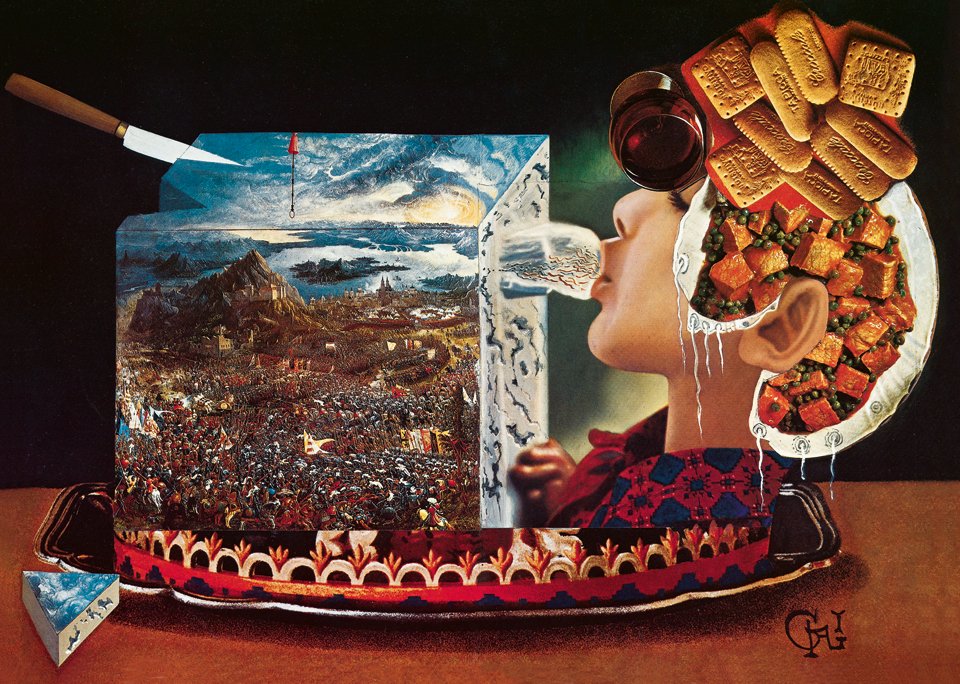 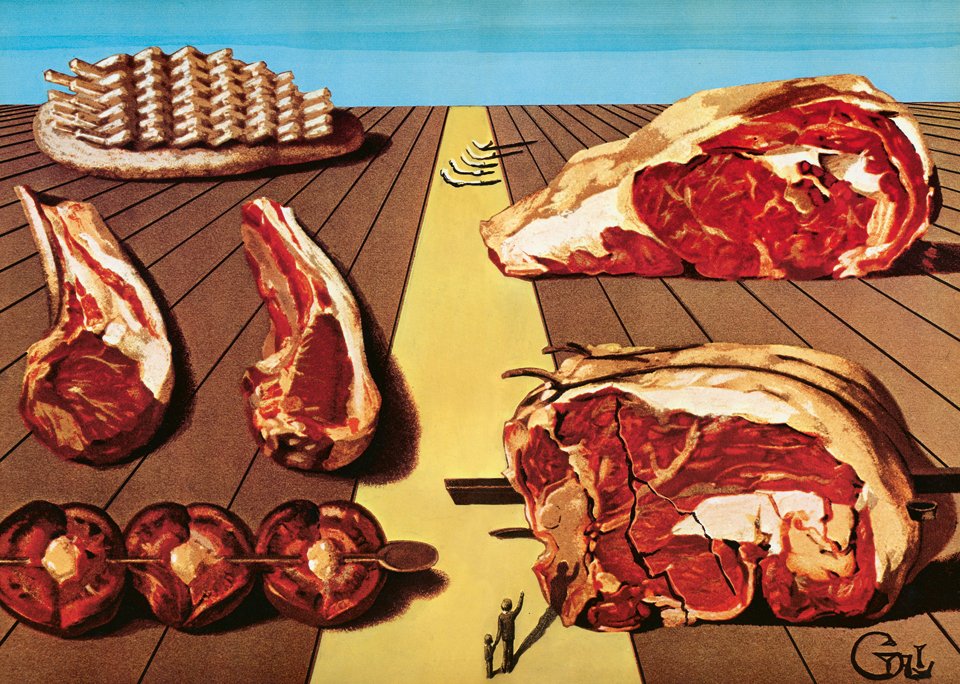 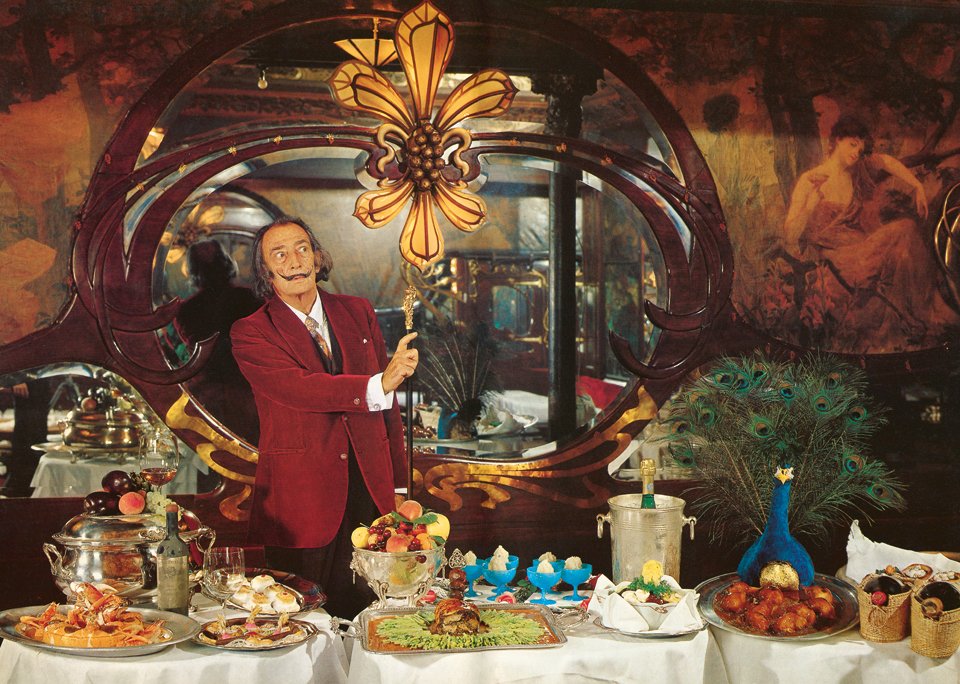