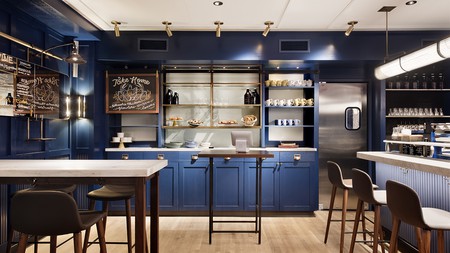 The culinary creatives behind some of the most buzzed-about new NYC restaurants – Rezdôra, Wayan and Benno – pay it forward by selecting the best new places to get a great meal.

Nobody knows good food better than the chefs testing the limits of cooking. While most of their time is spent in the kitchen refining and reinventing recipes, the back-of-house brains behind Rezdôra, Wayan and Benno – three of 2019’s most beloved New York restaurants – did get to sample some standout meals around the city. Chefs Stefano Secchi, Cédric Vongerichten and Jonathan Benno all landed on at least one end-of-year list for best new restaurant, so Culture Trip asked them to endorse some of their favorite new spots. 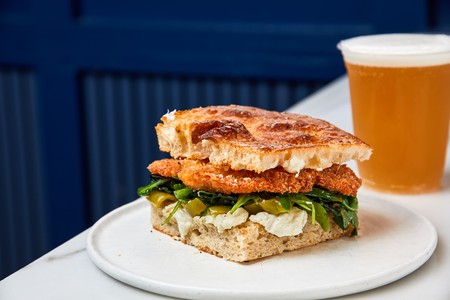 Daily Provisions is a neighborhood café with two locations: one in Union Square and another on the Upper West Side | © Peter Garritano

Located in the Flatiron District, Rezdôra is an ode to the Emilia-Romagna region of northern Italy. It was there, in the city of Modena, that Chef Stefano Secchi set out on a quest to find the best pasta. After dining at about 20 trattorias and osterie (taverns), he found what he was looking for at famed Hosteria Giusti, the 400-year-old eatery featured on the show Master of None. Secchi asked for a job, was turned away and then returned again the next day. His persistence paid off and he learned the process of making pasta by hand under Chef Nonna Morandi. Rezdôra, which translates to head of household (usually a noodle-making nonna), is his first solo venture. He selected the following spots as recent faves.

Daily Provisions
“I live in Gramercy, so [Daily Provisions] is one of my go-to neighborhood spots. They make these crullers, which are a deep fried pastry similar to a donut, that will blow your mind. They’re super rich and full of sugar but all around delicious. Of course I’ll have a nice cup of coffee to go with it.” 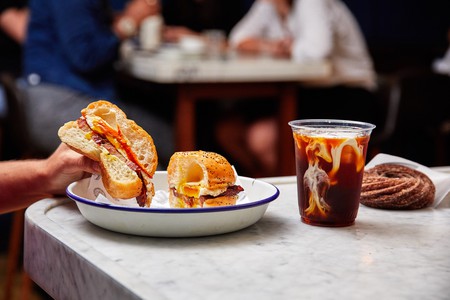 Daily Provisions’s sandwiches are made-to-order and there are breakfast, lunch and dinner options | © Peter Garritano

Patent Pending“Patent Pending is my go-to spot for a night cap. It’s a speakeasy in NoMad that’s hidden behind a coffee shop in the old Nicola Tesla building. The bar only fits around 20 people, so it’s pretty intimate, and they serve really creative cocktails. My go-to is the Made From Memory which is served warm with gin, apple brandy, orange liqueur, fig leaf, earl grey tea, and a splash of cream.”

Piccola Cucina Estiatorio“I was introduced to this place by a chef that works with us at Rezdôra,” says Secchi. “[Piccola Cucina] makes really simple seafood in the style of Sicilia or Southern Italy. It’s delicious and straightforward – I’d recommend the grilled octopus or fried sardines.” 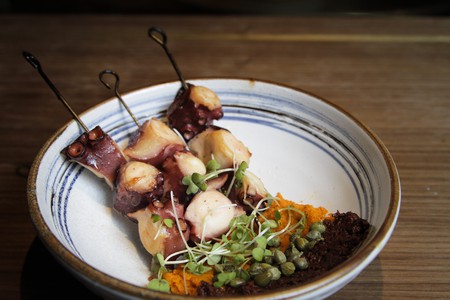 Jean-Georges Vongerichten is a titan of the culinary world, operating several three- and four-star eateries internationally. His son, Cédric, formerly executive chef at his father’s Perry St. restaurant in the West Village, has generated his own good press with Wayan. The younger Vongerichten opened the Indonesian-French hybrid as his stateside debut along with his wife Ochi after the two traveled to her home country in Southeast Asia. The food at this Nolita spot is meant to be shared, from satays, grilled and skewered meat, to the gado-gado salad and akuna cod bilindango.

Rezdora“Definitely our kids’ & [Ochi & my] favorite pasta in town,” Vongerichten says. “[I] recommend going with a group of friends and family and ordering one of each pasta to share.”

The Fulton“In my opinion, The Fulton is the best seafood restaurant in the city – and not just because my father told me to say this,” Vongerichten says of his father’s seafood restaurant at Pier 17. “I highly recommend the seafood tower and octopus.”

Nami Nori
Vongerichten and his wife love to go to Nami Nori after work. “It’s our go-to late-night dinner spot. [I] recommend the sweet shrimp topped with uni.” 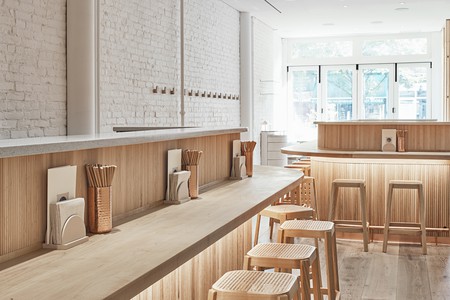 Before finding solo success, Chef Jonathan Benno worked at some of New York’s most respected restaurants (Daniel, Gramercy Tavern). He opened Lincoln Ristorante at Lincoln Center in 2014 where, as executive chef for six years, he earned a Michelin star. He repeated this feat in the 2020 guide with his eponymous creation, Benno, which serves Mediterranean fine cuisine that melds contemporary Italian flavors with a French flair. Housed inside the historic Evelyn Hotel, Nomad’s Benno has a diverse menu featuring pastas, American sturgeon caviar and coddled egg. Chef Benno lists his favorites of the year.

TAK Room
“My wife Liz and I were so busy with the restaurants this year we did not have much time to eat out. We were lucky to get to TAK Room,” Benno says. “All I need to say is ‘beef wellington’ – it is as good as it looks! For one thing, we all know TK [Chef Thomas Keller] knows how to bring ‘old school’ back to life!”

Wayan
“What is not to love about Cedric’s first independent restaurant, Wayan?,” Benno says. “My wife Liz and I loved all the bold flavors. I also loved how unique the space is, the decor fits very well!” 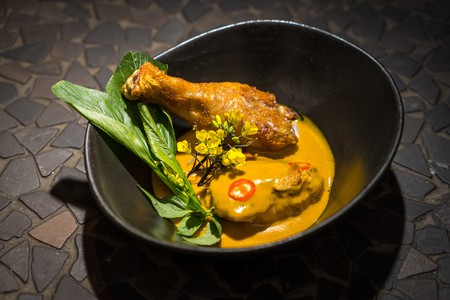 Nolita’s Wayan is a French-Indonesian restaurant that serves, among other dishes, yellow chicken with lemongrass, coconut and bok choi | © Noah Fecks

Shun
“Chef Alain Verzeroli (of Shun) is a mastermind at fine dining,“ says Benno. “We loved the French fare that had the most perfect and subtle hints of Asian ingredients. He did a Turbot with Salted Plum and Brown Butter. That dish blew us away.”

Other runners-up for Benno include CrownShy, Le Jardinier and Hudson Yards Grill. “We have a long list of restaurants to visit in 2020.”