This Uninhabited US Island is Considered Haunted – Here's Why 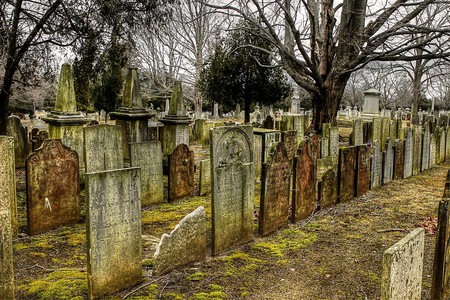 New York is one of the most famous cities in the world, but even the Big Apple harbors its secrets. One such secret can be found floating in the Long Island Sound, where an island so steeped in mystery it doesn’t appear on MTA maps, houses more than 1 million former New York residents – but none of them are alive today. Discover the sometimes spooky, always fascinating tale behind New York City’s never-mentioned feature, Hart Island.

Even prior to when it was first purchased by New York City back in 1868, Hart Island was the site of many misfortunes. During its time as a Civil War prison camp, 235 prisoners are reported to have died and been buried on the island, the first event in what would be a chain of tragedies to unfold on the island. In 1870, shortly after acquiring the island, the city’s most recent purchase played host to a quarantine facilities for yellow fever victims. After the epidemic, along with many of the hospital’s patients, had passed, Hart Island went on to house a women’s insane asylum, a tuberculosis hospital, a Cold War Nike missile base, and a prison. In each of the island’s reincarnations, only death and mystery served as constant presences. 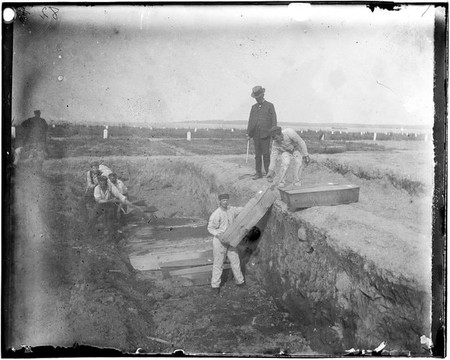 With a history like this, Hart Island’s current incarnation as the United States’ largest tax-funded cemetery should come as no surprise. With roughly 1,500 burials taking place each year, the island houses over 1 million bodies, all of which are either unknown or unclaimed. Everyone from destitute individuals to people without relatives or personal records identifying their burial requests can be found buried on the Potter’s Field, or burial grounds for unidentified bodies. Since the 1800s, inmates from New York’s Rikers Island have been charged with conducting the burial process, from transporting the deceased via ferry to digging the graves to burying the bodies in stacks of three 3-feet below the ground. This surprising cast of caretakers is one of many chilling facts about the island contributing to the rumors which surround it.

While there have been no recorded reports of spectral sightings, it’s easy to understand why many consider Hart Island to be haunted. Off-limits to the public, enforcing strict regulations for its scarce gravesite visiting hours, and housing no permanent living residents, Hart Island is dominated by the dead. Moreover, about 300 to 600 of the bodies buried each year are first used as medical cadavers, a practice which can be viewed as disturbing the deceased. Adding to the island’s abandoned atmosphere are structures forgotten by the living decades ago, including a chapel and hospital buildings. As sad as it is spooky, the tale of Hart Island is the best ghost story you’ve never heard of and one New York attraction you may want to leave off your list. 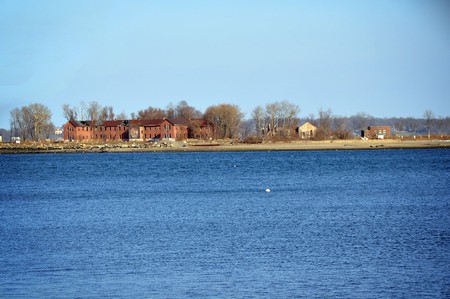