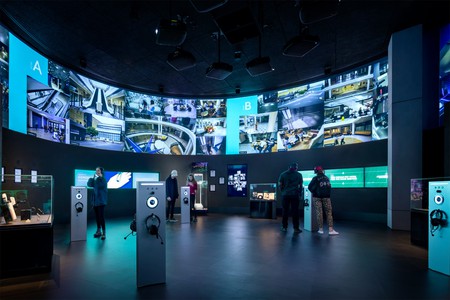 The Spyscape Museum has a number of interactive exhibitions | © Adjaye Associates

For anyone who’s dreamed of being the next James Bond or Jason Bourne, there’s a new museum opening in New York that might bring back memories of childhood fantasies.

The 60,000-square-foot Spyscape museum opened recently in Manhattan’s Hell’s Kitchen, with an interactive experience that lets you try out some spy-like activities, including dodging laser beams like Tom Cruise in Mission Impossible.

The more traditional part of the museum features stories of real-life spies, like Alan Turing, the British code-breaker who cracked German codes during World War II. The life of one-legged American spy Virginia Hall is also mentioned, as are actual objects, documents and technology from the real life world of espionage. 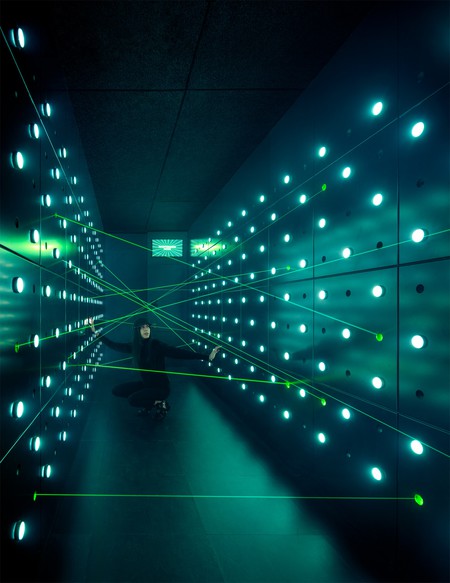 Visitors to the museum are given “identity band” wristbands when they enter, and use these to interact with different stations or to complete tasks throughout the building. These tasks include decoding messages, taking a lie detector test, dodging lasers, and monitoring CCTV footage. At the end of the experience each visitor is given a personal debrief, where a profiling system developed by a former head of training at British Intelligence tells you what kind of spy you are, which could be anything from an agent handler or a hacker to an intelligence analyst.

The building itself is an attraction as well, as it’s designed by David Adjaye, the British architect who was behind the National Museum of African American History in Washington D.C. The design references the interiors of actual spy organizations, and has smoked glazed doors and interactive video walls throughout. There are some interesting design features, including one exhibition pavilion that looks like a weathered steel drum with curved paneling. More features are designed to shift the visitor’s eyes, such as transparent floors, screens, differing lighting strategies, and perforations. 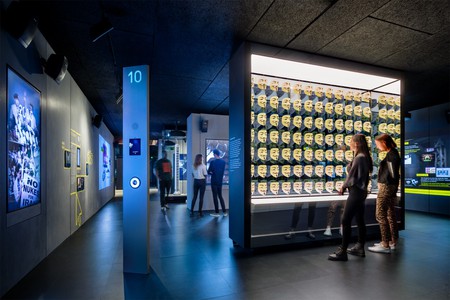 “It has been exciting to work with a client as truly innovative as SPYSCAPE,” said Lucy Tilley, Associate Director of Adjaye Associates, when the design was revealed. “Thanks to their forward-thinking vision, we have been able to challenge the traditional museum typology with a design that embraces state-of-the-art interactive technology to create a visitor experience that truly straddles the physical and digital worlds.”

Tickets for the museum—which is a for-profit enterprise—cost $39 for adults.