This Is the Pinkest Art You’ll See Today 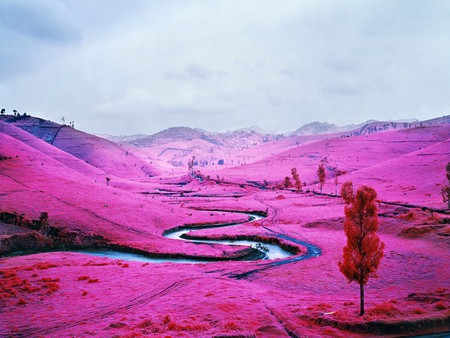 Everyday should be a pink-art day. There is no denying the allure of a colour that has been used by artists for centuries. It’s romantic, provocative and can be downright fun. So to celebrate our love of pink, we’ve selected the most eye-popping pink artworks for your sheer enjoyment.

Our Pink House by Olek

This awesome shocking-pink installation in Kerava, Finland was the brainchild of New York-based artist Olek. Wanting to respond to our challenging times of conflict and displacement, Olek worked with a group of Syrian and Ukrainian refugees to crochet the amazing pink covering for Our Pink House, which symbolises a sign of solidarity, community and above all, love. 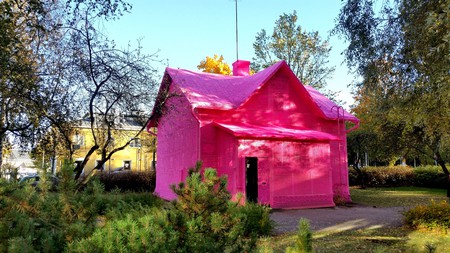 Pink hued settings take centre stage in the work of the young London-born artist, who loves working with anything that people regard as tacky. For her photographic series, The Honeymoon, Juno Calypso travelled to Pennsylvania, where she took a series of self-portraits as her alter ego, Joyce, in a bubble-gum coloured bathroom of a couples-only hotel. 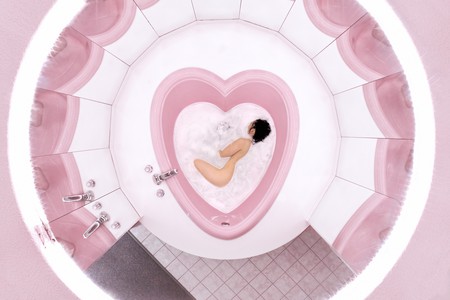 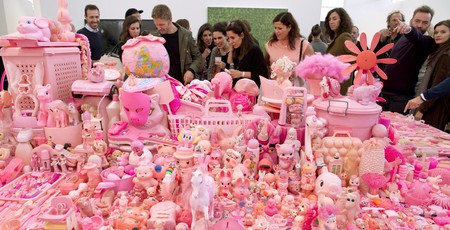 The Enclave by Richard Mosse

The Irish artist wowed visitors to the Venice Biennale in 2013 with his magenta-tinged photographs and films that make up The Enclave. Using decommissioned Kodachrome film that was intended for military surveillance to detect camouflaged insurgent groups, Mosse embarked on documenting the ongoing conflict between rebels and the army in the Democratic Republic of Congo. The result is an achingly beautiful record of a harsh reality. 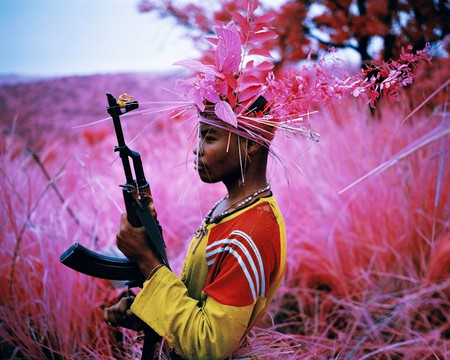 This fabulously extravagant take on a helicopter by the Portuguese artist Joana Vasconcelos is made from plush, pink, ostrich feathers, Swarovski crystals, leather and gold. It was included in her exhibition at Versailles and was inspired by the decadence of royalty such as Marie Antoinette. 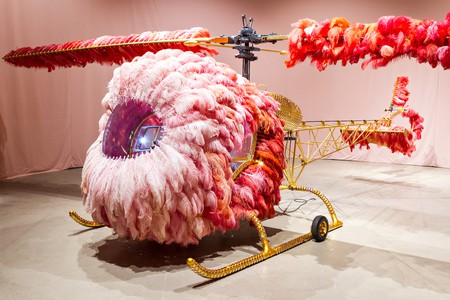 After the success of her immense site-specific installation, Rockaway!, the German artist has again used pink paint for her work in the ARoS Triennial. Grosse has created a bright intervention across a street in Aarhus city, which plays with the idea of scribbling and doodling. 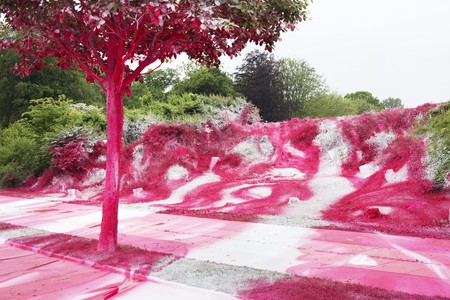 The mesmerising work of the video and multimedia artist is a true feast for the eyes. For her major survey at the New Museum in New York, Rist created installations that transformed the space into a dream-like environment as a cacophony of pink lighting hung from the ceiling. 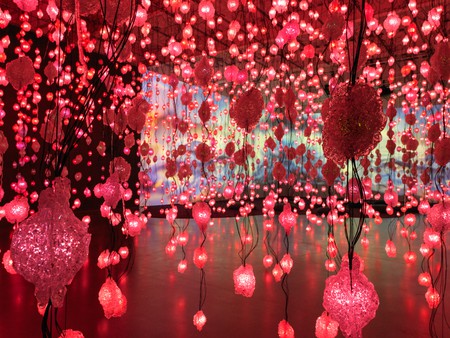 On the side of a hill above the village Artesina in the Italian Alps, the art collective Gelitin installed their giant pink rabbit that took almost five years to knit. Here, the act of finding a familiar everyday object like a child’s lost toy has been subverted into an unexpected experiential encounter that invites you to climb over the enormous sculpture. As the artists say: ‘As if knitted by giant grandmothers, lies this vast rabbit, to make you feel as small as a daisy.’ 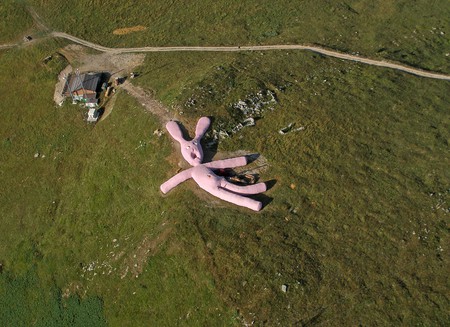 The late Austrian sculptor was known for his light-hearted yet arresting monumental sculptures that were the perfect antidote to the Viennese Actionists. Often sited in public spaces, his brightly coloured bulbous forms are intended to be physically interacted with by the public. Drama is a perfect example of West’s playfulness, possibly inspired by a Viennese sausage – as alluded to by the artist – its anthropomorphic pink fleshiness draws you to touch, climb and sit on it, so you become part of the performance of art. 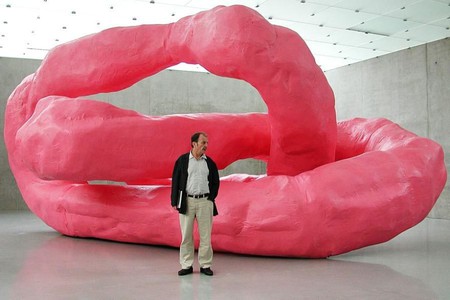 A master of light manipulation, James Turell has been toying with our perception of space through multicoloured light-filled installations for the past 50 years. For his ground-breaking site-specific work at the Guggenheim in 2013, he transformed the iconic rotunda designed by Frank Lloyd Wright, giving form to empty space with the use of changing natural and artificial light. The effect was a spellbinding immersive experience. 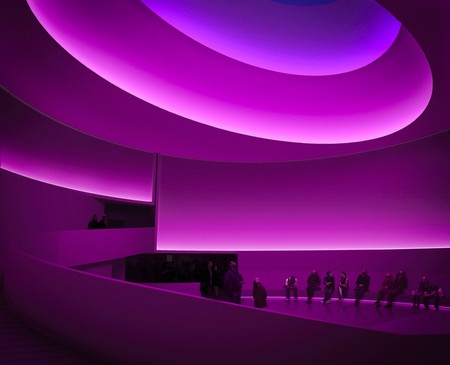